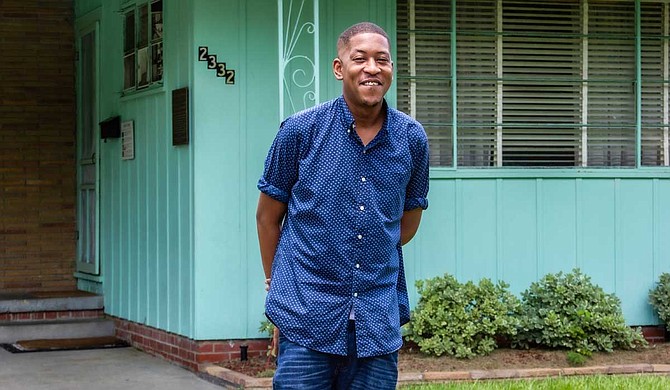 The most influential people sometimes come from unlikely places. Meet more of Jackson's under-40 power group. They're creative, connected, engaged, and making waves in the capital city and Mississippi.

Albert Sykes grew up in Jackson's Shady Oaks neighborhood. His first view of something other than the blighted neighborhood came in the form of Bob Moses' Algebra Project in sixth grade. Moses' influence and Sykes' realization that he was in a state that refuses to fully fund education but still holds schools accountable for the types of students they produce defined his purpose in life.

He helped found Young People's Project, an out-birth of Bob Moses' Algebra Project that trains young people to teach their peers mathematics, in 1997.

The 36-year-old father of four is active in the Our JPS Coalition, made up of people and community organizations who oppose the state takeover of Jackson Public Schools, and is a member of the NAACP State Education Committee. He currently serves as executive director of the Institute of Democratic Education in American, or IDEA, whose work centers around protecting public education. He hopes that IDEA can change the negative image of public education, especially in Mississippi.

"We try to show people that wherever you can point and see a bad school, we can show you some great students and some great educators that are doing the best that they can with the little that they have been given," he says.

Sykes hopes that his work will create a legacy in Mississippi that he can proudly leave to his sons.—Torsheta Jackson

Chrissy Cheshire, 32, knew she needed to make a difference when she saw the amount of dogs in a local animal shelter who needed homes. In 2011, she began her small nonprofit charity Cheshire Abbey after serving on the board of Community Animal Rescue & Adoptions, or CARA, in Jackson.

Cheshire was born in Louisiana. Her family moved to Jackson when she was in seventh grade She graduated from Jackson Academy in 1998 and then graduated from Mississippi College in 2002 with a bachelor's degree in communications.

"We just do whatever we can whenever we can with the funds that we  have," Cheshire says.

As a nonprofit business, Cheshire Abbey functions solely off the work of Cheshire herself and many volunteers. Her normal day of work can be filled with any surprises that may be expected when  running a business, she says. "Every day is a new adventure," she says.

When she and others rescue the dogs, foster homes throughout the community take them in, but Cheshire herself will also take the animals in if they are in need of more hands-on attention or medical assistance. In some cases, these foster homes eventually become permanent homes through the process of adoption.

"Although we lose a foster home, it is a gratifying feeling to see these dogs finally find a nurturing  home," she says.

Cheshire hopes that her actions provoke a change to the laws toward animals in Mississippi. For more information, visit cheshireabbey.com.—Taylor Williams

Damarco Gibbs, owner of It'z a Wrap MS, was 19 when he started working for his brother Oscar in Madison, Miss. That job introduced him to the business of tinting car windows. Then, after watching "Taxi," Gibbs had the idea to sell "color-changing car vinyl wraps.

"There's a scene in the movie during their attempt to escape where they pull the film off the car, and it's an entirely different color underneath," he says.

Gibbs was working for Oscar at PWT Customz Building, but he always had the desire to follow his own path. He also  wanted to do something that would inspire the young people around him.

When he was 23, he used $200 to buy some self-adhesive film, and by  following instructional videos on YouTube, he completed his first job: wrapping his own Dodge Charger in a powder blue color.

In 2013, he noticed interest for this product, so he went to Jacksonville, Fla., to get a car-wrapping certification at Hexis, a manufacturer of self-adhesive films for marketing. Same year, Gibbs returned to  Mississippi and started his business.

"My first customers were relatives, but I started using social media to advertise," Gibbs says. "Fellow car enthusiasts were enthralled with the idea that they could change the color of their vehicle without damaging the paint underneath."

Gibbs notes that even with the  growing popularity of color-changing wraps, he felt like something was missing from his business, so he began researching film types for commercial wraps.

"I ordered the machine to print  commercial graphics, taught myself  Photoshop and started printing my first commercial projects," he says.

Inspiration for the idea came when he began to receive calls from commercial  clients such as dealerships looking for ways to spruce up their vehicles and attract  buyers, he says.

Now, Gibbs, 29, has wrapped vehicles for companies from a number of states from Louisiana to New York, and some nonprofits. He has also opened a new location in Pearl, Miss.—Mauricio J. Quijano

Elizabeth Henry's passion is working to reduce the disparities that under-represented populations face. The 30-year-old Jackson native is the program director for Thriving in Ministry, an initiative at Millsaps College that provides women in ministry a network of support.

In its inaugural year, the program will support a cohort of 22 senior, solo or associate female pastors."I'm really excited about this because it is a way to empower people who are truly called, but are often under-resourced," Henry says.

Empowerment is central to her calling. As a campus minister for the Wesley Connexion, she seeks to connect students through faith-based programs on campus. Henry says the organization is an opportunity to unite the student population by hearing and addressing their concerns.

"We realize that Millsaps is a very diverse campus, so we want everyone to have a space where they feel safe, respected and able to connect with God however that makes sense for them," she says.

Her work is deeply rooted in the belief that all people should experience love and safety. "For people who that has not been true physically, I want them to feel safe and loved by God and among God's people," she says, "whether that's (LGBT) persons, persons of color or people from different nations ... whatever systems we need to put in place to ensure that is the case or whatever relationships we need to build, I want to empower people to be most able to use the gifts that God has given (them)."—Torsheta Jackson

Jauan Knight has a heart for helping young people. "It's always been my  passion to help young people and  especially those who look like me and who grew up in communities like me, who don't have (a lot)," he says.

As an undergraduate student at JSU, it became important to Knight to be active in the community. He volunteered with Planned Parenthood Generation Action and Organizers for Action Mississippi, interned with the American Civil Liberties Union and was active in the Student Government  Association. Seeing a need for political activism by young people, Knight joined Hinds County Young Democrats and helped  organize the JSU Young Democrats. He is also the founder of the JSU Mass Choir.

This summer, he served as a camp counselor for Camp 360, a week-long residential camp that Jackson Revival Center, or JRC, sponsors. He also works with the JRC Millennials, the church's young adult ministry.

Now an undergraduate recruiter for JSU, Knight, 23, remains a member of the Hinds Young Democrats with plans to  volunteer for several campaigns this fall. He also remains active with the choir he f ounded, acting as its staff adviser. For him, it is all part of being a model youth can follow.

"I feel like that is an area I've been called to while I still have influence because I'm still young," he says. "I want to take full advantage of my influence."—Torsheta Jackson

Hope Lodge Head Manager Linda Sermons describes her main job as "making sure the building doesn't fall down," she says. She also places importance on making sure her guests are comfortable, giving them what they need and someone to talk to.

"Just seeing a smile as they walk through the door can make their day," Sermons says.

Hope Lodge gives a home away from home to cancer patients who are receiving treatments from hospitals around the area. Each patient gets a private room and caregiver; space to socialize with each other, workers, volunteers, family members and friends; access to a washer and dryer; and more benefits.

Sermon's parents, Mississippi natives Jessie and Bettye Bracey, raised her in Worchester, N.Y. As a junior in high school, her family moved back to Mississippi, and she graduated from Murrah High School in 2006. Her bond with her northern home then drew her to New York for two years.

While working at a call center, her urge to give back to her community grew stronger. In August 2017, Sermons decided to apply with the American Cancer Society in Jackson and became the coordinator at the corporate office here.

She was involved in the preparing of the groundbreaking plans for Hope Lodge in Jackson.

Under her management, Sermons, 31, plans to not only improve the Hope Lodge experience for those involved, but to also strengthen the bond that has blossomed between the community of Jackson and the Hope Lodge, she says.—Taylor Williams

After hearing that Boulder, Colo., was one of the fittest cities in the 2016 Gallup-Sharecare Well-Being Index, Jackson native Sam Humphrey wondered how that healthy population could serve as a model for his hometown to combat the various health challenges that Jacksonians face.

"How could I connect those two populations of people?" he mused.

The 27-year-old Jackson native graduated from Warren Wilson College in Asheville, N.C., in 2015 with a bachelor's degree in environmental science, concentrating on sustainable agriculture. Prior to his tenure at Warren Wilson, he attended the University of Colorado in Boulder.

In answer to his question about how a fit city like Boulder could serve as a model for Jackson, he started Fertile Ground Farms in January 2019. The business, which currently operates out of the Ecoshed west of Fondren, is a regenerative urban farm that uses no chemicals on its plants.

Currently, Humphrey grows vegetables such as sweet peppers, cucumbers, lettuce and tomatoes. He sells to locations like Urban Foxes, Green Ghost Tacos, Walker's Drive-In and the Farmer's Table at the Mississippi Farmers Market. "I want to stay within the city limits," he says. "There's no reason for this food to travel."

He is also managing farming sites for the Fertile Ground Project, which seeks to improve the city's access to healthy food.

The nonprofit organization has also contracted Humphrey to plan an educational garden at Galloway Elementary School and planting an edible garden at Smith Park in a future redesign. The Ecoshed will also have a grocery store in 2020, he says.—Mike McDonald