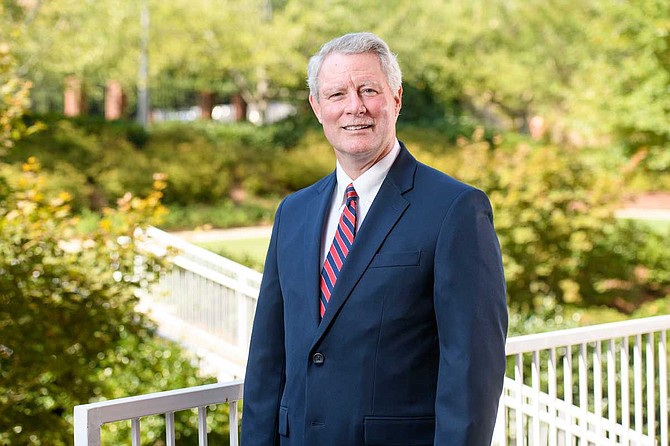 The Faculty Senate of the University of Mississippi passed a resolution late last night declaring "no confidence" in the Institutions of Higher Learning board's search process to find a replacement chancellor for the university, and no confidence in IHL itself "by reason of its conduct in connection with that search process."

The vote took place at an extraordinary session, first to address additional information the IHL board provided earlier in the week in the wake of controversy over its appointment of its consultant, Glenn Boyce, and then to vote on a pair of resolutions, one of which called for inquiry into a process to formally abolish the IHL. The proposed resolutions sent to the press on Wednesday were significantly amended at the extraordinary session, with the resolution calling for an end to the IHL tabled for further discussion.

Boyce began his tenure as chancellor of the University of Mississippi on Sunday, surrounded by furor over his sudden transformation from paid consultant to the IHL board to its confirmed selection. Boyce replaces Interim Chancellor Larry Sparks, who stepped in this January after the resignation of Jeffrey Vitter, whose own appointment followed the controversial ousting of Dan Jones in 2015. Boyce became commissioner of the IHL in April 2015, immediately after the replacement of Jones, and retired in June 2018.

The swift appointment of Boyce to the post follows months of concern over the process' transparency and legitimacy. In September, businessman Campbell McCool publicly relayed a rumor that the IHL Board intended to cut the search process short and unilaterally name a paid consultant chancellor without first consulting the committee. That rumor turned out to be exactly true, catching both the search committee members and the UM community at large completely by surprise.

Less than a month later, the website Mississippi Today reported a leak of the IHL board's shortlist, along with an endorsement of one of the initial applicants, former Rep. Chip Pickering, by Washington, D.C.-based lobbyist Trent Lott, an Ole Miss grad. It published eight names, five drawn from the Campus Search Advisory Committee, the remaining three suggested by the board's consultants. The leak sent shockwaves through the university, characterized by one faculty source as "unprecedented, in my experience."

Dr. Kate McGurn Centellas, Croft Associate Professor of Anthropology, suggested the leak and sudden selection of Boyce confirmed widely held beliefs that the IHL never took the committee's work seriously. Centellas described the leak as "suspicious and strategic." She added, "Certainly the analysis of some of my colleagues and peers, almost immediately as the list was published, was that it was a smokescreen, as they put it, a poison pill." Other sources independently shared this characterization.

Whatever its origins or purpose, the leak meant that a number of people on the shortlist distanced themselves from the process. University of Arizona President Robert Robbins told the Arizona Daily Star that he "shall not and would not seek this position," while Arkansas State University Chancellor Kelly Damphousse admitted to "exploring" the opportunity but removed his name from consideration prior to interviewing, citing the counsel of family.

The final blow to the Search Committee's process came on Oct. 3 when IHL's search firm, Buffkin-Baker, brought Boyce before the board for what the IHL claims was his first and only interview for the position. Boyce was hired on the spot. This radically expedited selection skipped numerous steps mandated for the search process.

However, as the Board was quick to mention, "Bylaw 301.0510 D. states that 'A member may move to suspend any policies, bylaws or rules. A motion to suspend shall state the matter of business to be considered, must be properly seconded, and shall fail without a vote in favor of same by at least seven members of the Board.'" If there is any action whatsoever this bylaw precludes, it remains to be seen.

Olivia Hawkins, a senior at the University and an organizer for Abolish IHL, one of the campus organizations responsible for the protests, told the Jackson Free Press that tensions have run high on campus since Campbell McCool confronted the IHL Board in September. But, Hawkins said there was never much confidence in the process to begin with.

The protests outside the planned press conference grew until the university police made the decision to cancel it. Boyce addressed the university in a conference call later that day. Since then, the only communication faculty and students received from the new chancellor has been an email on Thursday, Oct. 18, in which Boyce described his ties to the university and called for unity.

Speaking to Paul Gallo on his radio show this past Monday, Boyce distanced himself from the candidate search process, explaining that his role had been to host "listening sessions" intended to clarify to the board the qualities needed in an incoming Chancellor. For his part, Boyce seemed ready to put the controversy behind him.

The Faculty Senate, however, seemed to disagree as evidenced in an extraordinary meeting Thursday night, called the day before to consider the additional information the IHL had released earlier in the week, as well as two proposed resolutions. The first was a vote of no confidence in the IHL Board, its search process and the appointment of Boyce. The second called for a coalition of state universities across Mississippi to work toward abolishing the IHL by way of constitutional amendment, and to replace it with a "more responsive and representative governing system."

The Faculty Senate meeting quickly became an executive session, closed to the public. One participant sent the text of the passed resolution to the Jackson Free Press, making it clear that its language was amended. Faculty Senate Chair Meagen Rosenthal told the Jackson Free Press that the first order of business was to table the second resolution. Any discussion of joining with other faculty senates toward abolishing the IHL will take place at an upcoming session on Nov. 12.

The first resolution was discussed and amended over a period of several hours, with the most significant change being the removal of Boyce's name from the Senate's no-confidence vote. The resolution now calls upon the IHL Board to revise its policies in conjunction with Mississippi's public universities. Previously, it called for rescinding Boyce's appointment and returning to the chancellor search process.

Considering the significantly milder tone of the first resolution and the tabling of the second, the Jackson Free Press asked Rosenthal how the Faculty Senate intended to work with the IHL Board in light of Bylaw 301.0510 D. She paused a moment before responding.

"The IHL Board governs our institutions," she said. "We have to do our best to work with them and to see if we can't move forward in the best interests not only of the University of Mississippi but the other member institutions in the state."

Rosenthal further discussed hopes of developing closer relationships with faculty senates across Mississippi, something she said had not been prioritized before now. "I'm not saying it will be easy, or that it will happen quickly," she acknowledged, "but it's important work."

CLARIFICATION: After publication, Dr. Kelly Damphousse contacted the Jackson Free Press to clarify that he withdrew his name prior to interviewing at the University of Mississippi. The story initially stated that he withdrew after interviewing, and has been updated to reflect this.