OPINION: Parenting in the Age of School Shootings 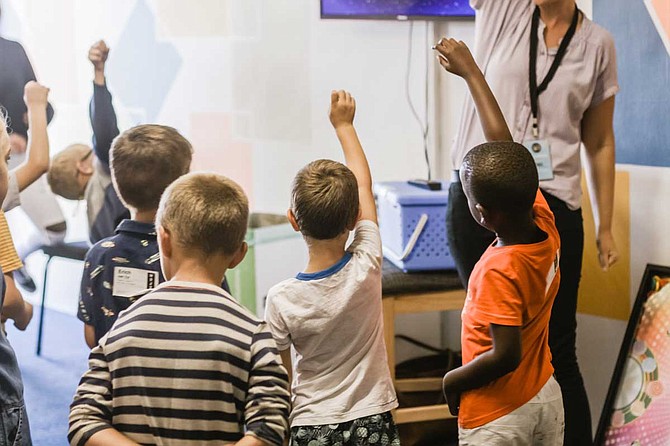 Children in schools nowadays are being instructed to prepare for danger. Photo by Nicole Honeywill on Unsplash

I picked my 8-year-old up from school on Tuesday afternoon to schlep her to her weekly dance lesson. In the car, I began the standard line of questioning: how was your day? Did anything interesting happen?

"We had a lockdown drill today," she responded.

I tensed up. I asked her to tell me what a lockdown is, and what it involves. I knew the answers. But I wanted to hear them from her.

The classroom lights are turned off. She and her third-grade peers are instructed to move to the corner of the classroom and sit against the wall, as far away from the door as possible. "That way, if someone looks in they can't see us," she explained.

"What do you do while you sit in the corner of the room," I asked.

"We can't talk or make any noises. I asked a friend what happens if the police wiggle the door handle, and after the drill I had to move my name down the color chart because I talked."

I asked if she knows why they practice this drill. "Yeah. If someone is in our school and is trying to hurt us, then we go into a lockdown."

Her younger brother's pre-school practices a similar drill. It is located within the interior of the college campus where I work. It shares a building with the university's police department. It is arguably the safest place on campus. Yet his classmates—3 and 4 years old—practice sitting quietly in the dark, pretending to hide from someone trying to shoot them. Neither he nor his older sister knows this is their drill's true purpose. Like any parent, I want to believe my children are safe at school. The constant carnage of mass shootings, including school shootings, makes that difficult. The failure to pass any meaningful gun legislation in response to each heartbreaking tragedy makes it impossible.

To be sure, the likelihood of any child becoming the victim of a school shooting is statistically negligible. Yet school shootings in the United States are far more common than in any other democratic nation in the world with more than 400 separate incidents since 2009. And whereas other democratic nation-states have passed meaningful gun legislation in the wake of their own tragedies, America has made it clear that while it loves its children, it loves its guns even more.

The vast majority of parents I know wish things were different. We wish our children could spend their school days practicing their math or spelling, and not how to avoid being shot.

But most parents I know understand the world we live in is one in which some children do not make it home from school. And we all know it's our fault.

If our children must practice how to avoid being killed while at school, then the least we can do is tell them the truth. Schools are not safe, because we don't want them to be. While we're being honest with our children, we should also tell them that there is little research on the effectiveness of the active-shooter drills we're forcing them to do.

Of course, revealing the true purpose of active-shooter drills may expose our children to the trauma of having to imagine why some children their age and younger go to school and never comes home. But the reality is that many of our children are already imagining such a scenario.

Perhaps most importantly, however, our inability to pass any meaningful gun legislation has completely ignored the very real trauma of parents who have to pick up the pieces when their child is one of the few who never comes home from school.

As a parent, then, please spare me the faux concern over traumatizing my child. The truth is already traumatizing enough, and it's clear that, as a nation, we aren't all that bothered by it. If we're going to continue to send our children to schools to practice how to avoid being shot because we refuse to do the things that will keep them safe, then the least we can do is tell them why: children must prepare for a potential active shooter, because our guns are more important than our babies.

James M. Thomas (JT) is an associate professor of sociology at the University of Mississippi. He is the author of four books and more than 20 peer-reviewed journal articles, book chapters, and other essays on the causes and consequences of racism in America and abroad. JT can be reached at [email protected], or on Twitter @Insurgent_Prof.