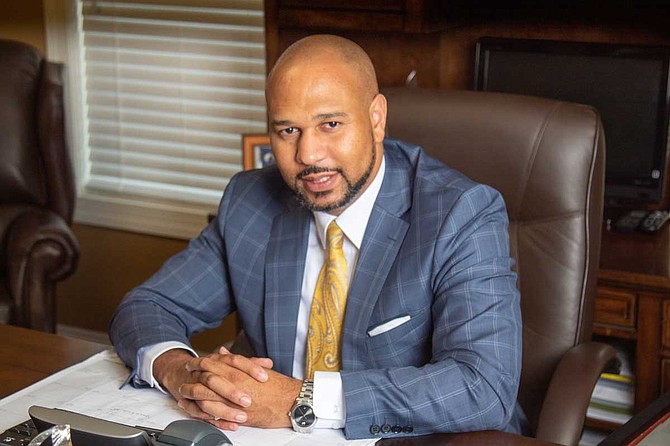 The moments when you find yourself needing legal counsel can be the most strenuous ones in your life. The Jackson Free press aims to simplify the process of finding an attorney who can help you with whatever situation you may be facing. Through your votes, we have compiled a list of your favorite lawyers and law firms for our Best of Jackson Legal ballot.

Carlos Moore, managing partner of the Cochran Firm Mississippi Delta, which Moore's own Tucker Moore Group, LLP, merged with in January 2019, has been practicing for 17 years since 2002.

The Cochran Firm's founder, Johnnie Cochran, is a member of Moore's fraternity, Kappa Alpha Psi, and a man Moore says he has looked up to for years.

"I've long admired Johnnie Cochran's work and aspired to be like him, Moore says. "He is a man of achievement, and I'm excited to be working him and to have more than 200 attorneys from his firm to assist me in my cases."

After the merger, Moore says he has been able to expand the breadth of his work to cover mass tort litigation cases and wrongful-death lawsuits across Mississippi, as well as police brutality and prison death cases. His other areas of practice include personal injury, worker's compensation, civil rights, Social Security disability, product liability and more.

Born in Pascagoula, Moore, 42, received his bachelor's degree in political science from the University of South Alabama in 1999 and his law degree from the Florida State University College of Law in 2002.

Moore founded his own firm called Moore Law Office in 2006. The firm became Moore Law Group in 2013 and then Tucker Moore Group in 2017 after Moore merged firms with attorney Charles Tucker. 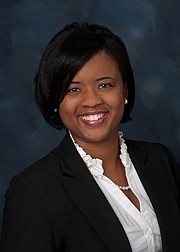 Ashley Wicks of Butler Snow says that she is "honored" to be voted as a finalist, considering that many people she interacts with do not understand her job.

"Most of the time, when people think of lawyers, they think of the litigative work in court, and I am more of a transactional lawyer. So most of my work is document-intensive, telephone calls and negotiating over the phone," she says.

Nevertheless, the Jackson native finds enjoyment in her practice, which she has been doing for 14 years in total, the last seven being with Butler Snow.

"The thing I love about my practice is that we're creating things, like we're creating schools, (and) we're helping to start new businesses," she says. "That means you're helping create jobs, so I like the creative aspect of my job."

Wicks earned her bachelor's degree in business administration from Jackson State University in 2001 and received her master's in professional accountancy from JSU in 2012.

Through her experience, Wicks has learned that those in her profession have to keep up with the law as it changes.

"You have to constantly keep abreast of new incentives, new regulations, to be a true expert," she says. - Nate Schumann

Chhabra & Gibbs, winner of Best Law Firm, formed at the start of the millennium after Rogen Chhabra and Darryl Gibbs began working together and decided to become partners.

"We built up a practice and decided that (Gibbs is) the yin to my yang," Chhabra says.

"We very often have different perspectives on how to solve problems for our clients, and we bring those perspectives together and usually come up with the best solution and strategy to keep the clients' case moving forward in their best interest."

Both men earned their law degrees from Mississippi College School of Law, Chhabra in 1998 and Gibbs in 2000.

Additionally, the firm has a "large and thriving immigration practice," Chhabra says. Collectively, the members of the immigration team speak English, Spanish, Arabic, French, Hindi, Urdu and Punjabi. The practice handles applications for bonds, asylum claims, appeals and more. Chhabra & Gibbs employs attorneys who are licensed to practice in all immigration courts across the country. - Nate Schumann 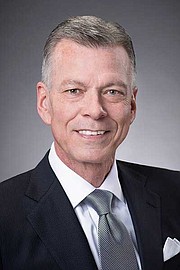 Careers in law seem to be hereditary in the Coxwell family. Frank Coxwell elected to become a lawyer to follow in the footsteps of his father. His brother did the same, and he has two cousins who also grew up to be lawyers.

Now, his daughter Rachel is also a lawyer and works with him at his firm Coxwell Attorneys.

Coxwell grew up in Clinton, Miss., and graduated from Clinton High School in 1972 and then enrolled at the University of Southern Mississippi. At the time, USM had a program that allowed students who had accumulated 90 hours to immediately enter law school rather than complete their undergraduate courses during their senior year. Thus, Coxwell enrolled in the Jackson School of Law, which became known as the Jackson School of Law at Mississippi College by the time he graduated with his law degree in 1978 and is now known as Mississippi College School of Law.

While he has practiced various facets of the law, Coxwell chose to limit his firm to bankruptcy cases.

"I liked bankruptcy. I actually filed bankruptcy myself in my early years of practice, and I saw what it did for people. ... The bankruptcy clients really appreciate what you do for them as far as getting the debt off of them and taking the burdens from them."   - Nate Schumann 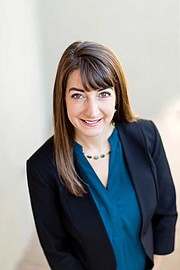 Melissa Malouf of Malouf and Malouf, winner of the Best of Jackson Best Family Attorney pop-up ballot, is dedicated to seeing families through what can be very difficult situations.

"This is the worst time in people's lives," Malouf says. "I think you have to try to be compassionate while doing your very best to represent them while getting them everything they deserve because they are trying to pick up the pieces in their life and (that) is hard to do."

The Jackson native has been a member of the family practice with her father, Micheal, and brother, Mike Jr., for more than 20 years. Although she concentrates on family law handling cases such as divorce and child custody, Malouf also handles criminal law cases.

She received her bachelor's degree in political science from the University of Mississippi in 1994 and her law degree from the Mississippi College School of Law in 1998.

Malouf is a member of the Capital Area Bar Association, the Mississippi Bar and the Charles Clark Chapter of the American Inns of Court. She is also a past officer of the Jackson Young Lawyers Association. In addition to her work at the firm, she offers no-cost seminars regarding family issues across the state and provides pro-bono representation through organizations such as the Mississippi Volunteer Lawyers Project and Mission First.. - Torsheta Jackson 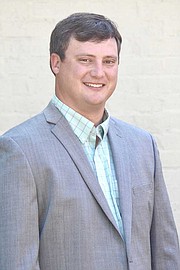 When Price Donahoo was an undergrad at Mississippi College, he started out as a pre-med major before quickly realizing that "a career involving math or chemistry was not for me." A longtime fan of "Law and Order," the Madison resident decided to change his major to political science, which prepared him for law school, before transferring to Mississippi State University.

"I became a skilled arguer," he says.

Donahoo had initially thought he may pursue federal law enforcement, but after doing better than he expected in law school, he ultimately chose law for his career path.

He worked as an attorney for Copeland, Cook, Taylor & Bush in Ridgeland for eight years focusing primarily on insurance defense before he founded his own firm, Donahoo Law Firm, in 2017. His firm covers a broad area of legal issues, which he has greatly enjoyed, he says.

"Owning my own firm has allowed me to practice many different areas of law while spreading my business and entrepreneurial wings," Donahoo says. - Annie McKee 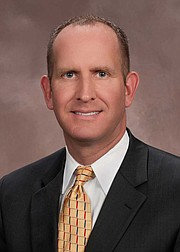 Kelly Kyle, originally from north Louisiana, moved to Jackson in 1989 to attend Mississippi College School of Law, where he earned his law degree in 1992, and he has remained in the area ever since.

Kyle has practiced law for 27 years and has been a partner with Kyle Wynn & Associates since May 2014. The firm focuses on estate planning, which entails helping individuals and families put things in order so that if someone becomes incapacitated, the person or persons they choose can attend to their affairs and so that their assets can be distributed as they wish once they pass away. The firm does this in a manner that minimizes the family's involvement in the court system, which helps clients avoid conservatorship and probates.

"Those are all expensive, burdensome processes that most people would just as soon avoid, and that's what we help our clients do," Kyle says.

Kyle says he enjoys the interpersonal aspects of his job.

"I get to meet a lot of very interesting people, some of whom have been very successful in their careers, and I always feel like I can learn something from them. I just really enjoy getting to meet all the people that we deal with and help them and their families avoid difficult situations." - Nate Schumann 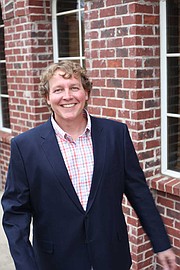 "Homeownership should be available to everyone," says Robert "Bobby" Moorehead, real estate attorney and owner of Robert E. Moorehead Attorneys at Law. Moore graduated from the University of Mississippi in 1992 and then enrolled in Mississippi College School of Law, where he earned his law degree in 1996. Since then, he has accrued a little more than two decades of experience.

During this time, he says he has learned that "A person's home is frequently the biggest asset they acquire" and that "homeownership is a way to acquire wealth."

Moore chose real estate as his specific career path because the real estate process is a mutually positive one. 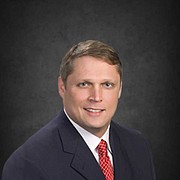 Law is in Rocky Wilkins' blood. His father, Samuel Wilkins, was a well-known criminal-defense attorney in Jackson. Wilkins, like most little boys, grew up following his father everywhere he went. From getting his coffee as a child, driving him to the courthouse as a teenager, carrying his briefcase as a college student, and trying several high profile murder cases with him after earning his law degree, those early days solidified Wilkins path in the field of law.

"I used to follow my dad over to the Hinds County Courthouse to try cases when I was a little kid," Wilkins says. "That's really all I've ever wanted to do in my life is to be a trial lawyer."

After running his own firm for nearly 15 years, he joined Morgan and Morgan in May of 2017 as the trial counsel for the state of Mississippi and became managing partner later the same year. In his role, he participates in every case that goes to trial from the Jackson office.

Wilkins says he decided to move out of the realm of criminal defense into an area where he feels he can make a larger impact in his community.

"For me, it was more about helping people and having a bigger impact on the community here in Jackson and here in Hinds County. To help somebody put their life back together is probably the most important part of my job because I always think about what I would want in a lawyer if I were in their shoes." - Torsheta Jackson