OPINION: Kentucky, Virginia and Louisiana Voted for Change; Mississippi Still Has Work to Do 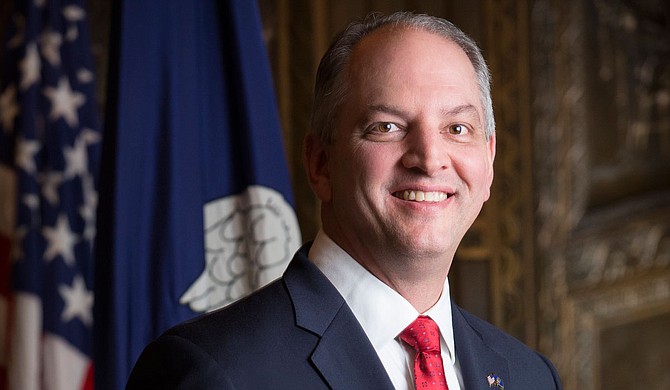 Many voters from all over the country went to the polls to decide on local and state elections on Tuesday, Nov. 5, 2019.

Democrat Andy Beshear defeated Republican Gov. Matt Bevin in a bitterly fought Kentucky governor's race. This defeat was one of the most unlikely upsets in recent election history. I must admit after Doug Jones' victory in Alabama, I did have hope for Beshear.

Democrats in Virginia's legislative elections had a great election night, flipping both the House and Senate. There has been a big debate over the last few years regarding Virginia going blue. But Democrats in Virginia have gained so much excitement in an off-year where state legislative elections were the biggest thing on the ballot; that means Virginia Democratic Party is organized and enthusiastic.

But the Mississippi outcomes—wherein no Democrats will now serve in statewide office—show the state is still facing a challenge in regard to turning blue. Republicans will now be the top seven state officials from governor to insurance commissioner. Many would say this isn't surprising for Mississippi. What is more surprising is the Jim Crow-era election law created to prevent people from color from being elected in Mississippi.

After Reconstruction ended and African Americans started to seek elected offices, framers from the state's 1890 Constitutional Convention sought to "secure to the State of Mississippi 'white supremacy,'" a journal of the convention's proceedings shows.

Accordingly, Mississippi adopted a two-pronged process for winning statewide offices: candidates must not only win a majority of votes in the state; they must also win in a majority of its 122 state house districts—only a third of which are majority black, despite the state having the nation's largest percentage of black voting-age residents. If a candidate fails to meet the second prong of this unique electoral procedure, the statehouse decides who wins—which is historically a majority that does not want black people in power.

The fact that Mississippi still has such a law on the books is an example of the forces that are in place to stop the black vote and the ability to elect African Americans at the top cabinet levels in the state.

The people of Kentucky and Virginia rejected the status quo and refused to play politics. They reclaimed their seats at the political table of power by electing a Democrat who will ensure that health care, education and jobs are front and center for the people of their state.

While the rest of the country is erupting in action by using the power of the vote to elect more progressive officials, it seems apathy has gripped a large portion of Mississippi.

When we see injustices in our communities, we need to step up and speak truth to power. We can no longer rely on others to keep speaking and doing the work of the community. We are all responsible for using our circles of influence to initiate change. We must see the plight of Mississippi as "our" responsibility.

We have the highest poverty rate in the entire country. Our educational systems are failing. Teachers need a pay raise. Many citizens need access to affordable health care in the state. Mississippi is the only state with the primary Confederate emblem on its flag. There is still no justice for Emmett Till, a 14-year-old African American male kidnapped and slain in 1955. There is still a dire need for racial reconciliation. And the list goes on and on.

It's time to ask ourselves: Why is this? Why does it take Mississippi so long to move more progressively? The blame for this, as well as other issues, rests squarely on the shoulders of Mississippians.

We must call for our political leaders to create initiatives and programs aimed at improving our communities, creating jobs and enabling our children to receive a quality education. If the political leaders can't guarantee any of these things, then we must vote them out. It is time for all Mississippians to accept change and stand with the rest of the world. The only way we can fix these problems that we face is not to be afraid to buck the norms and make bold, radical decisions in our voting booths.

We can't depend on those who are not residents of Mississippi to lead the state forward. They can help, but for the state to make progress, we must take the reins. We can't lead from behind. Mississippians have to be the face of the change.

I'm asking Mississippians at all levels to get involved. It doesn't matter if you're a coach or a mentor, Mississippi needs your help. If you are in a position of leadership within the faith-based community, we need you. It is time to move forward with action. It starts with getting people registered to vote and engaged in their community. We must also create strategic initiatives to dismantle the systemic racism set in place in Mississippi state laws. We must be willing to spread the message of progress and community.

Duvalier J. Malone, a native of Fayette, Miss., lives in Washington, D.C. He is the author of "Those Who Give A Damn: A Manual for Making a Difference" and is the CEO and founder of Duvalier Malone Enterprises.