OPINION: It's Not Easy Being a White Democrat in Mississippi | Jackson Free Press | Jackson, MS

OPINION: It's Not Easy Being a White Democrat in Mississippi 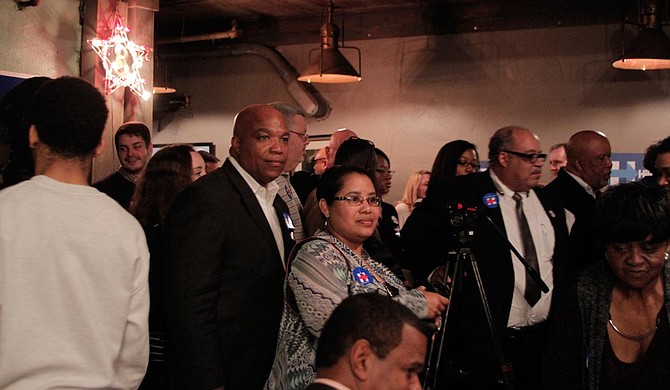 A white Democratic woman says she feels more welcome among the state's black Democrats than the white ones who are timid. Sometimes, they are even disrespectful toward black voters. Photo by Arielle Dreher

In a recent post-election post-mortem in the Jackson Free Press, editor Donna Ladd advances ideas about why Democrats lost almost all power in the Mississippi state government. One of her thoughts has to do with cowardice in the Mississippi Democratic Party, in the way that white men who control the party have been too timid to advance progressive values, or even uphold a plank in the national party platform for the bodily autonomy of women. 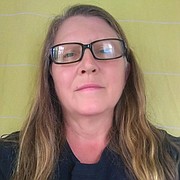 Ladd's story resonates with me because of the many times I've contemplated courage and cowardice in Mississippi and its politics.

I moved from Iowa to Mississippi in 2010 to prepare for retirement in a warm climate close to a coastline. My Mississippi cousin, Mike, helped me accomplish the move to a remote rural location south of Hattiesburg, which is touted as a retirement destination. I had been a Democratic voter in Iowa, part of a small-town caucus that had stood for Barack Obama the first time, and I planned to vote for him again. What it meant to be a white Democrat in Mississippi was unknown to me, until I was invited to a holiday party at the camp of some friends of my cousin Mike.

Yvonne and Bob (not their real names), elderly and retired in a deep rural location in Lamar County, welcomed me to their home. Yvonne hugged my neck, called me darlin', and admired my hair and clothing. Darkness came early while the men gathered around the smoker outside, where huge slabs of barbecued meat fell to pieces in redolent splendor. Inside the tin-roofed barn, the air was thick with cigarette smoke and shouts of merriment. A rock band was plugging in and tuning up on a little stage where a Confederate flag was the backdrop.

I had a drink in hand, a boozy concoction that went down like Kool-Aid. Yvonne caught sight of me and beckoned me into the kitchen. Standing over a steaming kettle of collards and turnips, she leaned in close. I could see the texture of her bright pink lipstick.

"Honey, don't say anything about President Obama, OK? I mean, I voted for him, too, but I don't want my party to be spoiled by a shooting!"

My eyebrows shot up. I had already noticed the large number of guns at the party. I was reared in a backwoods environment, too, where guns were a fact of life. Yet I was taught that civilized behavior required guns to be stowed away at a party. And the idea that the hostess, an elderly woman, had to be worried about gunplay over politics made me cold all over. In my book, people who brandish guns instead of words over ideas and principles are dastardly cowards not worthy of my friendship. So I kept my mouth shut, because discretion is the better part of valor.

Over the next few years, I watched and listened. A group of white teenagers beat a gay black man to death. At another party, a young white man began ranting about race wars, using the N-word. Two of my white neighbors used the N-word to me, and I had to correct them. One of those neighbors later admonished me for using the F-word. I told her I would stop if she would, but she declined. The other neighbor later told me that it was un-Christian for blacks and whites to intermingle.

By that time, I already knew that this neighbor had dropped out after the eighth grade, and he was so illiterate that he could not distinguish between "on" and "off." His coarse racism did not surprise me. He did not read, and he did not know any black people personally.

It took me a long time to realize that the cowardly, brutal mindset of white people in Mississippi also permeated the Democratic Party. One year, after the usual defeat of Democratic candidates, I attended a Fourth Congressional District meeting in Hattiesburg. Jacquie Amos, a black woman who works with the Democratic Party, was there. I met some NAACP people from my area. Campaign consultant Agnes Dalton sat at the front of the room with the executive committee. I think I remember Rickey Cole—the former chairman of the Mississippi Democratic Party and the unsuccessful nominee for agriculture commissioner this session—being there, too.

The white male candidate from the Coast who had lost the election was taking questions for discussion and analysis. A black person in the room asked him if he had reached out to the black churches. "Oh, I just didn't have time for that," he said. He started to talk about all the other things his campaign had done.

I flinched. The words struck me like a blow. I ducked down at the superior, dismissive tone of the white male candidate. I snuck a glance at Jacquie Amos, who is black. Her face was a monument carved in stone. I tried not to look at the NAACP representative from Wiggins. I felt hot and angry. I thought about getting up and walking out.

Later, I saw everyone shaking hands and smiling, so I thought I had overreacted to the remark. I couldn't say for sure why it bothered me so much.

But by that time, I had started attending a black church with a woman I had met doing volunteer work. Her name is Judy. She's a short, round dynamo of a woman, retired, never married, and responsible for a large extended family with deep roots in Mississippi. Judy and I bonded at the the Brother's Keeper Ministries food pantry in Poplarville. We had the same ideas about feeding people, about the importance of food in the struggle for survival.

I got my ideas growing up poor and white, while Judy got hers growing up poor and black. We had a lot in common. So when Judy began inviting me to functions in black churches where food was involved, I jumped at the chance. I love cooking in large kitchens with large groups of women who love food. And what is not to love about the music in black churches, the worship, the fellowship, the love? It only took a few times to get over being a white face there.

Who in their right mind does not have time for black church?

Looking around me one Sunday, I realized that I was surrounded by Democrats. There had been a comment from the pulpit about Donald Trump, not disrespectful, but acknowledging a slight from his administration. The congregation laughed, and some people swiveled to look at me. I said loudly, "Don't look at me, I didn't vote for him!" The laughter swelled again. These were my people. I was not going to find them in the white churches of rural south Mississippi.

I joined a Facebook group for left-leaning Mississippians. One year, a white male Democrat made a comment about how the Democratic Party was becoming the Black Panther party. I remember I laughed at first, thinking how stupid it sounded. By then, I was well aware that the words "Black Panther" are a racist dog whistle in Mississippi.

The moderator intervened, and the comment was removed. I could not believe that a white male Democrat was such a coward that he was trying to incite fear using a black stereotype. For the record, I am not afraid of the Black Panthers. They can come hang out at my house anytime.

There is never a perfect, seamless match between a political party and its people. But I think the Democratic Party in Mississippi can do a lot better. I won't make common cause with racists, so what I have done is cross over to the black side of the party. I channel all of my political activity into and through the black community. I see this as being entirely reasonable and logical.

I have a large cohort of Democrats in the black community, whereas they are scarce as hen's teeth in the white community. Jacquie Amos wrote recently in the Jackson Free Press that Democrats need to stick together. That was the conclusion I drew for myself. Once I had that epiphany, all the rest of it fell into place politically. That's why you no longer see me at political events in my area, unless someone in the black community invites me.

It's not easy being a white Democrat in Mississippi, but joining together with black Democrats is one of the easiest things I've ever done.

Diana Montoya is a retiree living in rural South Mississippi.

Readers can submit opinion columns up to 800 words to [email protected]. Please include factcheck links.