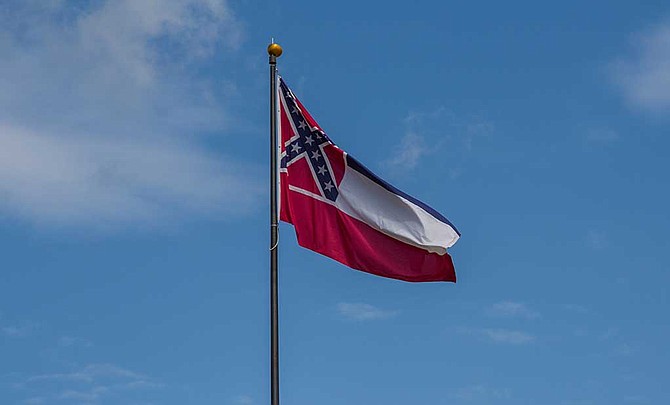 "The ball is in your court, Mississippians. It's time for us to stand together and elect a governor who will take down the Confederate flag in Mississippi." Photo courtesy Flickr/Diversey

It is no secret that Mississippi is a place where the struggle for racial harmony has been particularly tough and violent. Every state in the union has done the right and humane thing of removing the Confederate symbol from their flags. Mississippi stands alone, steeped in injustice and fear. In my personal journey in the fight for fairness, equality and progress, I've come to a stark conclusion: Gov. Phil Bryant has single-handedly prevented our state from progressing by not using his executive power to take down the Confederate flag in Mississippi. But his term is coming to a close with the upcoming governor's race on Nov. 5, 2019.

Change is something that we always discuss during an election year. It's an opportunity for the citizens to express their concerns and views, and present ideas to the candidates in the hope of seeing some type of change in their personal lives and within their communities. Health care, education, economic development and poverty are just a few issues that affect the citizens of Mississippi. But let's not forget the dark cloud that covers a state with such a dark past. The Confederate flag is a symbol of hate and division. This flag was display on trees from which many of my ancestors were hung and murdered under this banner of hate. Let's not forget young Emmett Till, a 14-year-old boy traveling from Chicago, who was kidnapped and murdered in Money, Miss., for whistling at a white woman, Carolyn Bryant Donham, who later admitted she lied.

Mississippi has a lot of blood on its hands. In order for true healing and racial reconciliation, the new governor of Mississippi must use his or her executive power and take down the Mississippi flag on inauguration day, and declare that it is a new day in Mississippi and raise a flag that represents all of us—one that would invite new businesses, students and people of many diverse backgrounds to want to make Mississippi their home.

It's the governor's job to tell the state's story while leading us forward to create progress and opportunity for people in the state. It's his or her job to present the narrative of Mississippi in the best light possible, putting our collective best foot forward in order to attract companies to come to do business with Mississippi and bring jobs to our state.

I would like to challenge each citizen to ask each candidate running for governor, "Will you take down the State of Mississippi's flag on day one?" If they cannot answer with a "Yes," then I would challenge you to think about the kind of leader you will be selecting to lead your state.

I've said it before, and I will continue to say it until everyone listens: The Confederate symbol is neither noble nor righteous. It represents bigotry, hatred and murder. Mississippians must come together and show the world that we stand firm against intolerance. The state can't move forward unless we're first willing to take a stand to remove the Confederate flag immediately. This must become the new heritage of Mississippi. We have the opportunity to drive a national conversation and lead at the forefront in the struggle against intolerance.

By refusing to let go of racist symbols and images, Mississippians are alienating an entire segment of Mississippi's population. When the state provides a supportive prop for racism in Mississippi, it hurts all Mississippians. Companies do not want to be associated with racism. They understand a simple concept that Mississippi's new governor should: Racism hurts the bottom line.

The ball is in your court, Mississippians. It's time for us to stand together and elect a governor who will take down the Confederate flag in Mississippi.