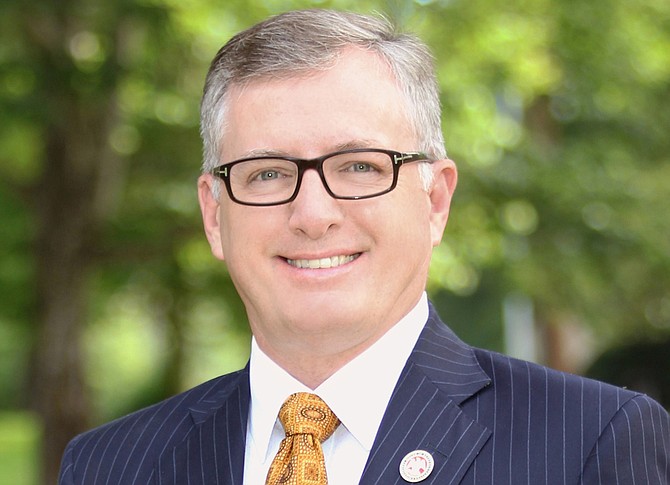 Mississippi Rep. Jay Hughes of Oxford is a Democratic candidate in the race to become Mississippi's next lieutenant governor. The Jackson Free Press emailed the following questionnaire to each candidate in the race. The answers below are the candidates' verbatim responses, with no edits whatsoever. Read more 2019 state political coverage here.

Why did you decide to run for lieutenant governor, and why would you be the best person for the job?

I decided to run because I believe that transparency and common sense have left the Capitol, and I want to make a difference by putting policy over politics, parties, and campaign donors. I would be the best candidate to serve as Lt. Governor because I'm absolutely tireless, authentic, passionate, and respectful, with a lifetime of experiences that hard-working and high-poverty Mississippians deal with daily.

I've gone from signing the backs of paychecks to the fronts of them, and I owe it all to public education. Instead of big campaign donors, I will answer to one group: the people of Mississippi. I respect that public education is the single greatest economic investment we can make to lift Mississippi higher in all areas.

Mississippi is near the bottom when it comes to healthcare coverage and outcomes. What's your plan to change that?

Access to healthcare is critical, as I have experienced first-hand in my family. Just because we have the highest poverty rate does not mean we should have the highest infant mortality rate and lowest access to care. I support the Mississippi Cares plan which has been put out by the Mississippi Hospital Association. It is Medicaid reform which will provide coverage for all of Mississippians, including non-disabled-disabled, between 19 and 64, who earn less than 138% of the Federal Poverty level.

How will you address Mississippi's teacher shortage and education funding crisis?

It is more than a teacher shortage, it is a teacher exodus and crisis. I have worked with educators and stakeholders for over a year to develop a solid K-12 Education Plan, called 20/20 Vision in 2020 It covers every aspect of improving public education in Mississippi. The high points are: Respecting teachers; less standardized testing and more letting teachers teach; quality pay; fully funding education; getting all classroom supply dollars actually to teachers for classroom supplies; switching to ACT and Work Keys in stead of End Of Course exams tied to graduation; re-working the accountability model from A-F, to a numerical system that measures all areas of education, specifically including growth.

What is your stance on using public school funds to pay for private school vouchers?

Absolutely not. Period. Public dollars are for public schools. If they were properly funded, all needs of all children could be met in public schools.

Where do you stand when it comes to our state's reliance on private prisons? Do you have any plans for criminal justice reform?

I am against private prisons. We should be rehabilitating inmates, not warehousing them. There should not be a profit motive involved in that equation. Conditions are unacceptable. I have worked closely with other legislators on criminal justice reform, which is sorely needed, and will work to get it passed as Lt. Governor. This ties back to quality education and ending the school-to-prison pipeline.

What will you do to improve life for women and children in this state? In particular, what are your plans to address Mississippi's high mortality rate for new mothers and infants?

I would bring forward and pass bills that I have previously sponsored or co-sponsored, but were killed by leadership: Evelyn Gandy Fair pay Act; Medicaid Reform as set forth in Mississippi Cares; Pass a law requiring mandatory insurance coverage for autism until age 21; universal pre-k; Sexual Assault Victims DNA Bill of Rights

What, if anything, will you do to make the lieutenant governor's office, Legislature and state government more transparent?

Require all committees and conference committees to meet in public. Require the agenda and bills to be considered by each committee to be posted for public review at least 24 hours before the meeting. Require the agenda of the committee to be be published online, with the agenda items linked to a pdf version of the bill for easy access by the public. Pass a law that requires the Secretary of State to have a searchable database of all campaign donors and recipients of the donations in one place.

How will you specifically address the issues that disproportionately impact African Americans and other minorities?

My staff and committee chairs and member appointments will reflect the same diversity of our state. They will be directly engaged in and consulted with each piece of legislation and how it might adversely impact minorities, or unintended consequences. This is directly related to having more transparent and legitimate committee hearings, where bills are actually considered and debated, instead of just crammed through by the highest bidder.

What will you do to help overcome partisan divides?

Respect and compromise. These are two things that are critical in marriage and business, but have been abandoned by a bully pulpit. I have a lifetime of building relationships with many different people who don't think like me, look like me, or act like me. I will find out what policies are important to each senator and try to address those, as we also address policies are important to others. As soon as we stop trying to pass bills about morals and social issues to get newspaper headlines, we will be able to focus on things that really matter to people, and improve quality of life issues in Mississippi.

What will be your top priorities if elected?

Public education. It ALL starts with education!