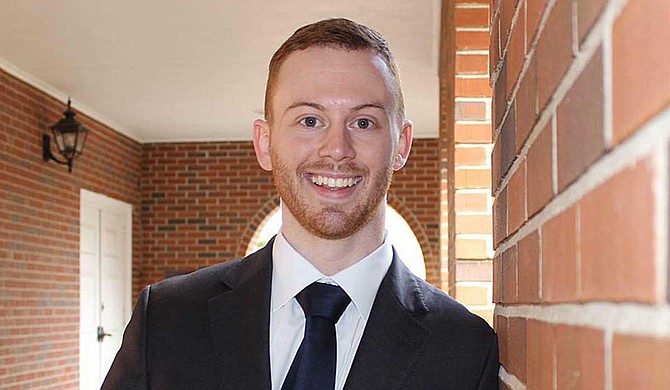 What are your top priorities, if elected?

My top two statewide priorities will be to reform our campaign finance laws and to seriously modernize our voting process. These two issues take priority for me because meaningful change in these two issues would make it easier to tackle every other issue we deal with as a state. We have a campaign finance system that allows for massive amounts of corporate donations to be injected into our elections. This results in candidates and elected officials valuing the requests of wealthy campaign donors over the needs of everyday Mississippians. It's important that we modernize our election process and catch up with other states in the country. We need to implement automatic voter registration to better add new, young voters to the voter rolls. We also need to implement no-excuse, early voting in Mississippi. Voting is a constitutional right. We should make constitutional rights easier to practice, not harder.

What are your priorities for your district?

The single biggest thing we need to do to benefit my district is to accept Medicaid Expansion, which is why I have made it the central issue of my campaign. We are in the midst of a rural healthcare crisis in this state, and it is affecting my district in very harmful ways. We have thousands of Mississippians who do not have insurance because they make too much money to qualify for Medicaid, but their employers do not offer private insurance plans, so they have to live and work day to day while uninsured. Accepting Medicaid Expansion would provide insurance for 300,000 working Mississippians. We also see the closures of rural hospitals across our state, and the others that remain open operate every day on the verge of closure. Medicaid Expansion will support our rural hospitals and provide 9,000 high paying jobs in the medical field in our rural areas.

What are your views on public education funding?

We have neglected our public education for far too long. I support the full funding of MAEP. It makes no sense to continue to not fully fund our public education system when we consistently rank at or near the bottom for educational outcomes as compared to other states in the US. We can't expect our children and grandchildren to be successful if we do not provide them with the tools for success.

How do you think Mississippi can solve its teacher shortage?

The biggest thing we can do is provide our teachers with the real pay raise that they deserve. I support increasing teacher pay to the Southeastern average. Increasing pay will incentivize those that want to teach to remain in Mississippi to educate future generations. I also support offering student loan forgiveness to educators that decide to remain in Mississippi.

What are your ideas for improving healthcare coverage and access?

As stated earlier in greater detail, Medicaid Expansion is the single most effective way we can improve healthcare coverage and access in my district and the state as a whole.

What are your ideas on criminal justice reform?

We need to eliminate mandatory minimums from our criminal justice system. I support the use of rehabilitation over prison time for non-violent drug offenses. Prisons are overcrowded, and we should avoid incarcerating people when reasonable to do so. I support ending cash bail. Cash bail favors the rich who can afford to buy their freedom and penalizing the poor who can't afford it. I also support the abolition of private prisons. It is an abomination that people can profit on the imprisonment of others.

What is your position on the six-week abortion ban the Legislature passed this year?

Do you have specific plans to address issues that disproportionately affect African Americans and other minorities?

I support the redrawing of district lines by a non-partisan committee to ensure that the racial gerrymandering that occurred in my district never happens again. Black voting power has historically been targeted and weakened by Republican leadership in this state. People have power when they vote, which is why it's crucial to ensure and lift up the voting power for all black voters in our state.

We need to become the 38th state to ratify the Equal Rights Amendment. If we ratify the ERA, that means we will be the last state needed for the two-thirds majority of all state legislatures in the US to make it an official constitutional amendment. By establishing the ERA into our constitution, we will more effectively be able to ensure equality for women on a whole range of issues.

We need to fully repeal HB 1523 and then immediately pass an equal protection bill. HB 1523 legalizes the discrimination of members of the LGBT community. It is important that we pass an equal protection bill to ensure protection for LGBT members in housing, employment and everyday life. Acts of violence against members of the LGBT community are increasing and should be treated as the hate crimes that they are.

I'm running because it's time for young Mississippians to stand up and bring about the change they wish to see. I'm running because I've worked alongside legislators and found out very quickly that the vast majority of them do not care about the issues that affect young people. I'm running because I believe that candidates should be held accountable to the voters and not to big money of special interests. I'm running to not only be a voice for the issues of today, but for those of tomorrow. I have a vision for the state for the next 40 years, not just the next 4. I believe there is something to be said for a candidate who could be in a position to help see these long term goals through till the end.

What will you do to make the Legislature more transparent and accountable?

Throughout my campaign, I have met with educators, farmers, mayors, supervisors, healthcare professionals and voters from all walks of life. I do this because my campaign is about opening the door so that people who are affected by an issue can have a seat at the table. I believe that teachers should be involved in the process when the legislature is dealing with issues that affect them. I feel the same way about every profession. They are the experts in their field, not the politicians in Jackson. I vow to include those who will be affected by my vote in my outreach efforts before taking legislative action.

Unlike some of my opponents in my primary, I am not a political opportunist. I did not have to wait on the results of a lawsuit in order to decide that I wanted to make a difference. I joined this race because I am passionate about making progress on the issues that affect all Mississippians. I believe that it is time for a new era of leadership in the Mississippi legislature, and I am confident that young Mississippians like me are ready to take control over the shaping of the future of our state.