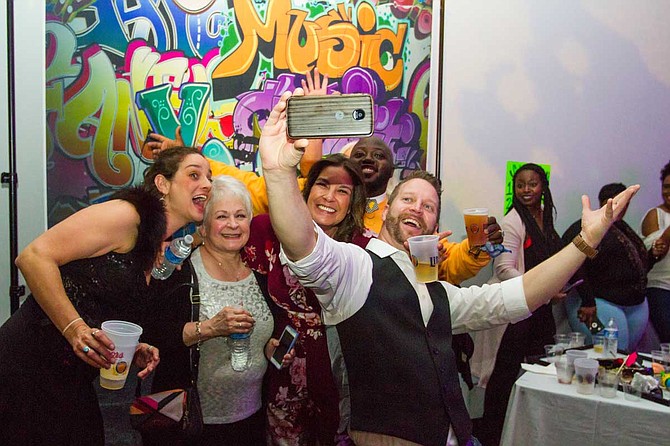 Each year, we use Best of Jackson to highlight the best local businesses, people and organizations in the city. Photo by Delreco Harris.

I've told the story a lot now. When we first launched the Jackson Free Press, that very first issue also had a ballot in it for what we dubbed "Best of Jackson."

In 2002-2003, people were down on Jackson. (Maybe even more than they are today, potholes aside.) Our local economy needed a boost. Our local entrepreneurs needed to be celebrated, and our local artists, musicians, professionals and service providers needed  to be noticed.

So, we launched the Best of Jackson ballot with plans for a BOJ issue. We had rules about who could place and win, as we always tried to lean toward the best local option in a category. We didn't want to know that some people remember "Pizza Hut" when they see the word "Pizza" since that name has been drilled into their heads by billions of dollars of advertising. We wanted to lift up the locals for taking a chance and putting out a shingle.

For the record, sometimes a local business outgrows the Best of Jackson awards—for most categories, next year, we'll be retiring Babalu from contention, for instance. Understand that we love Babalu, and we're proud as all get-out that they started in Jackson, but they're now headquartered in Georgia and were recently listed as one of fastest-growing chains in the country by RestaurantBusinessOnline.com, so we'll need to ease them out of some categories next year.

We don't begrudge them success, and that doesn't mean we won't be stopping by every so often for a margarita and some guac. We just want Best of Jackson to celebrate and lift up those things that are most unique about us.

Fortunately, some things have changed in the past 17 years for Jackson—one of which are the fantastic number of dining options we can now celebrate as local. If I were to call one name it might be Aplos—tons of recognition for them this year. If I called a second name, it might be Mama Nature's Juice Bar, run by local folks who are really taking us in the right direction nutritionally. And while they haven't been around yet to hit the Best of Jackson ballot, let's take note of all of the hardworking, risk-taking folks who've opened up in Cultivation Food Hall in the District at Eastover, starting businesses and giving us some new tastes we've never had in Jackson. That's a  really nice development to see.

Things that don't make us happy are the closing of Rainbow Co-op and High Noon Cafe—we certainly hope to see them back again in some form or fashion. Lucky Town's announcement that they'd close in midtown is also gut-wrenching. And we still miss La Finestra. (OK, I know. It's been a while.)

Good news is the big refresh to BRAVO!, continued success for Parlor Market, Barrelhouse, Westin Jackson, Fine & Dandy, and so many other fabulous additions to Jackson's food scene. Everyone seems to have navigated the steakhouse musical chairs fairly well (at least, the customers have) and stalwarts like Walker's, Char and Tico's  continue to shine.

The people are the folks who  really make the Best of Jackson what it is, and that's one reason why we continue to have such a large ballot that gives us such a headache to double-check (all y'all ballot-stuffers out there know who you are—the system works, people), count, write up and factcheck. (If you see any errors let us know, and we'll correct them—but there should be few enough of them with this team!)

Speaking of people, the people who put this issue together are led by none other than the fantastic Amber Helsel on words (and assignments) and the fabulous Kristin Brenemen on art. It wouldn't happen without them, and particular in this year when Donna Ladd was dealing with cancer, surgeries, recovery and all the fun that goes with it. Kimberly Griffin and Andrea Dilworth handled advertising and business issues with aplomb, while Zilpha Young helmed the ad design desk, churning out fantastic work quickly, creatively and effectively for our clients.

We say goodbye with this issue to Micah Smith, our long-time music editor and slightly shorter-time associate editor, who made a point of giving us a long transition, training his replacement (everybody welcome Nate Schumann to the staff) and working on tons of Best of Jackson stuff as he bid his farewell. We hope to have him still as a writer on occasion and as a member of the JFP family for the rest of his life.

This month we welcome Ashton Pittman to the staff reporter position covering state issues—the perfect transition from a fantastic fall as a freelancer. We, after all, expect a lot of state issues this year, not to mention important elections, and we know Ashton is up to the task. We also welcome a new reporting intern, Taylor Langele, who has jumped into the deep end covering the City of Jackson for us and is nailing it.

It's a new year, and you hold in your hands (if you've got the print edition) a fantastic testament to so many of the things that are great about living in Jackson. Hold onto this issue, try some new stuff, check out places you haven't been in a while, and always feel free to tell them where you read about them. We thank you for the opportunity to bring you the Best of Jackson each year, and we hope you enjoy this  edition. Cheers!

If you're a finalist or winner and would like to attend the Best of Jackson party on Jan. 27, please write [email protected] to RSVP. Unfortunately the public list is full, but finalists and winners are still welcome to RSVP. Thanks!