OPINION: Has the Heart of America Changed? Justice for Emmett Louis Till Now. 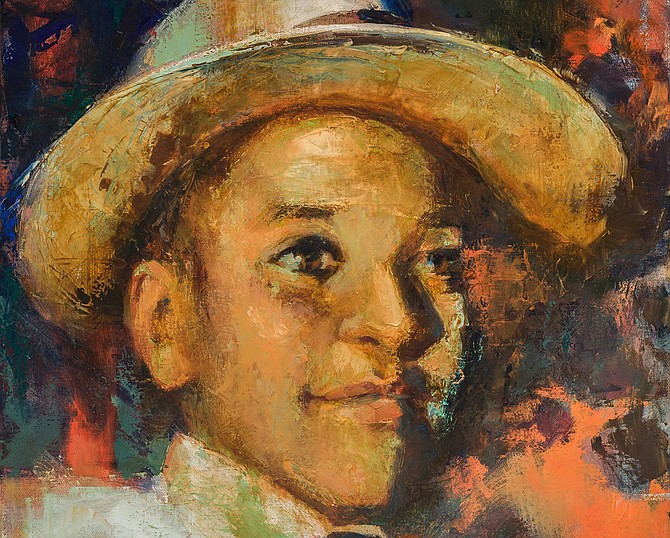 "Justice for Emmett Louis Till is not a black issue. This fight for justice transcends race. It's a call for us to show the world through action that no one is above the law and justice is for all in America. We can no longer remain silent." Painting by Bonnie Mettler

One of the most important years in American history was 1955, when Emmett Louis Till's mother Mamie Till Mobley made a bold step by having an open-casket funeral to show the world what had happened to her son in Mississippi. The 14-year-old boy from Chicago was visiting his family in Money, Miss., during the summer of 1955 when he allegedly whistled at Carolyn Bryant Donham, a white woman. The event was part of what led to his death. Donham, now 85 years old, has since admitted that she lied. Aug. 28, 2019, marks the 64th anniversary of Till's lynching,

Till's kidnapping, torture and murder changed the course of American history. Many historians believe this painful, ridiculous act sparked more progress in the Civil Rights Movement. During the year prior, the U.S. Supreme Court ruled on the landmark case, Brown vs. Board of Education, on May 17, 1954, declaring that American state laws establishing racial segregation in public schools are unconstitutional. The passing of this landmark case increased the racial tension in the Deep South. Roy Bryant and his half-brother J.W. Milam killed Till approximately one year later.

Lynchings and other brutal attacks toward African Americans were prevalent in Mississippi in 1955, but what made this one different was the bold step Till's mother took when she held an open casket so that the world could witness the level of hate that existed in the hearts of many Americans at the time.

Sixty-four years later, the precise details of Till's case continue to remain unsolved. Has the heart of America really changed? Will there ever be justice for Emmett Louis Till? The department of justice announced in July 2018 that it was reopening the Till investigation due to new information the agency received. It's been a year since this announcement, and the department has been silent. It reminds me of many lawmakers who refuse to call out racism, yet demand we unite as a country.

So, to answer my question earlier, have the hearts of many in America changed? My answer is "No!" Our actions as a country suggest we have not changed. This dark spot in our history is painful enough to reflect on, but to have our lawmakers and justice department remain silent is even more painful. Justice for Emmett Louis Till is not a black issue. This fight for justice transcends race. It's a call for us to show the world through action that no one is above the law and justice is for all in America. We can no longer remain silent.

In February 2017, when I organized and planned the "We Demand Justice" Rally for Emmett Till to demand justice and an apology from Carolyn Bryant Donham, many told me to stay silent, to not bring up the past because some things should stay buried. I called pastors and community leaders from within the African American community, and they refused to return my calls or join the rally. Many blacks attacked me, saying the rally was a photo op, and they made public attacks against the rallying cry for justice. My challenge on the 64th anniversary of Till's death is that we unite, using our circles of influence to not only fight for injustices but also to use our platforms to tell the stories. I refuse to sit back on the 64th anniversary Till's death and be silent. As I stated many times before, his mother Mamie Till Mobley wanted the world to see what had happened to her son, and we want the world to never forget it. We demand the department of justice to render a decision bringing justice to this civil-rights case that changed the world forever.

I encourage you to write the attorney general and the U.S. Department of Justice. Tell them now is the time to render a decision to the investigation of the murder of Emmett Till.

America is currently standing on the precipice of an important moment in our civil-rights history. As the U.S. Department of Justice investigates Emmett Till's murder and Carolyn Bryant Donham's confession, we must do everything in our power to make our voices known and demand that justice be done. Justice is the only way that we will truly see the racial healing that our society direly needs in this current political climate.