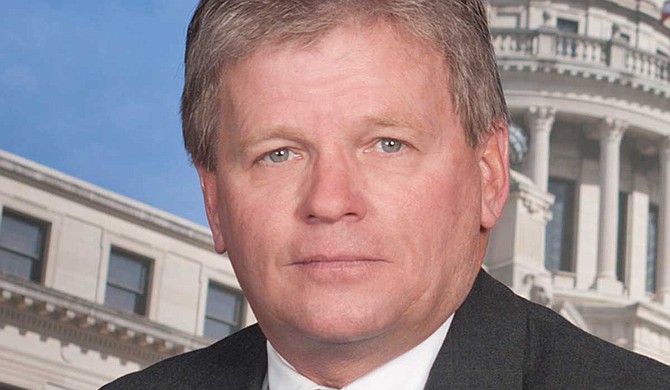 LUCEDALE, Miss. (AP) — A judge on Tuesday acquitted a Mississippi lawmaker of a domestic violence charge in which he was accused of punching his wife in the face because she didn't undress quickly enough when he wanted to have sex.

The Sun Herald reports Michele McLeod testified that her husband drank less than two tumblers full of wine, mixing them with prescription-strength painkiller on May 18. Michele McLeod said Doug McLeod was "in a state of delirium" when one of his limbs, "probably his arm," hit her face.

Michele McLeod had refused to cooperate with or testify for the prosecution.

Before announcing his verdict, Bullock said that he could understand after hearing the wife's testimony how Doug McLeod could have struck her accidentally.

Michele McLeod's testimony contrasted with body camera video recorded by a deputy who responded to the home May 18. In the video recorded that night, Michele McLeod described her husband as an angry drunk. "Anything can trigger him to get like that," she told George County Sheriff's Deputy Robert Karg. "He lost it. He gets like that when he drinks too much."

Doug McLeod opened the door for Karg and said "Are you kidding me?" when Karg told him why he was there, according to the court testimony. After walking back inside the house, McLeod returned outside and said, "I'm sorry. I'm sorry, man."

Karg said McLeod was drinking out of a glass that smelled like "wine or alcohol."

Defense attorney Christopher Dobbins focused Tuesday on the three different police reports produced in the case. While on the stand, Karg testified that Michele McLeod told him she was hit because she was not undressing fast enough for sex, mirroring what Merrill testified to earlier in the morning. However, one of the three reports left that detail out, and Karg said his body camera was off when Michele McLeod told him that.

McLeod, a second-term Lucedale Republican, represents parts of George and Stone counties in southeast Mississippi. He stands unopposed for reelection and his arrest came after the qualifying deadline for the November ballot.

Despite his acquittal, McLeod could still face repercussions in the Legislature. House Speaker Philip Gunn, a Clinton Republican, said he would refer the matter to the House Ethics Committee.

"This whole situation is still very concerning, not only to me, but to many other members of the House of Representatives," Gunn said in a statement. "The court may have found Rep. McLeod not guilty, but as a member of the Mississippi Legislature to find yourself in this situation — it is still an issue."

The House can punish a member for "disorderly behavior" and expel a member by a two-thirds vote.

Mississippi Republican Party Chairman Lucien Smith said in a separate statement that he shares Gunn's concerns and that the party "continues to condemn domestic violence in the strongest possible terms."