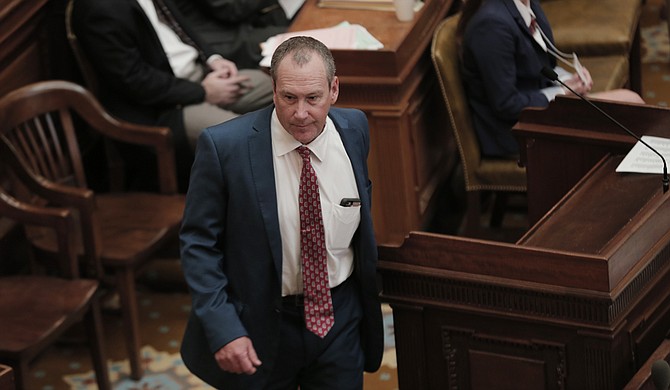 Mississippi is one of a handful of states that don't allow wine to be shipped to someone's house for any reason. All wine and liquor is supposed to go through the Madison County warehouse operated by the Revenue Department's Alcoholic Beverage Control division.

That ban goes against the increasing national trend of direct-shipping, and Hood said many companies appear to be ignoring it. He said investigators sought to order wine or liquor from 63 sellers, and 22 shipped alcoholic beverages into the state. Frierson said one company even shipped a bottle of cognac to his office.

"No moonshiner in the state of Mississippi would ship his product to the commissioner's office," Frierson said at a Thursday news conference, displaying 67 bottles of wine and liquor that investigators procured.

House Bill 98 would legalize wine shipments, but it will die if it doesn't advance out of committee by next Tuesday. Frierson said he could only support direct shipments to liquor stores and restaurants already licensed to sell, citing in part the statewide patchwork of wet areas where alcohol sales are legal and the dry areas where it's illegal.

Rep. Charles Busby, a Pascagoula Republican sponsoring the bill, said his bill would overcome the problem of wet and dry areas by only allowing shipments to counties where alcohol sales are allowed throughout. He said forcing people to go to stores defeats what he's trying to accomplish. And he said delivery companies can make sure minors don't receive alcohol.

"Every state is going to have to wrestle with having someone under 21 sign for it," Busby said.

Another bill would let liquor stores order wines directly from out-of-state when the state warehouse doesn't regularly stock them. The Senate Tourism Committee on Thursday sent Senate Bill 2278 to the full Senate. ABC officials say they will special-order in wines they don't regularly stock.