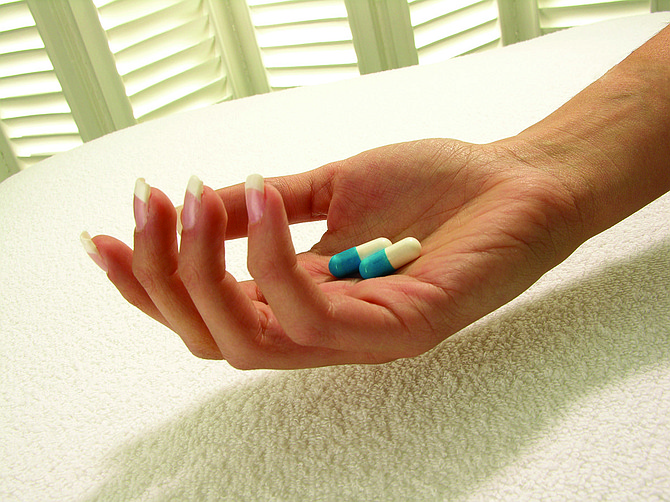 Our cultural narrative around drug prohibition has been that some drugs are so dangerous that we can't legalize them. But their potential for harm should be driving us to demand control and regulation. Legalization is the only route to regain this. File Photo

"Do you think drugs should be legalized?" Someone directed that question at me six years ago. My response was typical for my demographic as a politically conservative Christian woman. "Have you lost your mind, not to mention your faith? Drugs tear at the fabric of families and society. Why would we legalize them?" I knew drugs were dangerous and could really harm you, and I still believe that. And I never questioned the message that was culturally drilled into me—that prohibition by law is the answer.

But the presence of danger and harm doesn't mean that prohibition is the right weapon. What about adultery or pornography? Those are dangerous and harmful. They tear at the fabric of families and society.

But if we criminalized both of those in the same way we have drugs, we would be prosecuting more than half the adult population in America. Alcohol can ruin lives, too. But we tried alcohol prohibition in the 1920s, and it was a colossal disaster.

I've changed my mind about illegal drugs. And I'm not setting aside my faith to support legalization, but rather acting in response to my faith by seeking the welfare of the world around me and the people in it. The drug war is not working. Countless lives—including law enforcement officers—are being lost or ruined.

Drug prohibition can't deliver the health, safety and control that we want. It delivers the exact opposite. When we prohibited drugs, we gave up control of every important factor related to them: control of potency or purity; control of who's selling them; and control of who's buying them. We have learned from alcohol and tobacco that the only solution is legalize, regulate, tax and restrict. Drug legalization would certainly not fix all the problems of drug use and addiction. But it could dramatically decrease the crime, disease, death and mass incarceration that prohibition has caused, and allow us to address the actual issue—drug use as a public-health crisis.

Our cultural narrative around drug prohibition has been that some drugs are so dangerous that we can't legalize them. But their potential for harm should be driving us to demand control and regulation. Legalization is the only route to regain this.

Attorney General Jeff Sessions recently announced a new crackdown on drugs. This is bad news for those who want peace, freedom and order in our communities. Cracking down means the risk to transport and sell drugs will go up, which will increase prices. That will increase the violent lengths to which dealers will go in defending their more lucrative turf. An increase in price will also mean some users will commit more crime to come up with the money to support their habit. Manufacturing will also get more inventive in packing the biggest punch in the smallest size. With every crack down the profits increase.

I'm still a conservative Christian woman. I have three young sons at home. My husband and I will teach them that drugs are dangerous and can be highly addictive. They can destroy your life and your family. I will plead with my sons not to use them.

Legalization is not about endorsing use. It's about treating a national health crisis for what it is. It's about lowering death and disease. It's about bringing law and order back to our communities and neighborhoods where the war on drugs is literally playing out on the streets. Justice is not always done by enforcing the current laws. In the case of drugs, justice is done by admitting when laws are not just, and demanding change.

Christina Dent is a wife, mom and foster mom who lives in Ridgeland. This column does not necessarily reflect the views of the Jackson Free Press.