Dear Pam: Stay in Your Lane 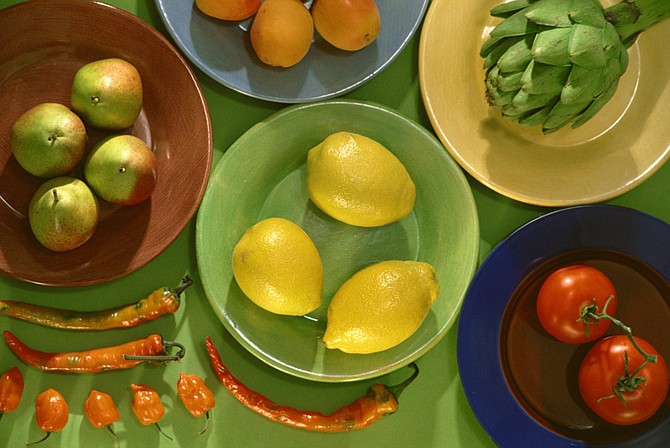 When I first read about PETA's latest public-relations stunt with Pamela Anderson, which was aimed at Jackson and our recent ranking as the "fattest city in America," I just knew that our new mayor would never be swayed by such obvious baiting and exploitation. In no alternate reality could Chokwe Antar Lumumba, the wokebae mayor of Jackson, our black power Drake, do anything short of fire back a well-thought-out, research-based response to why the notion that all Jackson residents need to be healthy and lose weight is to be vegan was not only factually inaccurate but also steeped in race and class privilege. I'm mayor now, too, so I knew we wouldn't fall for an obvious PR stunt.

Yet, alas, he did not write the letter I envisioned and instead went all in with Pam Anderson and PETA, an organization that once used the picture of lynched black men to compare their deaths to eating meat. They have dressed up as the Ku Klux Klan members to promote their cause and compared eating meat to the Holocaust. They have compared fat people to beached whales. Using fatphobia as a PETA pitch is kind of a thing of theirs. If you go to their website, you will find many claims that veganism equals weight loss and better health that are exaggerated at best.

In her letter to our mayor, Pam Anderson claims, "Vegans are also at lower risk of suffering from obesity, diabetes, heart disease, and cancer, which are some of the biggest killers in this country."

Maybe no one ever told her, but correlation isn't causation. There have been some studies that showed a link between veganism and weight loss, but experts point to a simple reason for that: It's a restrictive diet, which means people tend to make better all-around choices. However, nothing about veganism prevents someone from eating junk food, copious amounts of sugar and fried foods. Nothing about it prevents someone from eating an unbalanced diet, and in fact, it's easy to become nutrient deficient if you aren't watching your food choices. Due to budget constraints, it's more common to have big gaps in diet quality for low-income people. Simply becoming vegan won't change that.

I'm not against veganism or vegetarianism as options among a host of healthy lifestyle choices. But it is irresponsible to just throw this out there for our city to follow as an "example" with no education, no support and no nutritional info. Not even a disclaimer that "this may not be for everyone, and that's cool" or "talk to your doctor." We are in a city where grocery stories routinely flee poor parts of the city, our public transit is a joke, and we don't have sidewalks in many places. Saying "hey, just go vegan" when the challenge for many is "how will I get to the store?" seems cruel.

If a so-called activist organization doesn't have the analysis to look at how their suggestions play out for people across income, race, disability and regional lines, then I suggest they should not challenge any city leaders to anything until they do. No one should parachute in with suggestions void of context, nuance and homegrown information beyond that which one can gather online from Yelp menus and statistics from a news article. No amount of celebrity name-dropping in Ms. Anderson's letter will change her info being biased and the fact that she doesn't know Jackson.

I don't know Mayor Lumumba's reasoning in accepting the challenge. I hope he was unaware of PETA's past campaigns. I believe our mayor heard something that sounded healthy and wanted to be a part of that. I hope he takes those good intentions and uses them to reframe this conversation about healthy lifestyle without linking it to size and also make it about supporting local, sustainable, cruelty-free food chains. I hope in the future he thinks about looking closer before endorsing shady organizations' PR stunts and diets.

I have faith in our new mayor. I've supported him since his first run, yet this week I sat and wondered as I read his response to Ms. Anderson, what will someone like me who gets SNAP in the amount of $3 per person per day learn from their experience? That if you have someone deliver your meals for a month, you can eat healthier? We didn't need a public-relations stunt to learn that having money and food access gives you better health outcomes.