Miss. Could Lift Civil Service Protection for Most Agencies 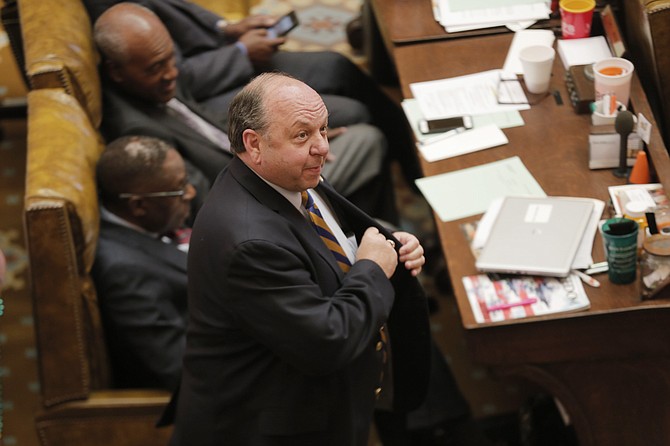 Rep. Steve Holland, D-Plantersville (pictured), said the proposal is "the devil personified" because it would give the governor significantly more control over which state employees keep their jobs. The governor appoints several agency leaders, and they answer to him. Photo by Imani Khayyam.

JACKSON, Miss. (AP) — Most Mississippi state government employees could lose civil service protection for three years under a bill legislative leaders are pushing as a way to potentially save money in tight budget times.

The proposal is in House Bill 974 , which passed the House on a split vote Thursday. Opponents held it for the possibility of another debate on another day.

Supporters said removing Personnel Board supervision from most state government jobs would give directors the flexibility to reorganize agencies to become leaner and more efficient.

"Let's give it a shot and see how well it works," said Rep. Angela Cockerham, D-Magnolia.

However, opponents said many state employees earn less than they could in the private sector, and civil service protection makes government jobs attractive. Without the protection, the process of firing workers could be faster.

"It's so hard to get people to come into state government because we don't really pay a heck of a lot of money," said Rep. Ed Blackmon, D-Canton.

House Appropriations Committee Chairman John Read, R-Gautier, said state tax collections fell $18 million short of expectations in January. It has been many months since the state collected as much as budget writers predicted it would.

"If it was a Pollyanna world, I could print money and we'd all be happy," Read said.

The bill would remove Personnel Board supervision from this July through June 2020.

Rep. Steve Holland, D-Plantersville, said the proposal is "the devil personified" because it would give the governor significantly more control over which state employees keep their jobs. The governor appoints several agency leaders, and they answer to him.

Holland asked his House colleagues: "Are you going to give the people's government away to one person?"