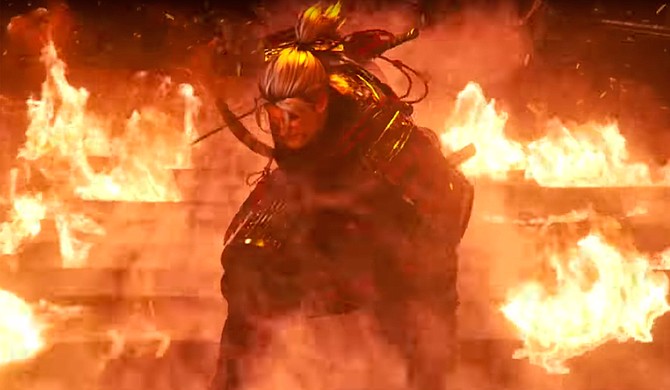 Team NINJA created "Nioh," which is set in the Sengoku period in Japan.

No truly revolutionary game comes without its imitators, and after the critical success of the “Dark Souls” series, it is surprising that it has taken this long for clones to emerge. But if “Nioh” is any indication, the long wait has been worth it.

“Nioh” is set in the war-torn Sengoku period in Japan, starring the Irish sailor-turned-demon hunter William. Opposing him is the alchemist Edward Kelley and his plot to conquer the world with Amrita, a substance that is similar to ambrosia, which, in the game, is both experience points and currency in one. “Nioh” places its semi-historical figures (William is the English samurai Miura Anjin, also of James Clavell’s novel, “Shogun”) in a challenging dungeon-crawling adventure. The plot plods along aimlessly, but it’s far from the focus of the game.

The most enlightening part of “Nioh” is how plainly it presents what elevates its spiritual predecessor. It is gameplay, pure and simple: the balancing act of punch and counterpunch, the careful tracking of health and stamina, the thrill of risk and reward inherent in every lingering combo, all stacked against the asymmetrical odds of each encounter.

“Nioh” is a pleasure to play and to explore. In a way, it seems like a deserved return to form for Team NINJA, after years of missteps small (“Ninja Gaiden 3”) and large (“Metroid: Other M”). The company's 2004 masterpiece, “Ninja Gaiden,” in many ways anticipated “Nioh”’s high-stakes, rapid-fire combat at a time when FromSoftware was still experimenting with the painfully slow swordplay and sorcery of “King’s Field.”

There are tweaks to the formula, of course.The stance system is well-implemented, giving each weapon type three classes of attacks, trading speed for power or vice versa. This gives a sense of variable flow to the battles depending on the needs of the player. The Ki pulse and the guardian spirits feel more like distractions, adding little to the experience and occasionally interrupting the combat’s pacing.

There are other small flaws that grate at the player in “Nioh.” Phantoms, which are themselves just artificial-intelligence ghosts of dead players, are so frequently scattered through the levels that they lose the sense of dread that accompanied them in “Dark Souls.” In addition to being predictable and rather weak player facsimiles, they share the player character’s Achilles heel, open to crushing executions if they’re hit without stamina left. This makes button-mashing in low stance more than adequate to overwhelm even a much higher level phantom, which itself trivializes the rare loot they tend to drop. Much more interesting are the battles with yokai, massive demons who tend to obliterate the player in a few hits.

In spite of its flaws, as well as the fact that the plot and characters are utterly forgettable, “Nioh” shines. Its combat is crisp and unforgiving, its bosses excellent at brutally instructing players who have failed to learn the requisite skills to proceed. Any action fan looking for a challenge should pick it up.