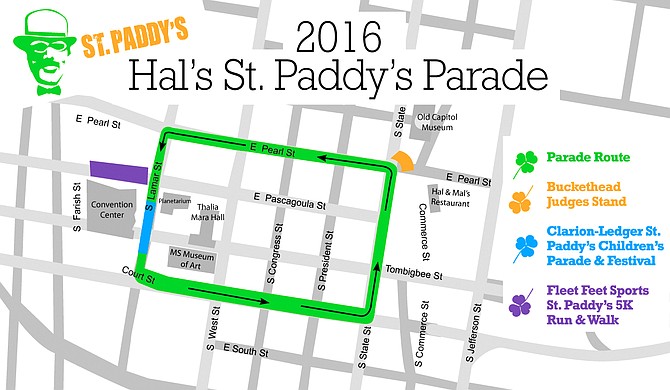 The parade will start at the corner of State and Court streets as usual. As floats and marchers make their way up State Street, they will hook a left on Pearl Street and then a left on Lamar Street and back to Court Street.

The Buckethead Judges will be stationed at the corner of East Pearl and South State streets, not the historically popular watch locations in front of the Governor's Mansion and along that street.

This year's theme is "HAL'lelu'Y'all" in honor of White. For more information, visit halsstpaddysparade.com.

10 a.m. - The pet parade begins on South Lamar Street in front of the Mississippi Museum of Art.

11 a.m. - Children's parade begins on South Lamar Street in front of the Mississippi Museum of Art.