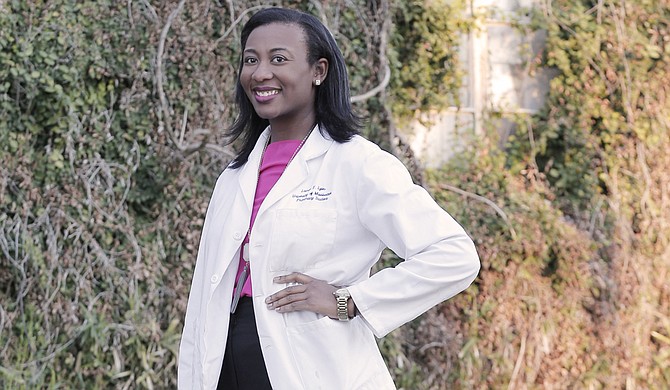 A desire to achieve personal fame drives some people; others may find inspiration in getting wealthy. Jackson native Lauren Lyles' motivation stems from her desire to see and help people succeed.

Lyles earned a bachelor's degree in pharmaceutical sciences from the University of Mississippi in 2013 and will graduate from the UM School of Pharmacy with a doctorate degree in pharmacy on May 14. In June, she will move to Indianapolis, Ind., to begin the U.S. and International Regulatory Policy visiting scientist fellowship at Eli Lilly and Company, a pharmaceutical company.

"I'm pretty excited about it," she says. "It's a very non-traditional route, but it's still impacting a lot of people's lives."

Lyles' interest in pharmacy began when she was working at the Kroger in Byram while attending Terry High School. Her manager there asked her about future plans one day. Because several members of her family are in health-related fields, Lyles knew it was something she was interested in.

From there, her manager allowed her to work in the pharmacy to see how she would like it. "I ended up working with some great pharmacists out there, and I just kind of fell in love," Lyles says.

During her junior year of high school, she applied for a summer college program at the University of Mississippi and was immediately enamored with the campus and people.

Lyles' passion for helping people is evident in the way she spent her 25th birthday. She created a presentation called "Build the Youth," in which she taught and explained different forms of etiquette, career building and networking, in hopes of preparing students at New Jerusalem Missionary Baptist Church, her church, to be successful in all avenues of life. "I want them to feel encouraged in the career building aspect that they can own companies and acquire wealth," she says.

Lyles presented at New Jerusalem's North and South campuses and will soon present at Delta South High School. She also plans to give presentations on the topics of professionalism and healthy eating. "The earlier you start (learning those skills), you can change a whole state," Lyles says.

She believes that Jackson gives her an opportunity to give back.

"The people that come out of Jackson are phenomenal because they know about hard work, and they know that there is something more," she says. "Wherever I go, I can always bring that back to Mississippi."