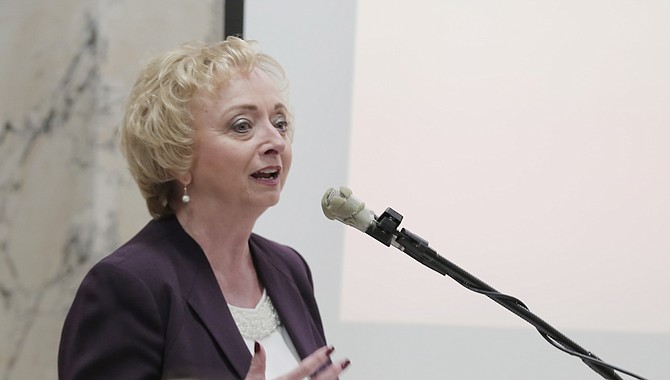 Dr. Carey Wright told educators, school administrators and parents gathered at the state capitol Wednesday that chronic absenteeism is a community issue and that communities should rally around the families and children who struggle the most. Photo by Imani Khayyam.

Poverty is a primary driver of chronic school absenteeism, the state superintendent of education said yesterday, while calling for "proactive" ways to reverse the problem, which leads to lower test scores and other learning challenges.

Dr. Carey Wright told educators, school administrators and parents gathered at the state capitol Wednesday that chronic absenteeism is a community issue and that communities should rally around the families and children who struggle the most. Wright says in acknowledging the challenges of poverty, communities can be most effective in boosting up its members who are most vulnerable.

Wright said that part of the responsibility for checking chronic absenteeism rests on the shoulders of principals and teachers, whom she encourages to look at each academic day as "the only day they've got" to make as much of an impression that they can on their students. She told those in attendance at the Capitol yesterday to think about graduate, post-graduate, and secondary success. 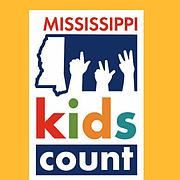 The Mississippi Department of Education, in conjunction with the Mississippi KIDS COUNT program and the Campaign for Grade-Level Reading, met to discuss a 2015 report that suggests a causal relationship between school attendance and success in third-grade language-arts assessments.

Chronic absenteeism is defined as students missing at least 10 percent of a school year for whatever reason. In a 180-day school year, that means 18 days of lessons and curriculum missed. Students who miss two to four days in September are five times more likely to be chronically absent and more likely to be perform poorly on standardized tests in the long term.

The absenteeism problem affects more than just test scores, however. As students grow older and progress through the educational system, chronic absenteeism trends reappear and affect their chances at high school graduation. Mississippi students who took the 2013 National Assessment for Education Progress standardized reading test who missed three or more days of school the month before the test scored 12 points lower than their classmates who missed no school, a Mississippi KIDS COUNT press release, reported.

Wright also spoke about specific guidelines in order to combat chronic absenteeism from inside the classroom. She stressed implementing school-attendance awareness strategies like educators telling students how important it is to be at school. Wright also suggested interventions for at-risk students, with actions as simple as educators and administrators calling home to students on the days that they are absent and telling them that they were missed at school that day.

North Pike School District Superintendent Dennis Penton says his district uses these policies to keep kids in school. Educators work to create a positive learning environment, he said, adding that teachers, counselors and social workers who work in the North Pike School District follow through with parents with phone calls when they notice absenteeism trends in students.

Educators also have financial motivations to keep kids present. The Mississippi Adequate Education Program considers average daily attendance, or ADA, in its formula that determines how much funding the state government allocates for school districts. The higher the ADA, the more money school districts get; still, schools with high ADAs still see chronic absenteeism in some students, and their test scores reflect their absences. In the 2013-2014 school year, Jackson Public Schools had an average ADA of 94 percent with 16 percent of students chronically absent.

CORRECTION: An earlier version of this story named Barbara O'Brien as an advocate for the National Campaign for Grade Level Reading. She is actually the organization's senior policy adviser. We apologize for the error.

Sierra Mannie is an education reporting fellow for the Jackson Free Press. Email her at [email protected]