Blame Me for HB 1523, the New Jim Crow Legislation in Mississippi 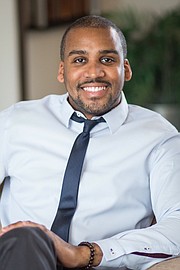 WASHINGTON, D.C. — Mississippi has this unfortunate stigma of being last at most everything. Well everything except discrimination, of course. Is this stigma actually true? I don’t know, but if one were looking from the outside in, it’s easy to assume such a stigma to be accurate.

I am a proud Mississippian, born and raised. However, after undergrad, I wasn’t proud enough to stay in Mississippi. When applying to various law schools, I made the decision to apply to neither the University of Mississippi nor Mississippi College. Not because they are bad schools, but because I wanted to get the hell out of Mississippi.

The reason I left was partly because I wanted to experience something new and partly because I wanted to get away from the seemingly discriminatory culture that harbored a backward way of thinking. I grew up in a Mississippi culture, or “tradition” as those in support call it, that stared at me with disdain and animosity if I went on a date with a white woman. I would also see similar stares at those in the LGBT community.

This same culture should take some credit for the passage of the “religious conscience” legislation, House Bill 1523. This so-called religious-freedom bill arguably could be described as a new form of Jim Crow legislation—“separate but equal” doesn’t seem that bad on paper, right? On its surface, the bill appears to harmlessly promote an individual’s religious freedom, but similar to Jim Crow legislation of yesteryear, or voter ID legislation of today, the bill gives permission to discriminate, targeting LGBT Mississippians. This new Jim Crow legislation, I mean HB 1523, allows statewide discrimination from individuals, businesses and even government employees if the discrimination, I mean act, is based on religious ideologies about marriage, sexuality and gender.

The bill essentially states that the government cannot penalize an individual, organization or business for acting according to their “sincerely held religious beliefs or moral convictions.”

Yes, in 2016, the Mississippi Legislature is still passing such legislation, and Gov. Ross Barnett, I mean Phil Bryant, signed it. The question is, who or what is to blame for such bigotry still reigning supreme in the Mississippi legislation process in 2016? The answer is Leslie McLemore II.

I, along with many others, should receive part of the blame for this resurgence of discrimination and bigotry across our state. I left, I got educated, and I didn’t come back. I chose DC Day Parties (Where my BBPs at?), happy hours and close proximity to the White House over helping Mississippi join the 21st century and proclaim zero tolerance to lawful discrimination.

Since my departure, I have rarely come back to visit, while simultaneously speaking ill and writing sarcastic/tasteless Facebook statuses about the state where I was born and raised. Instead of helping cure the disease, I have become a part of the illness. Yes, her faults are many, but Mississippi has found ways to progress, which should be rightfully highlighted. Take the passage of HB 1523. For a long time, the black community wasn’t exactly an ally of the LGBT community. Ingrained biblical teachings have taught many in the black community that LGBT members shouldn’t have the same rights many of us enjoy.

Well, funny how times have changed. Many of the legislators who publicly opposed HB 1523 were African American. Black Senate Democrats, like Sen. John Horhn of Jackson and Sen. Derrick Simmons of Greenville, questioned the true intention of the bill as they pointed to other instances where religion was used as a basis for discrimination, specifically the “separate but equal” and “Black Code” laws of the past. Opposition like this is a positive step in the right direction of progression and inclusion for all Mississippians.

Unlike the missed opportunities during the labor movement that could have brought working-class people of all races and creeds together, here is our chance as Mississippians to stand together and fight for a better, more inclusive, progressive Mississippi.

We have the numbers. About 40 percent of the registered voters in Mississippi are African American. Hell, if you combine that with progressive white voters, the statewide elections should be a purple dogfight until the last ballot is cast. Based on Mississippi’s voting electorate, there should be a competitive fight for voter rights, LGBT rights, women’s rights, economic inclusion, climate change, drug sentencing and many more issues that would bring Mississippi toward the 21st century. However, Mississippi’s brain drain of young people like me, combined with a lackluster “get out the vote” effort and laziness, has left Mississippi’s statewide elections laughably one sided. We are all to blame for Mississippi’s 2016 lawful discrimination, including Leslie McLemore II.

Leslie B. McLemore II is a Jackson native, now in Washington, D.C. He is a graduate of Jackson State University, North Carolina Central University School of Law and American University Washington College of Law.