Garrett Responds to the JFP 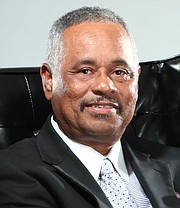 On Sept. 14, the Jackson City Council recessed a meeting where the Public Works Department recommended it accept and approve a contract proposal from Denali Water Solutions and Socrates Garrett Enterprises Inc. to dispose of biosolids from the Savannah Street Wastewater Treatment facility. The Public Works Department recommended that the City go with the proposal from the Denali-Garrett team based on specifications outlined in its proposal and the final total cost to complete the project.

Denali-Garrett's "best and final" offer was $15,456,100, submitted on July 6, compared to Synagro-Fisher's "best and final" offer of $15,525,000. An article published Tuesday, Sept. 15, on the Jackson Free Press website, distorted and manipulated the course of council discussion of the matter. The article failed to give the "best and final" proposal numbers for either team. Instead, it published "initial" proposal figures—which changed for both teams during the course of negotiations—and made it appear that Denali-Garrett's proposal was $3 million higher than Synagro-Fisher's bid.

Denali-Garrett lowered its initial bid by $1.5 million; Synagro-Fisher lowered its bid by $15,000, by transferring responsibility for land-fill "tipping fees" to the City and gave no estimate of what that could cost the city. Tipping fees cover the cost of sending to landfills any amount of biosolids that are not "land-applied," which means waste material spread out of farm land as fertilizer throughout the state. Without a legitimate estimate of such fees, Public Works determined that the City could possibly incur undetermined future costs for tipping fees under the Synagro-Fisher proposal and that Synagro-Fisher would have no incentive to limit the amount of biosolids taken to landfills.

For this reason and others related to Synagro-Fisher's contract, such as distance its trucks would have to travel to dispose of the sludge in sites in Alabama, Public Works recommended Denali-Garrett. ... Mayor Tony Yarber, toward the end of Tuesday's council meeting, addressed "allusions" of a deal being cut to reward the contract to Denali-Garrett. Yarber simply said there were no under-the-table dealings in the negotiations, which were handled by City staff. He said he had no involvement in those negotiations. Synagro-Fisher's attorney Wilson Carroll essentially says in the Free Press article that Public Works Director (Kishia) Powell lied in her presentation to the council, saying everything she said was "false," without giving any evidence to back up the claim. This same attorney was allowed to say in another recent news article in the Northside Sun that numbers on the proposals were changed in a manner not in accordance with the law. Neither statement is true.

When asked to produce a copy of Synagro-Fisher's proposal, Carroll says he could not because of restraining order barring him from doing so. This is not true. The restraining order, granted by Judge William Singletary in August, only bars Synagro-Fisher from circulating Denali-Garrett's proposal, which it acquired illegally. The Free Press did not question him on this or obtain a copy of the order.

Neither the Free Press nor the Northside Sun made any attempt to contact me or anyone on my team to comment for their articles. A quote attributed to me in the Free Press article gave no context of that part of the discussion, thus giving readers an inadequate representation of the point I was making. My team and I were available at the council meeting to answer any questions the Free Press had. They asked none.

My record speaks for itself, especially considering that my team successfully completed Phase I of this project as outlined by a consent decree ordering removal of the waste materials. This, in my opinion, is consistent with practices of the Free Press, which seems to have ulterior motives in its reporting when it relates to African Americans doing business with the city and other governmental entities. This dereliction of journalistic ethics, standards and integrity borders on obscene.