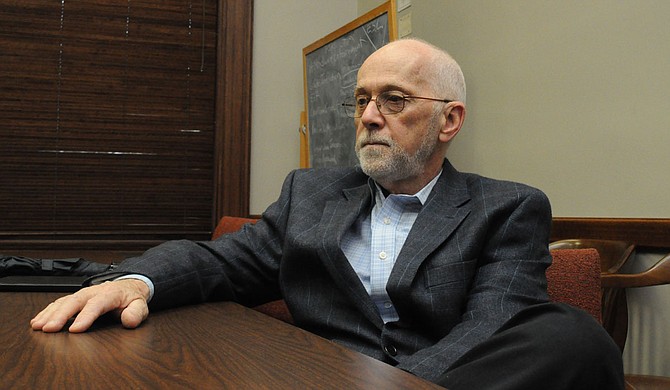 Rep. Cecil Brown (D-Jackson) echoed what many fear about the bill—that some institutions will accept students purely for profit, not to actually help students. Photo by Trip Burns.

A controversial bill that would use taxpayer funds to send students with disabilities to private schools advanced in the Mississippi legislature Wednesday. The bill would make Mississippi one of about half a dozen states with similar programs.

Supporters say the bill provides families with a necessary option, since school districts can't always provide needed services—especially to students with severe disabilities. But opponents say the bill would take money away from the public school system, and could funnel the state's most vulnerable children into schools with little oversight when it comes to quality.

"You are getting ready to open the equivalent of puppy mills for children," said Rep. Cecil Brown (D-Jackson). "(These students) need help, they don't need to be subjected to another disappointment by someone who is trying to scam them out of money."

After debating for about 45 minutes, the Mississippi House voted 65-51 for the bill, which would create The Equal Opportunity for Students with Special Needs Act. It has already passed the Senate.

A five-year pilot program would provide 500 students each year with $6,500 vouchers to attend any private school that is accredited by the Mississippi Department of Education or another state or regional accrediting agency. Parents will receive the funds in an "ESA," or educational scholarship account, and can use it on private school tuition, as well as on tutoring, transportation, and curriculum materials.

"Most school districts in Mississippi provide the necessary services for children that have special needs, and there are some that do an excellent job. But there are some areas in the state where districts can't or they are not eligible or they're not there for their students," said House education chair John Moore (R-Brandon). "This allows those parents to reach outside of the box and access a service."

In Mississippi, there are 54,000 students with special needs, and their graduation rate is dismal. During the 2011-2012 school year, just 23 percent of special education students earned a high school diploma, according to a Clarion-Ledger review, far below the national average of 64 percent for that same year, according to federal data.

During a debate on the House floor, some representatives were concerned the pilot would serve only a small number of students, but several amendments proposed to serve additional students failed. Representative Forrest Hamilton (R-Olive Branch) made a passionate plea for his colleagues to vote against the bill because it does not serve all students with disabilities in the state.

Moore urged lawmakers to vote for the bill despite the criticisms. "I think the worst thing we can do is do nothing," he told lawmakers.

Opponents of the bill argued that under the bill, private schools would be able to accept students with vouchers even if they do not have staff trained to work with special education students. Many felt the certification process for the schools that would accept these students are too lax. Brown echoed what many fear about the bill—that some institutions will accept students purely for profit, not to actually help students.

Moore said the ideal result would be a law that no one ends up using. "What would tickle me to death is for this thing to pass, become law, and no parents take advantage," Moore said. "That would tell me our public schools are doing what they're supposed to do."

Currently, the bill is being held on a motion to reconsider, which Moore said will likely mean representatives will consider adding amendments to the bill. The bill will then go back to the Senate, where it originated, for review.

This story was produced by The Hechinger Report, a nonprofit, independent news website focused on inequality and innovation in education.