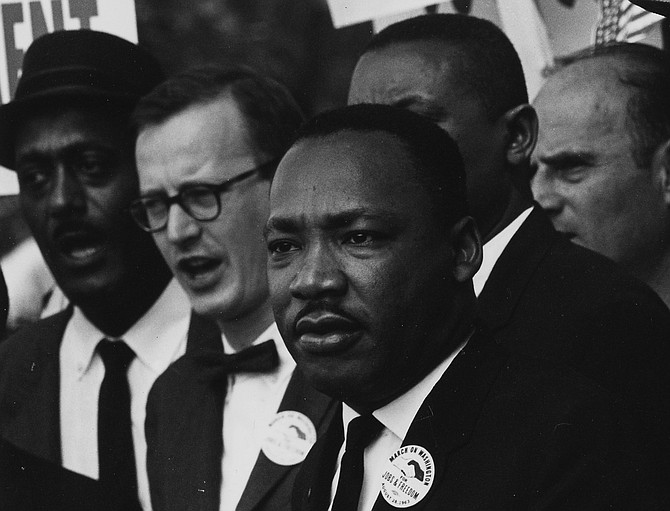 Martin Luther King Jr. was one of the most well-known civil rights activists from the 1950s to his death in 1968. Extremely intelligent, King graduated from high school at the age of 15, but he was still unsure of his true calling. Eventually, he settled on a life of ministry like his father, married Coretta Scott and started a family in Montgomery, Ala.

The minister's youth, enthusiasm for civil rights and newness to Montgomery led the National Association for the Advancement of Colored People to choose King to lead the Montgomery Bus Boycott, the first act of civil disobedience that launched King's sincere efforts toward the cause.

One of his more famous acts was his march from Selma to Montgomery, Ala. On March 7, 1965, policemen with clubs and tear gas drove off the activists, led by King, on the Edmund Pettus Bridge, which sent a message throughout the nation that life for African Americans in the South was not as equal as some wanted to believe.

Despite his physical activism, King's speeches were his most memorable contributions. He spoke with fervor to thousands of people, black and white. His most famous speech, "I Have A Dream," inspired millions of people throughout the country to strive for reform in America. King inspired (and still inspires) people around the nation to fight for equality—people such as Margaret Walker Alexander.

Margaret Walker Alexander was part of the African American literary movement in Chicago. Most people are familiar with her poem "For My People" and her novel "Jubilee," which chronicles African American life in the South during the Civil War. In 1943, she married Firnist Alexander and moved to Jackson where she helped raise their four children.

She was a literary professor at Jackson State University, where she founded the Institute for the Study of History, Life and Culture of Black People. Today also marks the 47th Annual Dr. Martin Luther King Jr. Birthday Convocation in the Rose McCoy Auditorium on the JSU campus. Alexander started the convocation nine months after King's assassination. It is one of the oldest celebrations of Dr. King in the United States and attended by more than 1,000 people.

The convocation, which began Friday, Jan. 16, at 10 a.m., honors the work of author, scholar and activist Paula Giddings, who is receiving the prestigious "For My People Award." Giddings is a professor of African American studies at Smith College as well as the author of three books: "When and Where I Enter," "In Search of Sisterhood" and, most recently, "Ida: A Sword Among Lions" (about anti-lynching activist and journalist Ida B. Wells, who was from Holly Springs, Miss.).