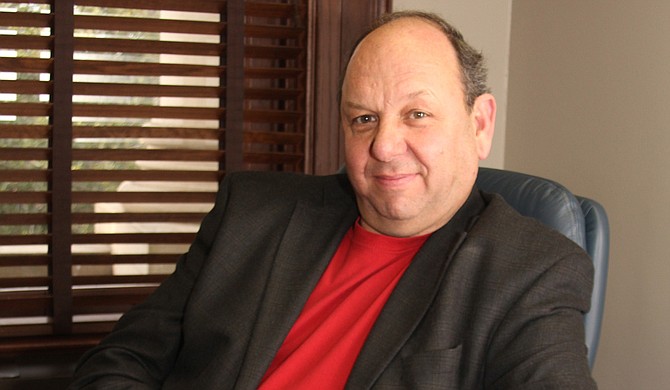 In 2012, Democratic Rep. Steve Holland of Plantersville introduced a bill to rename the Gulf of Mexico as the "Gulf of America." Virginia Schreiber/File Photo

JACKSON, Miss. (AP) — In a few weeks, the Mississippi Legislature will work itself into a lather about something.

Nobody right now really knows what the topic will be. It could be abortion, gun rights or gay marriage. It could be the state flag or Syrian refugees. It could be something trumped up by one or more of the presidential candidates.

This has been a pattern the past few sessions: legislators convene in Jackson with a multibillion-dollar budget to write and propose policies to debate on education, transportation, health care and other substantial issues that affect their constituents' daily lives. And then, at some point, a legislator files a bill or resolution that taps into the (usually conservative) zeitgeist and sets Twitter on fire.

The Legislature begins its four-month session—and its four-year term—on Jan. 5, and House Speaker Pro Tempore Greg Snowden, R-Meridian, said it's hard to predict which issue will cause all heck to break loose.

"Nobody really knows until you get into session," Snowden told The Associated Press in an interview last week. "Every session, and certainly every term, has a different dynamic."

— In 2015, Republican Sen. Nancy Collins of Tupelo sponsored a bill called the Iran Divestment Act and said she did it at the request of Israeli Prime Minister Benjamin Netanyahu after she and Gov. Phil Bryant visited Israel in 2014. It would have prohibited state and local governments from doing business with any firm that sells at least $20 million of goods or services to Iran's oil and gas sector.

While several other states have similar bans, some Mississippi lawmakers said they worried that Collins' original proposal could hurt the state's working relationship with Toyota Motor Corp. or its subsidiaries. Her bill died during the legislative process, but a similar House bill became law.

— In 2014, Republican Sen. Philip Gandy of Waynesboro filed a bill called the Mississippi Religious Freedom Restoration Act that said state and local governments cannot put a substantial burden on religious practices. Critics said the bill could lead to anti-gay discrimination, and some businesses responded with window stickers to show they welcomed LGBT customers. Gandy, a Baptist minister, said his bill was similar to a federal law that President Bill Clinton signed more than 20 years ago.

When Bryant signed the bill into law, he did it in a private ceremony that a few elected officials, lobbyists for the state's influential Southern Baptist Convention and Tony Perkins, president of Family Research Council, attended.

— In 2013, the Senate engaged in a debate one day about a resolution that recognized the borders of Israel. An exasperated Sen. Hob Bryan, D-Amory, questioned whether Mississippi's taking a stand on international relations was even necessary.

"I think all of us support Israel, but it is not for us to hold forth as to what the boundaries of the country ought to be," he said.

The measure, which several senators sponsored, was adopted in the Senate and the House. Because it was a resolution, it didn't need the governor's signature.

— In 2012, Democratic Rep. Steve Holland of Plantersville introduced a bill to rename the Gulf of Mexico as the "Gulf of America." He grabbed national headlines and was subject to scornful accusations of being a bigot. But Holland, a funeral home director known for saying whatever he darn well pleases, said critics missed his point: He was satirizing anti-immigration rhetoric. The bill died an unceremonious death and the body of water that marks Mississippi's southern border kept its name.