The Unbearable Heaviness of Adulthood 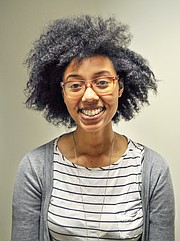 Moments after my laptop's clock struck midnight and my 18th birthday began, I rolled off the sofa and tried to transform into a puddle. It dawned on me at that moment that in a matter of seconds, my cloak of childhood innocence had vanished. I was, at least legally, an adult.

I thought of Jean-Paul Sartre's quintessential existential text, "Nausea," in which he wrote: "Existence is not something which lets itself be thought of from a distance: It must invade you suddenly, master you, weigh heavily on your heart like a great motionless beast—or else there is nothing at all."

Though Sartre was supposedly talking about the irremovable cloak of being, he could have quite easily been describing the unbearable heaviness of adulthood.

Don't get me wrong, I was—and still am—incredibly excited about being able to vote. I take very seriously the rights that people of my gender and race have not always been allowed to exercise in this country. By the time this goes to press, I am delighted to say that I will have exercised my right to vote for the first time.

I am also happy that I am now old enough to order things off those infomercials that air in the dead of night without asking for my mother's permission. In comparison to my suffrage, finding happiness in something as trivial as being able to purchase Slap Chop, Tiddy Bear or the infamous Doc Bottom's Aspray might seem silly, but being able to fully participate in our capitalist society is just as much a rite of passage as is voting.

However, this new-found autonomy is a double-edged sword. While I am now old enough to legally do just about anything I want to—except rent a car for a relatively cheap price, buy a car without having a co-signer or go to a comedy show—I am also now old enough to be held responsible for any childish hijinks I commit.

According to The Sentencing Project, black youth are twice as likely to be arrested than white youth, something that affected me even as a minor, and though 58 percent of black youth are sent to adult prisons, it's scary to think that being sentenced to a juvenile detention center is no longer an option for me.

If I am caught doing something illegal and sentenced for it, I will go to real life, grown-up jail with real life grown-ups. If I am ignorant about something, people will no longer excuse it by saying: "Oh, she's just a kid. She doesn't know anything." If I know about some obscure thing, people will no longer be surprised by my knowledge. I'm a grown-up. I'm supposed to know grown-up things. With adulthood comes the notion that I join the ranks of the other supposedly omniscient grown-ups.

It's scary. By the time this is published, I will have been an adult for approximately four weeks, and to quote my journal entry from my birthday, "I'm an adult, and I don't think I like it." I didn't realize how comfortable and pleasant childhood was until I was no longer legally a child. I didn't appreciate the extra protection that minors receive until I was no longer a minor.

Why was I in such a rush to be allowed to purchase things from an infomercial anyway? I've been a legal adult for a month now, and I still haven't purchased anything from one, and I probably won't do so for a number of years. What purpose would a Slap Chop serve except for my bank account shrinking by the price of something I don't need, plus its shipping and handling?

The human brain is not fully mature until 26, so who decided that humans are suddenly old enough to traverse into this terrifying, brave new world at 18? At 21, you can at least argue that you've been on this planet for more than two decades, but 18? Where did that number come from? No, seriously, I want to know when, where and why the decision was made that I'm suddenly more mature at 18 than I was at 17.

Honestly, it's not even the responsibility of adulthood that scares me; it's the fear of failure. I can handle not doing well on a test. I'm (eventually) OK with not getting accepted into some cool program. And I have been rejected before.

It is just extremely intimidating that, in addition to virtually being kicked out of my home of nearly 20 years, I am expected to suddenly be able to do this whole college thing and do it well.

I have to purchase textbooks, acquire things for my dorm room—yes, I have a dorm room. I've been mentally preparing for this since I was promoted from middle school to high school nearly half a decade ago, but it's still so weird. I feel like the same 5-year-old kid with pigtails that religiously read "Rumpelstiltskin" and had reoccurring dreams that featured D.W. Read, John Henry and Jimmy Stewart.

But, there's no way that I'm still that girl because four years from now, I will be a fully committed adult with a college degree and a driver's license that says I'm 22.

Now, I am nowhere near the person the me of over a decade ago thought I would be. As a child, I romanticized the lives of the cool, college-aged kids I'd see roaming around town. I wanted to be the chill girl working the doors at a Mississippi Symphony Orchestra concert; I wanted to be a member of a study group at Cups; I wanted to be a member of the running group making their way up the treacherous Fortification hills; I wanted to be in the effortlessly cool group of college kids smiling at each other and laughing—why are cool people always smiling and laughing?—as they maneuvered through the masses at Fondren After 5 (now Fondren's First Thursday).

I may be 13 years older, several feet taller and—kind of—wiser, but for some reason, the air of cool escapes me.

Though age has caused me many an existential crises, I live in Jackson. Kanye West wondered what the summer of Chi had to offer an 18-year-old. I don't have that problem here. On Aug. 24, I will be sitting in a college class because I will be a student at Millsaps College.

As someone with an passion for social justice, I am excited to be in Millsaps' Wellspring Living and Learning community, a program for students interested in community service. I'm excited to meet like-minded people and to get to know people who are completely different from me. I'm excited to befriend professors and stress about finals.

College is scary, and adulthood is scary. But, regardless of how strung out I get on Kierkegaard and questioning if and why we're all doing this thing called life, college and adulthood are friendly monsters that I'll have to deal with. We're all going to have to live life, but at least we're doing it together.