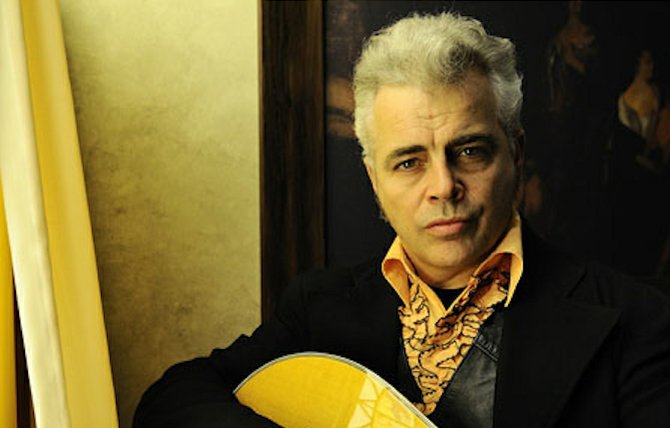 It's hard to believe that Austin Music Hall of Famer Dale Watson has never played a show in Jackson.

"I've driven up I-55, but never actually played there," Watson said.

That fact will be remedied Sept. 17 when Watson and his band, The Lone Stars, take the stage at Duling Hall.

Watson, 51, was born in Birmingham, Ala., but spent his teenage years in Houston, Texas. In 2006, Watson made Austin his home and began playing regular gigs on Sunday at Ginny's Little Longhorn and Monday at the Continental Club.

His latest album is 2013's "El Rancho Azul" with the catchy and classic-sounding "I Lie When I Drink" as the lead-off track.

"I made that song up on stage," Watson said. "That's how I write mostly these days: If I'm driving or on stage, I'll get inspired by something. That particular song was from a guy who was in the audience. I had done one of my Lone Star (beer) commercials, and this guy yelled, 'Yeah, but you lie when you drink!' I thought, 'Hmmm, that sounds like a song. ...'"

Watson isn't afraid to wear his musical influences on his sleeve, but he is also quick to double-check himself. "Sometimes I feel like the songs I write, I'll think somebody has to have already written it," Watson said. "I must have heard it somewhere or something."

That fact doesn't stop him from writing, though. "Usually, I'll write the song I'm inspired to write at the time," Watson said. "I'll go back later and check and see if it's been written. I wait until after I write, though, because I don't want it to be influenced by anything else. There's been a time or two that I thought I may have plagiarized, but it hasn't happened, yet!"

Watson says he prefers playing smaller venues. "I like to be able to hear the audience and talk to them. To me, that's what honky-tonk music really is. I write most of my material on stage at these places. I get a lot of inspiration from that," he said.

His current touring band, The Lone Stars, will be on hand for Jackson's performance. Watson is thankful to have such a strong backing group.

"Don Pawlak is the pedal steel player," Watson said. "He's been with me for 11 years now. The bass player (Chris Crepps) and drummer (Mike Bernal) came on board at the same time about five years ago. They glued it all together. I couldn't have asked for a better rhythm section."

Watson doesn't like to call his style "country music." He has coined the term "Ameripolitan" to describe his sound.

"I'm happy with where I'm heading," Watson said. "I try to stay a consistent keel on what I do."

Watson is also very outspoken on what is being played on popular country radio these days.

"I really didn't think the state of country music could get much worse back 15 years ago," Watson said. "When Garth Brooks and Shania Twain were out, I thought it'd hit bottom. Then out comes Rascal Flatts and Blake Shelton is rapping and saying that no one wants to listen to their grandfather's music. That's why I wrote the song 'I'd Rather Be An Old Fart Than A New Country Turd.' I never thought it would get this bad, and I don't look forward to what's down the road in what they call 'country music.' That's why I don't consider myself country music anymore. I don't fit into it."

"Country music was never a target for teenagers and 20-somethings," he said. "It was always a grown-up person's music. You just don't get a grasp of life when you're still living at home having all your bills paid by your dad. I think country music has 100 percent focused on this Taylor Swift audience. Older audiences are left out in the cold."

Watson has always stayed true to his sound and promises to bring a good time to Jackson audiences.