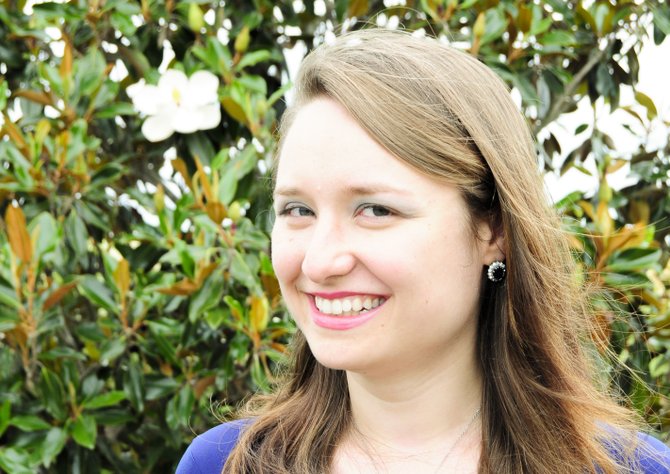 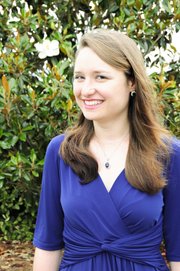 Jane Ustinova followed a different path than most into the world of banking and helping others become financially sound. She is a loan officer with Members Exchange Credit Union and became a certified financial counselor in May.

"I enjoy helping people," Ustinova, 28, says. "I recently read that Mississippi was the second worst state for borrowing practices and bad credit scores. A lot of people are struggling, and I am very inspired to help people organize their budgets and build up their credit. ... I like to see people be able to buy something like a car because they followed advice that I gave them. It brings a smile to my face."

Ustinova came to Jackson by way of Russia. She started as an exchange student at Brandon High School in 2001 and 2002. She returned in August 2005 to attend Copiah-Lincoln Community College. She completed her BBA and MBA in finance at Millsaps College in 2009 and 2010, respectively.

Her full name is Evgenia Ustinova. "I was actually named after Jane Eyre," she says. "The closest my mom could come (to) was Evgenia."

Ustinova says coming to Mississippi was different for her because she grew up in a big city—Irkutsk, Russia, which has a population of 587,891 people.

"When you come from another country, you have learn to live all over (again)," she says. "It was an adjustment just having to learn to drive everywhere versus walking or taking public transportation." She says that insurance, education and health systems are different, too, but because she's young, she adjusted more easily than some do.

Ustinova was working at Members Exchange when she realized that she would enjoy giving financial seminars. She pressed management to host such events but realized that the company wasn't large enough, yet. She later discovered that it did provide individual counseling. In December 2013, the company selected two people to pursue certification in financial counseling, and Ustinova was one of them. "That was probably my greatest achievement this year," she says.

She also recently became engaged to Cesar Vazquez, an attorney from Mexico who is continuing his legal education at Mississippi College. The two plan to wed in spring 2015. "We laugh about it. I came from Russia, and he came from Mexico, and we met in Mississippi," she says.

"I try to tell people to take control, don't lose hope and to have a clear strategy for their future," Ustinova says about people's financial hardships. "The point of having a (counseling) session is to instill these three things and help (people) realize them."