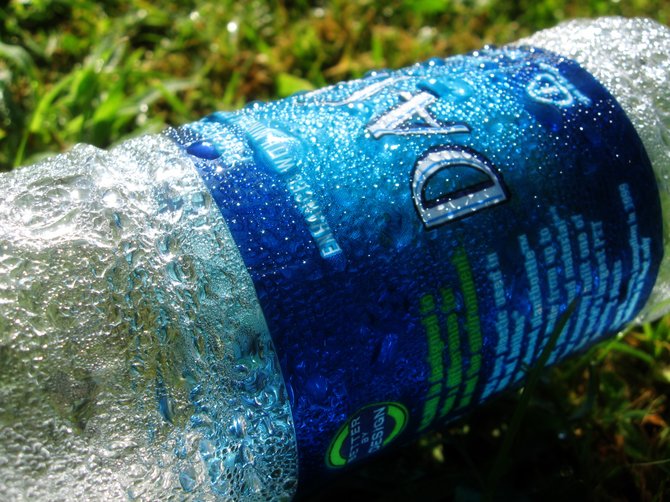 When a person drinks too much liquid without sodium, it lowers the sodium levels in the body due to dilution. When this happens, it can cause the brain can swell, creating disorientation.

A football freak accident puzzled Jackson's community when doctors attributed a Jackson Prep student's death to a sodium imbalance, one that can occur due to over-hydration.

When coaches emphasize hydration to their players, dehydration is usually the concern, leaving over-hydration—which can cause headaches, vomiting, cramping and seizures—overlooked.

"A lot of people would never even come to that conclusion, that you could drink too much water or too much sports drink," said Dr. Alan Jones, University of Mississippi Medical Center professor and Department of Emergency Medicine chairman.

In the Aug. 22 Jackson Prep football game against Oxford, defensive tackle Walker Wilbanks walked off the field and appeared disoriented. He was then taken to the emergency room, where he experienced vomiting, cramping and a seizure. Wilbanks died Aug. 25.

Dr. Joe Pressler, a pulmonologist, or respiratory tract specialist, called the accident a "fluke"—nothing that Wilbanks or those around him could have prevented. The incident is rare, but brings light to the issue of over-hydration, which is more common in endurance athletes.

When a person drinks too much liquid with little or no sodium, it lowers the sodium levels in the body due to dilution. When this happens, a person can have mild to severe symptoms. While rare, it can cause the brain can swell, creating disorientation.

"It's a situation where you don't realize that you can drink too much water," Jones said.

The body is constantly working to balance levels of sodium. When over-hydrating, a person is normally drinking fluids with lower levels of sodium then the body has. While sports drinks such as Gatorade have added benefits because of extra carbohydrates, they do not contain enough sodium to prevent problems associated with over-hydration.

"So that fluid you're drinking, because it has lower amounts of sodium, your body tries to equilibrate between your cells and your blood to have the same sodium level so that the cells function correctly," Jones said.

While every person's physiology is unique, a person should not need to drink more than one liter of liquid each hour. One half of a liter of water per hour is normal. A true indicator that a person has drank too much liquid is if they have drank enough to gain weight during exercise—when you would normally expect a person to lose weight.

"If you're drinking enough fluid to gain weight during the activity then that's a problem for sure," Jones said.

Coaches and educators have a great responsibility to help monitor student athlete's intake. Provine High School head coach Otis Riddley said he knows how important his role is. "You have to know your players individually to know how they react to certain things," he said.

Riddley said his players carry around jugs of water to stay hydrated during the day before practice or games. Before exercise, a good indicator of adequate hydration is light yellow to clear urine.

"You have to stay on them, educating them as far as ... checking their urine color, making sure they're taking vitamins and things like that to make sure their system is staying regular," Riddley said.

Jones recognizes the emphasis placed on hydrating in the athletic arena based on the idea that a player is losing water as he or she exercises.

"During exercise, it's commonly felt that you have to drink a lot to replace what you're losing. And the truth of the matter is that the point of hydration during exercise is more to avoid excessive dehydration. You don't want to drink excessively," Jones said. "You don't lose enough fluid to have to replace a large amount of fluid."

Jones also said heat can compound the problem of over-hydrating due to increased sweating. Problems can also arise when a person's sense of thirst is thrown off.

Jones warns that continuing to drink liquid beyond a person's thirst level could be dangerous if they have already had an adequate amount to drink. "We try to be proactive. We try to make sure we know each individual kid and really coach each individual kid on how their body operates," Riddley said.