Justin Patterson's Own Brand of Country 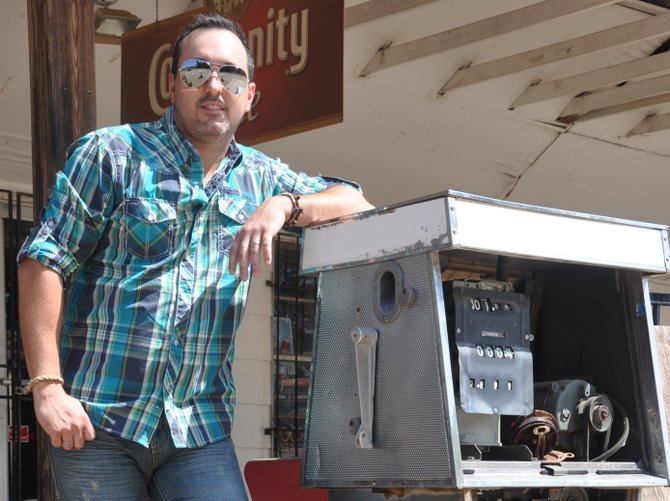 Brandon songwriter Justin Patterson is busy recording his new EP, "Mississippi Dirt," at Jackson's Blue Sky Studios with producer Casey Combest. While he's pulling inspiration from classic country artists, he's determined to create music that is unique to him and his heritage.

Patterson grew up singing in church in Sumrall and taking piano lessons. After graduating from Columbia Academy, he played basketball at William Carey College, but he quickly learned that athletics were burning him out. He told his roommate, a guitar picker named Ashton Burge, that he needed an outlet, and the two began playing together.

"I realized that I'd never be the guitar player Ashton was, so I decided to focus on writing," Patterson says. "One night, we were watching (Country Music Television), and this song came on called 'Texas in 1880' by Radney Foster featuring Pat Green. It knocked me to the floor. I knew what I wanted to do that moment. We went out that night and bought that CD."

Patterson's father, Randy Patterson, exposed his son to "outlaw" country music, including Waylon Jennings and Merle Haggard, at a young age. "It was honest, raw and full of integrity," he says.

After losing his father to Parkinson's in 2013, Patterson felt he could easily slip into depression. Instead, he decided to focus on his music. The new EP is dedicated to Randy Patterson's memory.

"The first line of 'Mississippi Dirt' is, 'I'm a son of a son of a farmer's son, the fifth generation to grow my own. If Daddy was a pistol, I'm a son of a gun.' I think my dad would have liked that," he says.

Patterson gives full credit to two people who have helped make this project happen. "One is my wife, Leah. She is so strong and helped pushed me in my music. We joke and say it's 'our career' instead of just mine because she is so involved with everything I do," he says.

"The other is Casey (Combest). I really can't say enough good things about working with him, as he has brought out the best in me musically. He really is a great collaborator."

Justin and Leah married in 2007, and they have one daughter, Addi Kate. "It's nice that my wife and I are able to share what I am doing. It makes conversation easier at night," Patterson says. "It's as though we're in business together. She is so supportive."

Patterson is quick to identify himself as a songwriter before anything else. "If I were to rank my talents, I would say writer first, then entertaining. I love to perform," he says. "I'm probably a singer third. I know I'm not George Strait, but I've become more comfortable with my singing voice."

What comes through most, though, is that Patterson is proud of his home state. "I love this place. That's why I'm calling this project 'Mississippi Dirt.' It's not only my home, but we have such a rich, musical heritage," he says

It disappoints him that people don't take more pride in Mississippi's musical legacy. "We get so caught up in the national perception of Mississippi that I don't feel like we promote ourselves as much as we should," he says.

"There are artists in Texas who make a comfortable living playing music and never leave the state. They have a self-sustaining system. I'd like to see more of that here in our own state."