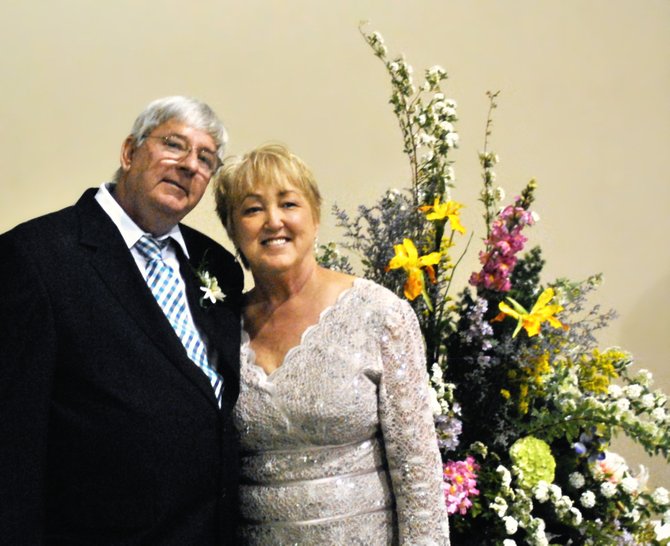 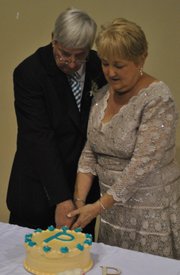 Robin Burton and Joe Pennington’s wedding was a family affair.

My father, Hardy Burton, died March 28, 2011, one day before his 60th birthday. He didn't have a prolonged illness or extended stay at the hospital. He simply pulled his fishing boat out of the water and fell over. In a flash, he was gone.

I have only one sibling: my sister, Lindsay, so family was just us two, along our mother, Robin, and Dad. When Dad died, I knew that my role in the family had changed as quickly as he passed. Being "man of the house" includes a lot of responsibility, and I knew that I had to be available to help Mom out when she needed it.

Even though I moved closer, there was one thing I couldn't fix: She was lonely. Her routine had revolved around my father. Without him, she almost didn't know what to do. The following fall, she finally retired from the day care at St. Dominic Hospital, and her days were filled with simply finding something to do.

A year after losing Dad, she started talking about dating. I wasn't so sure. I didn't really fear some stranger trying to take the place of my father. I think it was just the idea of Mom being with anyone else. It scared me. I also wasn't sure that she was ready, either.

In early 2013, Mom met Joe Pennington. I met him one afternoon while on a run. I had stopped by the house for a quick visit. He had come to pick her up for a date (A date? My mother on a date?).

I don't know who was more nervous: he or I.

Soon, more of these dates were happening, and two things occurred to me: Mom was happy, and Joe was absolutely nuts about her. As I got to know Joe, I also realized that my mom dating again wasn't as hard I thought it might be because he was a fantastic man.

Joe lost his wife, Mary, in 2012. She had been sick with cancer for quite a while. He was taking care of her, and they probably spoke about what should happen after she passed. Joe was also the head of a large blended family with five children of his own along with raising three others.

By Thanksgiving of 2013, Joe had asked Mom to marry him. My sister and I were happy to give our blessings along with members of my father's family. Everyone who had been around Joe and Mom knew they made each other very happy. I was relieved that Mom had found someone to share her life with.

Mom wanted a low-key affair with just her, Joe and a justice of the peace. She has never been one for drawing attention to herself. I informed her that she could do whatever she liked, but I was going to be present. Joe was more diplomatic. He wanted to have a wedding ceremony, so they could invite all the friends and family they wanted. Needless to say, Joe won out.

Joe and Mom got married April 5, 2014, at Quest Community Church in Florence. Pastor Ed Hauser officiated the ceremony. Joe and Mom insisted on the event being a family affair from top to bottom. I was asked to perform music before the ceremony, and my sister stood as maid of honor. Joe's brother, Anthony, was best man, and Joe's son, Chris, took photos. More than 200 people attended.

The most special moment of the ceremony came during the traditional lighting of the unity candle. Most of the time, the parents of the bride and groom light the candle and then bring the flames together to signify the union of the two families. Joe and Mom lit their candles in memory of Dad and Mary. It was a sweet gesture honoring their memories.

Joe has told me that he could never be what my dad was to me, and I don't expect him to be. I am thankful that our families can freely talk about those who have passed. I am also thankful that I have gained brothers and sisters this late in my life.

Weddings are supposed to be happy and joyous occasions. For Joe and Robin Pennington, I'm sure that Hardy and Mary were happiest of all.