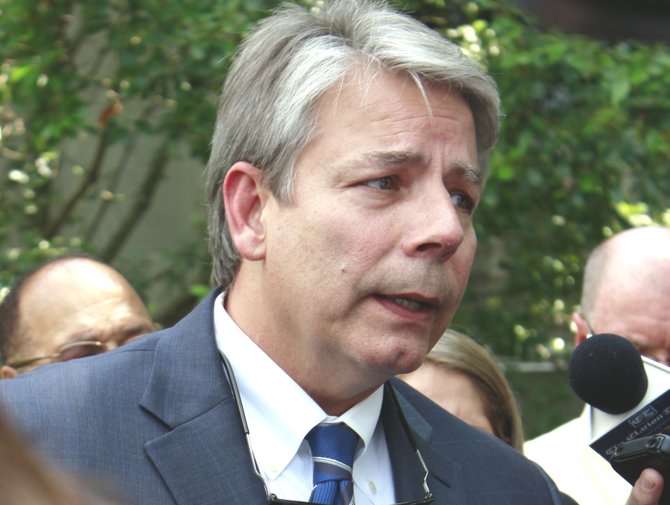 Mitch Tyner, an attorney who is cited in McDaniel's challenge as having cast an irregular vote and who argued on behalf of McDaniel, asked the judges to look solely at the statute in question.

Update: On Oct. 24, the Mississippi Supreme Court ruled against McDaniel, saying that he did indeed miss the 20-day filing deadline for his election challenge.

Writing for the majority, Justice Leslie King wrote: "In 1959, the Court ... through canons of statutory construction, determined that a candidate has twenty days following the primary to file an election contest for an office covering multiple counties. The statutes considered in 1959 have been reenacted without material change. Thus, under the doctrine of stare decisis, we find that McDaniel failed to file his election contest timely, and the trial judge did not err by dismissing the case."

A lower court previously ruled that McDaniel missed the deadline to file a challenge by 21 days, thus nullifying his attempts to prove that he is the rightful winner of the June Republican primary and therefore deserves to compete in the general election as the Republican nominee.

Arguments from both campaigns raised serious questions about the current state of Mississippi's election law and who gets to decide the state's election process.

Mitch Tyner, an attorney who is cited in McDaniel's challenge as having cast an irregular vote and who argued on behalf of McDaniel, asked the judges to look solely at the statute in question. It is under this statute that a candidate is allowed to challenge the results of a statewide election. The statute itself, Tyner argues, is enforceable on its face without needing to draw upon rules from other statutes.

No time frame or deadline is outlined in its language.

The 20-day rule still exists, Abernethy argues, within the statute that establishes the rules by which a candidate can challenge an election on the county level. The state high court determined in the 1959 case of Kellum v. Johnson that the Legislature meant for countywide and state elections to have the same deadline despite the fact that the guidelines are in two separate statutes.

"To look at this statute as a vacuum and say there is no deadline ... it's impractical," Abernethy said.

Furthermore, Abernethy argued that if the Mississippi State Supreme Court "got it wrong" in the Kellum case and the Legislature actually wanted no deadline for challenges in state elections, they have had over 50 years to rewrite or add clarification to the law.

The six justices who heard the arguments also raised questions about the state judiciary's responsibility to interpret and apply the law as opposed to rewriting, amending or adding to the law.

The court will issue a ruling at a later date.

The statute in question does not provide for the overturning of an election after it has been certified by the party, and the only remedy would be a new Republican primary election. Since we are almost at the time for the State election for the selection of US Senator and that would work a heavy burden on those voters who voted in good faith and under the present rules for primary elections, then the petitioner's motion should be dismissed. As a State Senator himself, McDaniel should work to change primary election laws if he feels they are unfair.