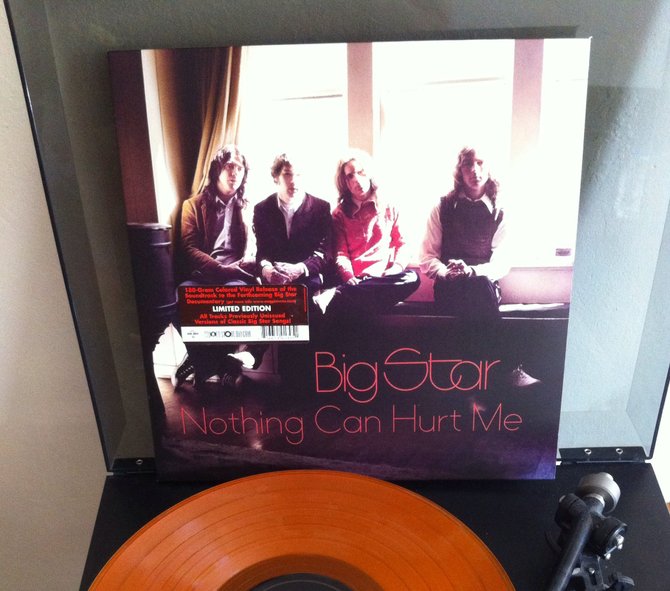 “Big Star: Nothing Can Hurt Me” brought back to life a cult favorite band gone too soon.

My favorite release of 2013 is Jason Isbell's "Southeastern." The first time I played the album, its lyrical beauty floored me. The songs feel like short stories chock-full of characters and experiences to which listeners can relate. Emotional connection is the key for enjoying this album.

"Southeastern" is an album that I can see myself returning to several times (as I already have since its release in June) with just as much enjoyment as the first listen. The songs are as full of life and color, and Isbell's delivery is on target.

Upon its release, "Big Star: Nothing Can Hurt Me" became my favorite music documentary of last year. The film is a real pleasure for longtime fans of the cult band, but it also holds some solid information for newcomers. The story of Big Star is a sad one, but the music itself is glorious.

Big Star hailed from Memphis and imploded before it could find a national audience, although most music critics loved the band. Chris Bell, one of the group's founding members, died in a car crash in 1978. Alex Chilton, the other creative force within Big Star, went on to enjoy somewhat of a cult celebrity status through the '80s and '90s. He died of a heart attack in 2010.

"Big Star: Nothing Can Hurt Me" does an amazing job of covering the band's beginnings, but the real magic lies in its ability to bring Chris Bell back to life through previously unreleased footage and family interviews. Because people knew so little about Bell prior to this film, it's nice to see him restored to his proper place in the band's story. The documentary also features tons of interviews with the surviving players and places the viewer in Memphis during the early '70s.

The set is encased in an LP-sized box and includes four CDs, a 172-page hardcover book and a DVD of his previously unreleased film "A Cowboy in Sweden." It serves as a perfect introduction to one of pop music's overlooked artists. The deluxe version will be essential to fans of the Svengali-type Hazlewood, often seen as an innovator in the genre of country-rock.

The biggest story is the ever-changing way we purchase and listen to music. Statista reports that vinyl sales continued to rise by 13 percent in 2013, while CD sales declined 14.5 percent. Downloading is still the dominant format, with 40.6 percent sales, and cloud-based music services continue to grow in number and scope.

With many new releases on slate, 2014 promises to be an exciting year for music. The James Brown biopic, for example, is currently in production. John Cusack and Paul Dano are splitting duties playing Brian Wilson of The Beach Boys in "Love & Mercy," a film due out in the fall. This year also marks the 50th anniversary of The Beatles' invasion of America.

Here's hoping you all have an excellent and musical 2014.

You write, " The deluxe version will be essential to fans of the Svengali-type Hazlewood.." I have seen this term used a few times in stories about him. What could he have done to earn this distinction?

Seems a bit demeaning to his artists, don't you think?