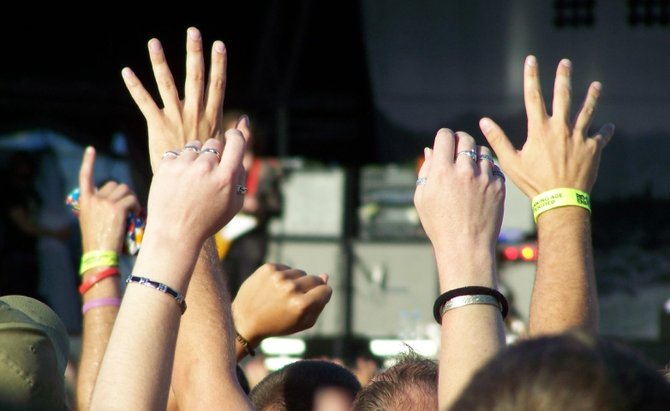 Let’s make Jackson a must-stop city for artists and bands.

In September, Lisa Marie Presley played to a full house at Duling Hall in Fondren. I'm sure that several people in the audience were present more out of curiosity than because they were genuine fans—that is understandable when you're dealing with the only daughter of one of the most famous people of all time.

Duling Hall, an old elementary-school auditorium, provides a cool, intimate setting for live music. I've had the pleasure of seeing all types of performances there, from hard rock to spoken word. The sound quality is good, and, generally, the venue doesn't have a bad seat.

At the Presley concert—which was a seated show—I was in the back quarter of the venue. Directly behind me, three people were having a full-blown conversation. They weren't just talking in between songs; they talked the entire time. While these people were nearest to me, I could also hear conversation throughout the entire hall.

At one point, a couple of over-zealous fans stood up and began screaming at Presley in a show of support.

Clearly uncomfortable, Presley encouraged them to sit down and promised that she would give them the chance to "rock out" later. For the most part, they complied, but there were still a couple of outbursts during the show.

The Black Crowes played that same month at Thalia Mara Hall, another excellent concert venue. Lead singer Chris Robinson called the audience out for recording video on cell phones. He asked the crowd how they'd feel if he had his phone out the entire time he was on stage performing.

I don't think it's offensive for people to snap a photo or two with their phones; I certainly do it on occasion. However, one person at this particular concert was recording video with an iPad.

Often, venues have signs posted requesting no cell-phone photography. This is usually at the request of the artist, not the promoter trying to just be mean.

I couldn't help but feel a little embarrassed—but not so much for the people talking or for the people who might have acted a little out of line. I was more ashamed of Jackson. I wonder if these things happen at every city on the tour or if it is just regional.

When I first started going to rock concerts, I was probably around 13. Back in the late '80s and early '90s, every hair metal band usually stopped in Jackson to play at the Mississippi Coliseum. One thing was pretty consistent at these shows: People threw glass beer bottles at the band. Those who were at either of the Metallica shows in 1989 or 1992 might remember singer James Hetfield threatening to stop the show if the throwing continued. The band genuinely feared its safety. Metallica has never been back to Jackson.

I have attended many concerts over the years—some here in Jackson and others as far as Atlanta or Dallas. When I attend a show, I know that I can't control the environment. I can only hope that my hometown crowd treats the performers and their audiences with enough respect to make the artists want to come visit again.

As Thalia Mara Hall undergoes its facelift this winter and with the reopening of the Iron Horse Grill—along with the many great clubs and restaurants—the sky is the limit for live music in Jackson. Thanks to folks such as Arden Barnett, Cody Cox and many others, the city has had some awesome music events.

I encourage everyone to support these shows, but please be considerate of the folks around you.

I was at that Metallica show, and remember Hetfield threatening to stop the show.

I'm new to Jackson and have attended two shows (with the intention to attend many more) at Duling Hall, Jason Isbell and Sarah Jarosz. While I love the intimacy of the venue, during the Isbell show there was a couple of guys near the back of the hall who kept up an ongoing conversation throughout the show. Rather rude, I thought, but I was able to move around (no seats) so I did not have to listen to their blather. Fortunately, the crowd was respectful to the performers and to the attendees for Brian Wright and Sarah Jarosz. I certainly hope Jackson will continue to attract the quality of performers such as Isbell and Jarosz and that the audience will give the performers their due.

It's not just a Jackson thing… Donna and I were at a Bowery Ballroom (I think… somewhere on the LES of NYC) show with the Mighty Blue Kings (that part I KNOW… one of my favorite rockabilly/Chicago-style Blues bands) sometime in the late 1990s and we'd seen them in Denver before -- maybe twice.

The difference with this show was that -- in the intimate venue -- you could barely hear the band over the conversations in the crowd.

Finally, to get the crowd under control, Ross Bon (lead singer) went off mic and hovered over the crowd from the stage singing his heart out until everyone started to shut up and those of us there to hear him started to clap and cheer. It was a little better from there to the end.

It's always a pleasure when the room pays attention to the talent!

Valid article. I see this sort of disrespect time and again in Jackson. It's an absolute shame that music supporters continue to be outnumbered by unappreciative kids who are there for the wrong reasons. They're too ignorant to realize what they're missing out on, and therefore causing the rest of us to miss out on as well. Can't they all just go to Magoo's instead?