I Am Not Impressed With Dr. King | Jackson Free Press | Jackson, MS

I Am Not Impressed With Dr. King 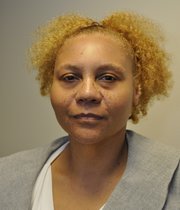 I was not one precious little bit impressed with the Martin Luther King, Jr. National Memorial in Washington, D.C. I was stunned at just how unmoved I was. I walked around it again and again looking for Dr. King in this tepid gray ensemble of stones. I couldn't believe this was what all the hype had been about. This was what it took years to raise $100 million to create. This was what all the controversy had been about: that a black artist was not chosen to coax the drum major of justice from stone into perpetuity, that the stone sculptors used was not American, that his obscenely greedy children demanded $800,000 for the use of King's image and words on his own damn memorial.

Then Maya Angelou said King's words were used in a way that made him sound arrogant, un-King-like. She waited, of course, until those words had already been etched into the monument to raise enough hell to get them tweaked. What Ms. Maya should have done was explain how this memorial turned out to be such a monumental disappointment, so painfully uninspiring and so utterly unworthy of this audacious leader for the ages.

Just in case my assessment was off, I asked my sister, who had been with the group of us who visited the memorial after the 50th commemoration of the March on Washington last August, for her opinion of it. "I was," she said, "completely underwhelmed. Next to all the other memorials on the National Mall, this thing looks like a bunch of big rocks on a sidewalk."

Unlike the Washington Monument, with its slender elegance pointing toward the sky and the majestic Lincoln Monument presiding over the National Mall and the beautiful Vietnam Veterans Memorial Wall in all its dramatic black granite glory with names of the fallen cascading over its stone brilliance, King's Memorial, though 30 feet high, is unimposing.

A giant of the 20th century stands with his arms folded, a slight scowl, I think, on his chiseled face. He must be disappointed not just with the memorial but at the tragic truth that the monument precisely mirrors the current state of "The Dream"—a pile of clueless rocks squatting on a sidewalk.

One of the most controversial moves King made tore at the very seams of the movement. He pissed off those fighting beside him and infuriated some parents with his decision to lead black children into the torrent of racial hatred spewing from fire hoses that bigots aimed at protesters. He sent their unprotected tender bodies out into the funky breath and bared teeth and vicious growls of deadly police dogs loosed on the non-violent, civil righteous who were hell-bent on tearing segregation down.

King took a chance that even the most hard-hearted whites would be moved by this kind of brutality against children—any children. He was right. Those images stirred Americans across the nation and put enough political pressure on leaders to make them start moving in the right policy direction. He also knew what invoking the image of children could do when he said, "I have a dream ... that one day right there in Alabama, little black boys and black girls will be able to join hands with little white boys and girls as sisters and brothers."

King thought anyone would be moved to protect the least of these—our children, our future. But white children are more likely to get pain medication than black and Hispanic children. A black child born into poverty in Mississippi has about as much chance of growing up to have a thriving middle-class life as homemade ice cream in hell. And some folk looked at a 7-year-old Sasha Obama as she walked in the parade after her father was inaugurated the first black president and called her and her family n*ggers. Are you weeping for "The Dream," yet?

Twice as many black teenagers are out of work as white teens, but our first black president is too damn scared to address that racial, economic disparity for fear he might upset white folk. A hoodie-wearing boy was murdered because his blackness made him fair game to a gun-toting wanna-be-cop murderer whom a predominately white, female jury let walk free. A black boy at a gas station was an easy kill for a white murderer who had demanded he turn down his own damn music. Are you weeping for "The Dream," yet?

I can't do a damn thing about that hot mess of sculpted stones masquerading as the Mountain of Despair and Stone of Hope—images from King's iconic "I Have a Dream" speech—but I can fight like hell for Our Dream. Will you fight with me? It would clearly be unKing-like of you not to—but, hey, no pressure.

Carole Cannon is a southern woman who wants to be a Voodoo priestess someday. But for now, she is a graduate of Columbia Graduate School of Journalism and a Pulitzer Prize-winning journalist who writes to fight.