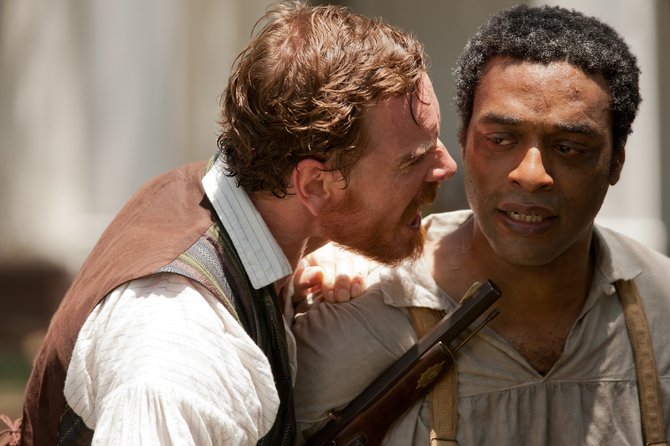 It's that time of year again, so let the parties begin! Yes, Mardi Gras is raging on, but I am specifically referring to the 86th Academy Awards. The Oscars, as they are known, will air this Sunday, March 2. Here are my predictions.

Having seen all nine nominees, I will say the list is as good as it get—each film is fantastic and deserving of its nomination. But I was surprised, and a bit upset, to see "The Butler" snubbed. With its release back in August, I believe the film peaked too soon.

While combing the list and looking for a common theme, it struck me. Each film's protagonist digs deep down for personal strength—physical, emotional, mental—to persevere near-impossible obstacles: hell on Earth, brutal slavery in "12 Years a Slave," abusively scamming FBI behavior in "American Hustle," death-in-a-moment piracy in "Captain Phillips," illegally prolonging lives in "Dallas Buyers Club," acute shock in disastrous space in "Gravity," love's highs and lows in "Her," wandering an aging mind in "Nebraska," searching for a missing piece of life in "Philomena," and inevitable incarceration per a self-inflicted money/sex/drug addiction in "The Wolf of Wall Street."

While "American Hustle" is the epitome of brilliant ensemble acting, and "Gravity" has revolutionized cinema's special-effects capabilities, my prediction is for the emotionally charged epic "12 Year a Slave" (which, coincidentally, I had the privilege of working on in New Orleans). My experience watching this film was simply unforgettable. While a safe choice for The Academy, I truly believe it's the right one to make.

As far as locked-up categories go, Best Actor is way up there. Most film experts say Matthew McConaughey will walk away with the Oscar statue for his stunning role in "Dallas Buyers Club." After all, he did lose 43 pounds to play AIDS-infected Ron Woodroof in this true story. But I'm going a different route, with Leonardo DiCaprio in "The Wolf of Wall Street." His genius portrayal of true-life Wall Streeter Jordan Belfort is full-on creative lunacy. Although it's an out-of-control, wild party of a performance, Leo constructively carries it out under the master guidance of director Martin Scorsese. Plus, Leo and Scorsese have been blazing social-scene trails to highlight Leo's what some may say, "overdue" circumstance.

This category is undoubtedly a lock with Cate Blanchett winning for her hysterics-riddled character in "Blue Jasmine." The current rumors and controversy around director Woody Allen won't impede her momentum through the voting deadline.

Jared Leto plays transgendered AIDS patient, Rayon, in "Dallas Buyers Club." Like McConaughey, Leto lost significant weight to deliver an accurate portrayal. His performance is mesmerizing and leaves you with a heightened sense of loneliness as Rayon chronically endures. I believe Leto will come out victorious.

Will and Should Win: Lupita Nyong'o, "12 Years a Slave"

Dark Horse that Should Win: Steve McQueen, "12 Years a Slave"