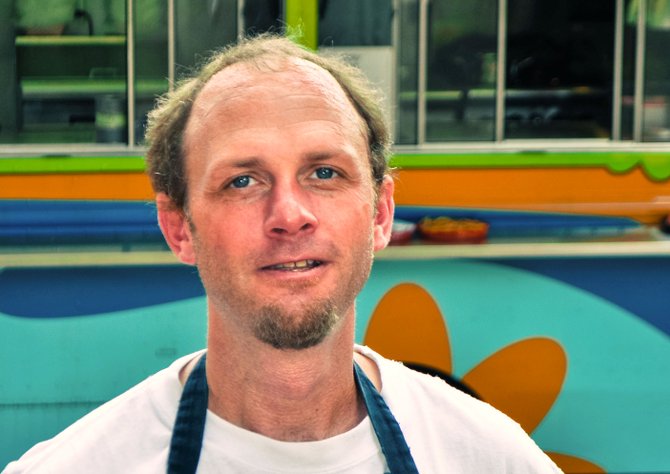 In many cities, the professionals who work downtown are treated to a parade of color and flavor in the form of food trucks. Currently, no such scene in Jackson exists, but that is beginning to change, thanks to Lauren Davis. The lifelong Jackson area resident was to first to fill the void with his truck, LurnyD's Grille. This isn't about a trendy version of the McDouble: Davis hopes to foster a food-truck scene similar to larger cities and help revitalize downtown Jackson.

While Davis, 41, had been grilling and smoking meat with his family since he was a child, he had no formal culinary training when he opened his truck. He says it was scary, but television shows such as The Cooking Channel's "Eat Street" inspired him with the knowledge that many in his newly chosen industry were in the same situation.

"I think the number was 75 percent of people who got into the food-truck business had no culinary background," Davis says.

"They just had ideas."

Davis, who lives in Jackson with his wife Betsy, pulled from his business background to open his mobile restaurant. Before getting into food trucks, he worked in advertising since graduating from Mississippi College.

He noticed that the Jackson food scene was oversaturated with the BBQ-trailer-in-the-Chevron-parking-lot model, leading him in the direction of burgers. Still, Davis found a way to bring his southern background to the burgers. One is topped with homemade pimento cheese, and the Southern Burger features fried green tomatoes and comeback dressing.

Davis is most proud of his Sloppy Jalopy, which is topped with chili and either deep-fried onions or deep-fried tomatoes.

"I can't find anyone doing that anywhere else in the country," Davis says.

For Davis, working with a Houston is a privilege. "It's an honor to have a trained chef like Jesse on the truck," he says.

Davis hopes to see other food trucks hit the streets soon. "That was really my ultimate goal: to get the food-truck scene going," he says. A crew of food trucks means more people going to Smith Park, and more revenue for the city.

"If somebody goes downtown, and the (food truck) lines are long, they're going to eat at a downtown restaurant," Davis says.

Until that scene emerges, you can find where LurnyD's Grille is parked on Twitter @LurnyDsGrille or at lurnydsgrille.com.