The Hardest Working Man in Music 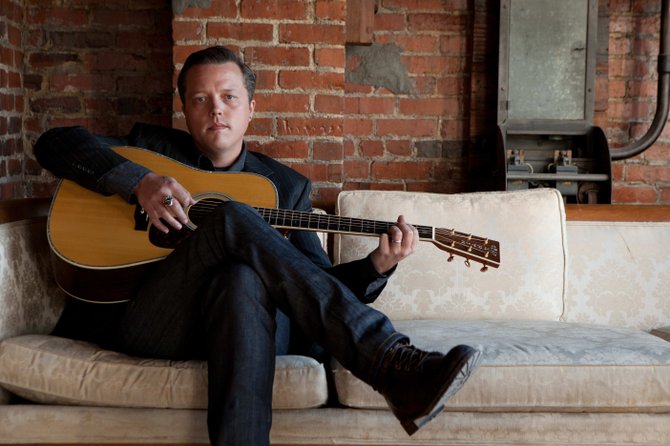 It's not surprising that Jason Isbell, 34, might sound a little tired when you talk to him. Just this year, Isbell married songwriter and musician Amanda Shires in February, released his latest solo effort, "Southeastern," in June, appeared on "Late Night with Conan O'Brien" in September and has been on tour in between.

Isbell got sober after his last tour and found more time to devote to writing, and he poured that effort into "Southeastern." The album is rich with melodies and colorful characters. Most importantly, it's full of excellent stories—the kind of stories that one listens to and holds their breath in anticipation of the lyrical brilliance.

The Jackson Free Press spoke with Isbell by phone.

You grew up around Muscle Shoals, Ala. How much of that part of the South informed your writing?

Muscle Shoals was a different kind of place because it has such a history of music there. I didn't realize all that had happened there until I was in my late teens. I spent a lot of time going out to restaurants and playing music with my friends, as we didn't have any bars there. ... It allowed me to run into a lot of those musicians who played on those old recordings. They were still out playing shows there in town. After I had gotten to know some of those people, I went back and studied the music they made and fell in love with it.

Tell me about the role melody plays in your writing.

The same melodies that work on people that are 6 or 7 years old work on people that are 50 or 60. Strong melodies are why kids love The Beatles so much. A lot of the songs that were played on the radio back in the '80s when I was growing up were by people like Crowded House, 'Til Tuesday, Squeeze, Prince and Cyndi Lauper. Those songs had really strong melodies. That might be something that sets my work apart from the people that fall into the Americana or roots music genre; my melodies aren't just informed by old country music or punk rock.

Critics have written about you getting sober, but how did get from your last album, "Here We Rest," to "Southeastern"?

It was honestly just a matter of working harder and spending more time on the songs. I had more time to work because my life had settled down quite a bit. I had quit drinking and going out. Because I didn't have that nagging of feeling of "Now it's time to go out and start drinking," I could actually focus on my work a lot more.

How does working with and being married to songwriter Amanda Shires work?

We help each other a whole lot. In the editing process, we'll bounce songs off each other when they're still very young. We'll make suggestions and try to be as supportive as we can. I feel like we really enjoy our time together. It's nice to be able to play together, but it's also important that we are individuals.

Tell me about the transition from being in the Drive-By Truckers to fronting your own band.

It's hard work. It's been very fulfilling for me. I find that I work best if I'm the boss or I'm being told what to do. ... Anything in between is hard. Anytime you try to share a vision with somebody else, it gets really convoluted very quickly. We had a really special thing with that band, and it worked for a while.