A Punk Carnival: The So So Glos | Jackson Free Press | Jackson, MS

A Punk Carnival: The So So Glos 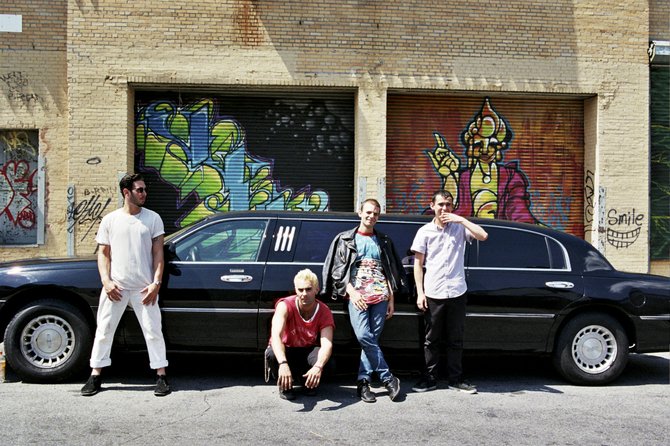 It doesn't take long to figure out where Brooklyn's The So So Glos come from. Many music historians argue that punk music was born and bred on the streets of New York. American punk rock finds its roots in bands like The Ramones, which reveled in its three-chord simplicity and catchy attack. They may have been beating on the brat, but they made it sound like a happy affair. The So So Glos channel that catchy, happy affair and try to bring something more to the table.

"We like to get people dancing, but we like to leave them thinking," singer and bassist Alex Levine said.

The band is on a national tour until December and stops in Jackson this Saturday.

Levine, along with his brother, guitarist Ryan Levine, formed The So So Glos in 2007 with a friend from preschool, drummer Zach Staggers.

"Through divorce and coming up in broken homes, we started our own gang back in 1991," Adam Levine said.

Guitarist Matt Elkin joined the band that October, and the quartet started touring soon after.

In 2008, The So So Glos released their EP, "Tourism/Terrorism," through New York-based Green Owl Records of Warner Music Group. Greg Cochrane wrote for BBC that the EP "channels the combustible spirit and uncompromising belief of The Libertines, The Cribs and Weezer—punk rock that's hanging by a thread."

"(It was) an escape from tropical Armageddon," Levine said about the EP. "It was homage to a New York we no longer knew."

This year, the band put out its fourth release, "Blowout," which Rolling Stone magazine listed in its online "Best Albums of 2013: Mid-Year Report."

The modern changes to their hometown carried over into "Blowout."

"It's an homage to the greatest generation," Levine said. "It's a city we remember in our minds, but has somehow lost some of that character."

In a Pitchfork review, Zach Kelly wrote, "'Blowout' isn't trying to break any molds, but distinguishes itself with thoughtful genre cherry-picking and a more inclusive spin on their contemporaries' established efforts."

The album is just about the perfect New York punk album for 2013. The guitars are obnoxious, and the vocals are loud. Underneath the layered barrage of distorted noise are actual songs with thoughtful and insightful lyrics. It's like if The Clash wrote songs for The Strokes.