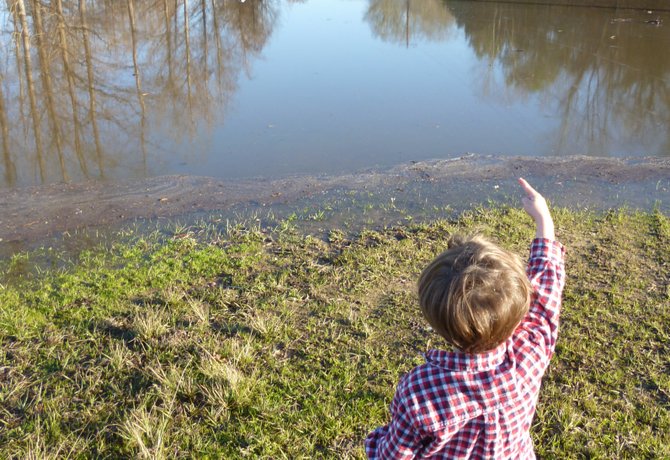 Turn off the TV and take those kids exploring outside! Photo by Courtesy Kelly Bryan Smith

If you are a parent, you have probably been there. It doesn't matter if you are single, married or divorced. It doesn't matter if you are a mom or a dad, old or young, rolling in it or just scraping by. Sometimes, you have just got to turn on the television for 20 minutes to finish getting dinner on the table, to have a private moment in the bathroom or to take a breather from the 342nd "why" since school let out for the afternoon.

I live there, too. However, study after study shows that the amount of direct and indirect screen time is increasingly problematic for our children's development. And don't forget, in our increasingly technological society, TV isn't the only screen to think about--computers and laptops, iPads and tablets, smartphones and even e-readers all contribute to the same issues.

In order to counteract the problems associated with the influence of television, parents can be certain to spend plenty of quality time with their children having conversations, reading together and pursuing mutual interests. If television is a habit in your family, you may also want to consider ways to gradually incorporate other forms of entertainment and interaction that will boost your children's developmental potential, making time for both Power Rangers and playing at the park.

How to Cook Dinner Without the TV

How to Watch TV Wisely