Immigrants Contribute More To Medicare Than They Take Out, Study Finds 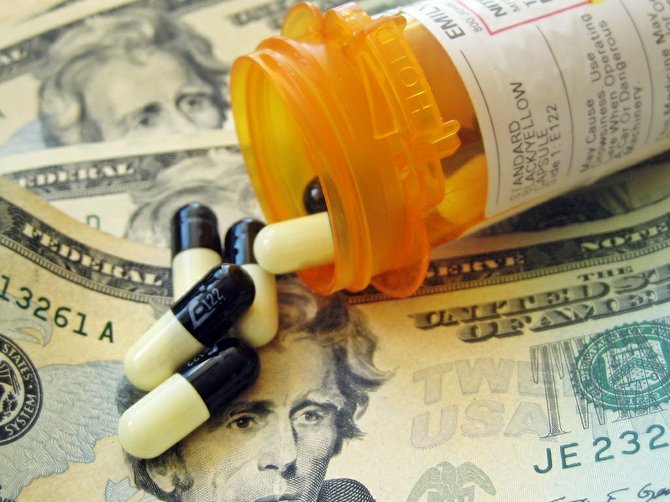 As Congress mulls changing America's border and naturalization rules, a study finds that immigrant workers are helping buttress Medicare's finances, because they contribute tens of billions a year more than immigrant retirees use in medical services. Photo by Courtesy Flickr/Images of Money

This article was produced by Kaiser Health News with support from The SCAN Foundation.

As Congress mulls changing America's border and naturalization rules, a study finds that immigrant workers are helping buttress Medicare's finances, because they contribute tens of billions a year more than immigrant retirees use in medical services.

The Hospital Insurance Trust Fund, which pays for Medicare's Part A inpatient hospital care, skilled nursing facilities, home health and hospice for the aged and disabled, had assets of $244 billion at the start of 2012 but is projected to run out of money in 2024 as the population ages, according to estimates of the Medicare trustees. It is financed by payroll and self-employment taxes.

The study examined the impact of 29 million immigrants counted in the Census on the financing of the Medicare program. It included those who had become U.S. citizens as well as those who hadn't, but, the authors noted, probably excludes many illegal immigrants who dodged the survey.

The study found that in 2009, immigrants contributed $33 billion to the trust fund, nearly 15 percent of total contributions. They received $19 billion of expenditures, about 8 percent, giving the trust fund a surplus of $14 billion. People born in the United States, on the other hand, contributed $192 billion and received $223 billion, decreasing the trust fund by $31 billion, according to the paper's lead author, Leah Zallman, a scientist at Cambridge Health Alliance in Massachusetts,

Between 2002 and 2009, immigrants generated a cumulative surplus of $115 billion for the trust fund, the study found. Most of the surplus contribution came from noncitizens. The immigrants created a net gain primarily because of demographics: There are 6.5 immigrants of working age for every one elderly immigrant, but only 4.7 working-age native citizens for every one retiree. Although that ratio could change in the future, the report notes that the Census Bureau projects that the share of immigrants in the United States will increase for the next 18 years.

In addition, care for immigrants also costs Medicare slightly less. The average expenditure was $3,923 for immigrant enrollees and $5,388 for U.S. born enrollees, a difference "of borderline significance," according to the paper, written by Zallman and health professors at the City University of New York and Harvard Medical School.

The researchers wrote that changes in the nation's immigration policy that would create a path to citizenship for undocumented immigrants would increase revenues for the trust fund, as many workers would shift from under-the-table employment to work where payroll taxes were collected. Also, they would have an easier time getting higher-paid jobs. However, letting the undocumented become citizens would also increase the number eligible for Medicare and, therefore, the expenditures on their behalf.

The researchers did not factor in the Supplementary Medical Insurance Trust Fund, which finances Medicare Part B to pay for physician services and outpatient care, into most of their calculations. That's because the financial trajectory of that fund is less clear, as it relies on enrollee premiums and annual appropriations from Congress. There was no significant difference between the amount spent on immigrants and U.S.-born people from that fund, the study noted.

The authors interjected personal views normally not found in academic papers of this sort: "Having ourselves witnessed immigrants dying needlessly because of lack of health care, we (and many of our colleagues) are motived by the belief that all patients have a human right to health care. But economic concerns — including the worry that immigrants are driving up US health care costs — have often dominated the debate over immigration. Our data offer a new perspective on these economic concerns."