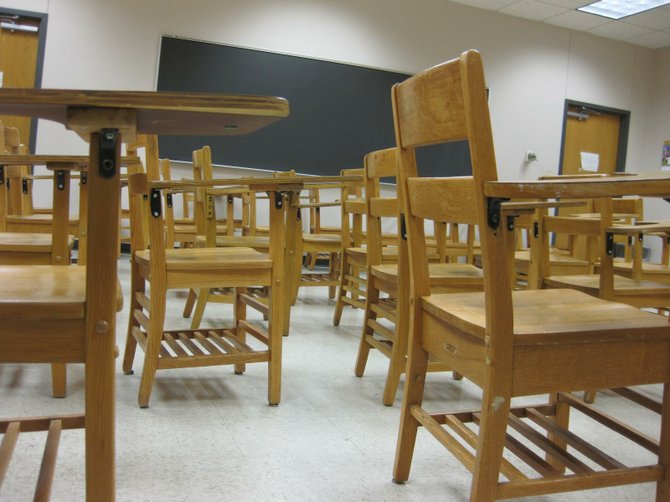 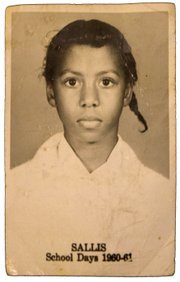 Brinda Willis shares lessons from her first school experiences as a child.

I could hardly contain the "glad happies" that were jumping around in my stomach when I entered the first grade in 1961 at Long Creek Elementary. The "glad happies" were what my sister and I named that feeling of excruciating excitement we got as children when something good was about to happen.

I remember riding the big yellow bus the day I went to school for the first time. This day was just about the best thing that had ever happened to me in all my six years of life. My sister Juanita—we called her Bay—told my twin and I where to sit on the bus and told us not to move before she came back to get us off the bus. She promptly placed us on the front seat and told the bus driver, Mr. Jessie, who we were and that today was the first day of school for us even though he already knew who we were.

Mr. Jessie had been the bus driver for as long as I could remember. He lived just about two or three miles down the road from us, and he owned the syrup-making mill that we visited every fall to turn our sugar cane into sweet liquid gold. We sat quiet as church mice on the front seat of the bus, never really speaking, just smiling at all the big kids who boarded the bus at each stop. They took the liberty of patting us on the head while saying to each other how much we looked like little dolls. My mother had dressed us alike in two pretty, red-plaid dresses with white socks and red ribbons on our ponytails.

My big sisters and brothers were also on the bus with me. My parents had instructed them to take care of us, to make sure we got where we were supposed to go that day. They gave Bay the task of being our "agent" for the day. She was proud of her newfound responsibility, which was odd because she never took any pleasure in being in charge of us before. This day was different—it was as if Bay had a new prize to show off to her friends, two little dolls that looked just alike. Bay seemed to be very proud of her two little sisters. I could tell because she actually called us by our real names and not our nicknames—little knuckleheads.

Soon, Bay took us to our assigned classroom and introduced us to Mrs. Rimmer, who was our teacher for the next three years. Mrs. Rimmer was a petite, prim and proper kind of lady who was just a little taller than my sister and me. She immediately recognized that my twin sister and I were too tall to fit into the little chairs in her classroom. She sent one of the boys to the fourth-grade classroom to ask Mrs. Funches for two large chairs. When the chairs arrived, she told Bill James Flanagan to place one of the chairs on each side of her desk and then she made a great announcement that my twin and I would be her helpers for the remainder of the year.

Soon, we saw Mrs. Rimmer elevated to the greatest woman on earth—at least in our little world. She was soft spoken, always smelled good and wore the most beautiful clothes that seemed to never get dirty, even though she was liberal with hugs and handshakes whenever she thought any of her students did a good job. If you didn't get a hug or handshake, she always told you that you did good along with an approving pat on your head or quick wink of her eye. Frequently, Mrs. Rimmer sent notes home to our parents telling them of our academic progress long before it was time for our report cards. Mrs. Rimmer had a special way of making you feel good, and sometimes she gave the privilege of taking names when she had to leave the room, or calling out spelling words when we took our practice tests.

Soon after we got settled into our classroom routine, Mrs. Rimmer introduced a little ceremony that would become a tradition that would have an impact on me not just for the next three years, but for the rest of my life. The tradition started every day with all of Mrs. Rimmer's students lining up across the front of the classroom with boys and girls mixed together in a straight line. First, Mrs. Rimmer asked that you step out from the line, and she called your name aloud like soldiers do during roll call. Then she said, "Go ahead tell the class how you look today."

Standing straight and tall with our hands stretched out and a big smile on our faces, we started at our shoes saying, "My shoes are clean, my socks are clean, my dress is clean, my face is clean, my teeth are clean, my hair is clean and my hands are clean." Then she would gesture for us to spin around while saying, "I think I look alright this morning." This simple game ensured that everyone in the class paid extra attention to their daily appearance. Mrs. Rimmer believed that "cleanliness was next to godliness."

Being raised in a rural community, hygiene and personal appearance weren't always a priority for many of my fellow classmates. Mrs. Rimmer's little game proved to be a great way to get everyone in our class to have a lifelong appreciation for good hygiene practices. It also made us want to impress our teacher and to seek her approval while doing something that would prove to be helpful throughout our lives. It gave us a sense of pride and accomplishment along with a healthy respect for our teacher that spilled over into our classwork and behavior, at school and at home.

For the next three years, Mrs. Rimmer earned my respect but, most of all, she taught me to look forward to each new day with great expectations.