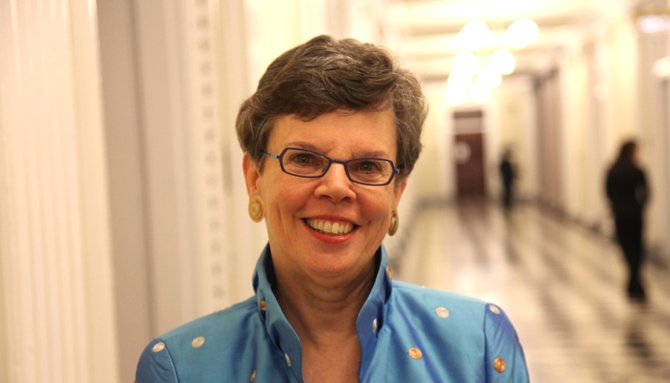 Photo by Courtesy The White House

Martha Bergmark stands among the state's "10 Women of Vision" as part of the Women's Fund of Mississippi's 10th anniversary celebration. She carries on the work that began for her parents in the Civil Rights Movement through the Mississippi Center for Justice.

Bergmark graduated from the University of Michigan Law School and Oberlin College, and holds an honorary doctorate of public service from Millsaps College. She serves as the founding president and CEO of the Mississippi Center for Justice, a nonprofit public-interest law firm that works to advance racial and economic justice.

Before founding the MCJ in 2003, Bergmark and her husband worked worked together in a civil-rights law practice that they started in 1973. She later worked for the Legal Services Corporation in Washington, D.C., serving as president and executive vice president. Bergmark later became the senior vice president for programs at the National Legal Aid and Defender Association.

The Mississippi Center for Justice works to improve the lives of Mississippians through engaging elected officials, faith-based leaders, media, community activists, educators, child-care providers, health-care professionals and other advocacy partners. The center has offices in Jackson, Biloxi and Indianola.

The center provided substantial volunteer and legal help to low-income survivors in the aftermath of Hurricane Katrina. In 2010, the MCJ won a landmark settlement that restored $132 million to housing recovery for hurricane survivors previously excluded from Mississippi's recovery programs.

Bergmark and the other Women's Fund honorees will be celebrated during a luncheon Oct. 24 at the Jackson Convention Complex.