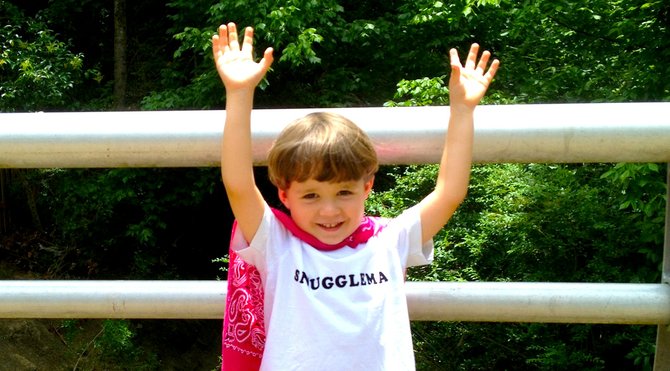 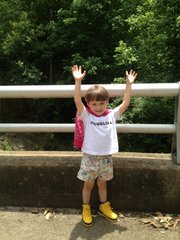 Partner with your kids and their schools to create a whole team of lean, green, planetary superheroes!

There is something exhilarating about the process of filling a shopping cart full of fragrant new crayons and crisp new paper and the coolest backpack characters of the season. Such back-to-school sprees and other school-year habits can be hard on the wallet, though—and the planet. Here are a few ideas to get your school year off to a greener start.

Long lines of idling cars every morning is not the most eco-friendly system on the planet, but it is a necessity for many schools and families. You can do a few things, though. Some research suggests that it is actually more fuel efficient to turn your car off and then on again if you are going to be idling for more than 10 seconds. However, that sounds potentially very obnoxious in a pick-up line situation, so perhaps it is better to open the windows and turn off the car simply if you arrive early before the carpool process begins, shaving off a few minutes of carbon-dioxide emissions. Other possibilities include riding the school bus more frequently or sharing the carpool load with another family, taking one car out of the idling-car line.

As delicious as freshly sharpened, brand new pencils can be, the truth is that kids don't need a new everything in order to learn. Look under couch cushions, in desk drawers and in the bottom of your purse. Sharpen pencils, use cap erasers and even sharpen crayons. Test markers to see whether they need to be disposed of or replaced before raiding the Crayola aisle. Pull out a hand-soap refill bottle with a scent you are tired of to add to the back-to-school supplies box.

Rather than going with the latest trends for backpacks and lunchboxes, think outside the replace-every-year mode. Buy something more durable, such as a strong, neutral-colored backpack that you could personalize each year with new sew-on patches or other decorative elements. Or consider a sturdy, hard-sided lunchbox that can be redecorated with cool new stickers every few months providing longevity of at least a few years. Invest in a selection of small, washable containers to use to pack healthy choices with less waste. 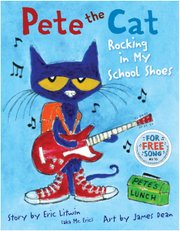 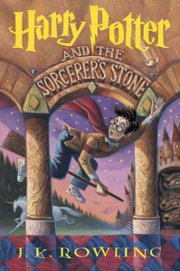 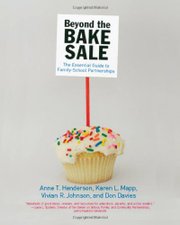 The start of a new school year is just around the corner, and Jackson wants its students to be ready.

Mayor Chokwe Lumumba announced July 19 that the city, along with 99 Jams and Kixie 107, will host the 2013 Back to School Celebration & Supply Giveaway at Metrocenter Mall August 4.

"The city and event partners are looking forward to expressing our support to the young people of Jackson and encouraging them to reach for every academic goal this school year," Mayor Lumumba stated in a press release.

The event will have giveaways and activities for everyone as well as the school supplies for Jackson students. The supplies will be given on a first come, first serve basis. Parents and children will also be able to learn about educational services, and volunteer and athletic programs for students.