The Art of Seduction 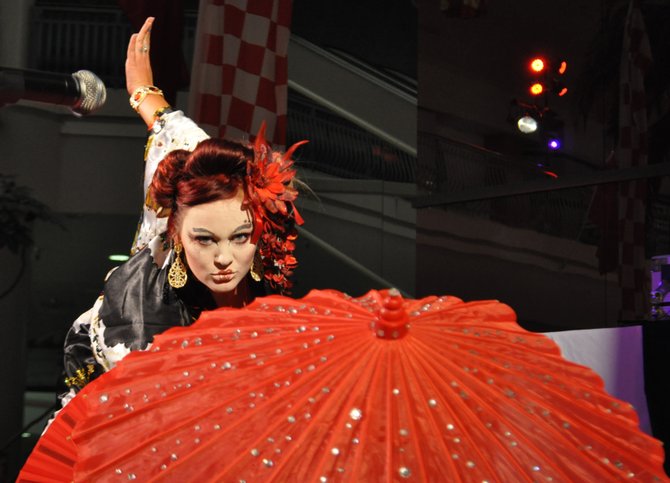 After stunning the audience at this year's Best of Jackson party, Jezabelle von Jane is returning to Jackson to perform at the 9th Annual JFP Chick Ball. While she will be performing solo, three other Sirens will be in the audience and helping with Chick Ball. Von Jane, 35, founded Magick City Sirens in 2006. She's originally from the Boston, Mass., area and moved to Birmingham in 2004.

Why did you start Magick City Sirens?

I've been doing burlesque since 1998. I started in the rockabilly scene up north in Boston, Massachusetts. When I moved down to the south, there were a lot of entertainment things going on, but they really didn't have anything in the way of vaudeville. I branched off from burlesque to vaudeville, which is more of what we do, and started a troupe here in 2006. We definitely needed a vaudeville-burlesque troupe.

We are inspired by multiple things.... Anything that you can put on a stage anywhere has really been encompassed by vaudeville. ... It encompasses comedy and a lot of the entertainment that has been lost along the way with television and internet and that sort of thing. It's more like a revival of performance art, basically.

... A lot of times people will confuse vaudeville with dance or theater acts that were going on in London and Paris at the time, but vaudeville here actually was in cheaper theaters. It was a way for the regular man to fill an empty theater that was not a Broadway production. And, of course, the everyday man enjoyed comedy and enjoyed something a little less than ordinary, and that's what they were getting in Broadway.

Burlesque is a complete and totally different entity all in itself. Burlesque is the art of scantily clad women removing their clothing, but you have to understand that back in those days they weren't allowed to be nude. They would remove small pieces of clothing; of course, they started off very small. The ankle and the wrist were very intriguing during those days.

Burlesque and chorus girls were always part of all variety acts in the '20s, '30s and '40s. The chorus girls moved on to having feature girls who did dancing and their scantily clad tempting acts, and vaudeville performers did their small acts in between.

Our troupe actually does both. ... We're called Magick City Sirens for a reason: Each of us sing; each of us are vocalists. We are considered these days as neo, meaning that we clash vaudeville and burlesque together. We don't really encompass the old-timey true-to-the-form burlesque because I feel as if burlesque should be treated as if it never died out.

Burlesque itself is the art of seduction, just like anything else in entertainment.

How else is Magick City Sirens different from other troupes?

All of us sing. all of us dance. All of us act. But each of us has a specific skill set. Some of us are fire-breathers, others are aerialists. ... We do not go out of house to do anything—everything from lighting to sound. All the skits are all written in-house. We do not replicate shows; we do a new show for everyone.

What type of performance do you have in mind for Chick Ball?

Well, that's a surprise. But I will tell you this: We took (inspiration from) the idea of raising money to fight against sex trade. We really wanted to show the queens of the world, and how they can stand on their own. They can fight whatever they need to fight and be strong within themselves.

What about the difference between burlesque and stripping?

Burlesque dancers never get nude. There are scantily clad women. There is more nudity on Broadway than will ever be on a burlesque stage.

Let me be very clear: I am very supportive of all types of entertainment. Strippers and burlesque dancers are both entertainers in their own right. However, burlesque is an art form that gives homage to the performers of the old and gives homage to the art form that was burlesque dancing. There's a true art to it. There's an art to peeling a glove; there's a method to removing a corset.

What do you think the purpose is for most of the dancers?

Is it a woman’s way of embodying her feminism? I have to say that for each entertainer, that question is different. For me, though, I’m equal. I feel like it is an opportunity for men and women and the transgendered. It’s a chance to live your dream and entertain other people. I would say that yes, some women use it as a way to feel empowered about themselves, but for those of us who make this a lifetime choice—to entertain other people—there really is no option for us. It’s not about empowering ourselves, it’s about doing what we love for a living.

How does one train to be a burlesque dancer?

That question is one that many of us who own troupes have difference answers to. I do not hold true to the traditional burlesque. I feel that anyone who is comfortable on a stage can entertain a crowd. That’s the one thing you have to have going in to it. You don’t have to know how to dance; you don’t have to know how to sing. Those are things that can be taught to you, but one thing you can’t be taught is the sense of enjoyment of entertaining others. Once you have that, you come in and I teach you the basics—the basics of appeal, the basics of movements on stage that are suggestive. Because we are a vaudeville troupe, I teach you method acting, and I teach you how to encompass your character how it is on stage.

What led you to performing?

I was really the odd girl out as a teenager and in my 20s. I loved to dance, and I loved to sing. I loved to act, but I didn’t want to waste my life waiting for auditions. I didn’t want to spend my life waiting for someone else to take notice. So I went in with my local theater group in college, and one particular lady came in, and she did what the new revived vaudeville was. She put on an amazing show, and I loved her. I actually became her protégé.

I was sitting at a table one night after one of her shows, and I was making everyone laugh and I was the center of attention. She came over and was like, “Hey, guess what. I would really like you to come in, and I would like to teach you the ropes. I haven’t seen anyone gather that much attention from everyone at a table in a really long time.”

… Being on stage is the most comfortable place I can think of, and I’ve been doing it ever since.