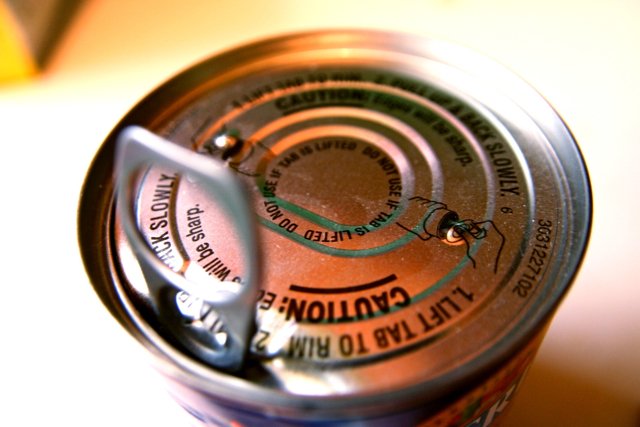 Are people exposed to doses of bisphenol A in their canned foods and other consumer products that can harm them? Or are the amounts too low to cause any harm? Photo by Courtesy Flickr/Steven DePolo

BOSTON - Are people exposed to doses of bisphenol A in their canned foods and other consumer products that can harm them? Or are the amounts too low to cause any harm?

This is the crux of a vehement debate that is being waged as federal officials are trying to decide whether the chemical, known as BPA, should be regulated.

A group of toxicologists, including some who work for federal agencies, is questioning the likelihood that BPA is harming human health. But biologists studying the chemical's health effects disagree, saying that what's been detected in people is comparable to amounts that have harmed lab animals.

BPA is arguably the most controversial chemical in consumer products. It is used to make polycarbonate plastic as well as food and beverage can liners and some paper receipts and dental sealants

What is widely agreed upon is that exposure is ubiquitous. More than 90 percent of Americans tested have traces of BPA in their bodies.

BPA acts like an estrogen, disrupting hormones In laboratory animals. it alters how their reproductive systems and brains develop, and sets the stage for breast and prostate cancer. People with higher levels of exposure have an increased risk of cardiovascular disease, obesity and diabetes, according to some studies.

Nevertheless, the potential for human effects has been highly controversial among scientists who are debating whether the amounts in people's bodies are in fact too low to be capable of inflicting harm.

On Friday, some of the toxicologists presented their arguments at the American Association for Advancement of Science annual meeting in Boston.

Do the Math. Is It Harmful?

On one side of this debate are toxicologists who specialize in analyzing data with mathematical models, producing information often used to set regulatory limits on chemical exposures. Their work focuses not on physical effects observed in animals or cells but on developing models that use numbers to make predictions, in this case to describe the amount of a chemical in the human body and how it may behave.

On the other side are scientists who study BPA's health effects in animals and people. They include specialists in genetics, endocrinology, physiology and epidemiology from various academic institutions whose work is supported by the National Institute of Environmental Health Sciences. They have reported health effects in lab animals at very low levels of BPA exposure that they say are comparable to amounts people encounter through consumer products.

This debate, while arcane, is important because the scientific information is being used by the U.S. Environmental Protection Agency and Food and Drug Administration in deciding whether to regulate BPA in consumer products, such as canned foods. Reacting to consumer concerns, some manufacturers already have stopped using BPA in plastic baby bottles, receipts and other items.

Justin Teeguarden, senior scientist at the Pacific Northwest National Laboratory, and Daniel Doerge, research chemist at the FDA's National Center for Toxicological Research, have produced modeling studies that cast doubt on whether levels of BPA compounds being found in people are having any effects.

At the science conference on Friday, Teeguarden contended that the levels causing effects in animal studies, particularly those caused by BPA's interaction with estrogen receptors, are much higher than the levels his models suggest are plausible in people. He said he used several methods to examine exposure data from more than 100 studies.

"My position," he said, "is simply that we should use the massive body of human exposure data to inform our toxicology studies."

The animal studies, he said, were based on "exposure levels much higher than has been measured in most human blood samples and is therefore not sufficient evidence on which to make claims that humans are at risk at current exposure levels." He also said in an interview that there is a history of claims that have been made about BPA that subsequent studies have disproved or not replicated.

While his current research is not funded by industry, Teenguarden in the past has received some funding from the chemical manufacturing and plastics industries, according to journal articles he authored.

Scientists on the other side include University of Chicago at Illinois professor of physiology Gail Prins who is studying BPA's effects on the prostate gland; Washington State University professor of biomolecular science, Patricia Hunt who is investigating the effect of prenatal BPA exposure on rhesus monkeys; University of Massachusetts Amherst biology professor R. Thomas Zoeller, whose research focuses on endocrine disrupting chemical's effects on the thyroid; Tufts University postdoctoral associate Laura Vanderberg, whose most recent published study found that prenatal BPA exposure can alter male mouse mammary glands; and University of Missouri-Columbia biology professor Frederick vom Saal, who has studied BPA for decades.

These biologists are concerned that these models may be used by the FDA to tell the public that BPA is safe.

"There's a significant amount of data on human exposure to BPA that is beginning to follow a pattern that is following what we're seeing in animal data," Zoeller said.

Vom Saal said "at incredibly low doses, BPA can alter pituitary, breast and prostate cells." Such effects have been seen in animal studies, including those with primates.

Presenting "Guesses" to the Public

Teeguarden's conclusions, Vom Saal said, are "based on assumptions and math models that are being treated as fact and presenting guesses to the public as if they were based on real world data instead of clinical measurements."

Prins said it's important to understand that Doerge's and Teeguarden's models are designed to measure how much of a chemical may be present—not to investigate biological activity.

Or as Birnbaum explained, "the modeling may be okay but it tells you nothing about how the compound might interact or at what level."

Zoeller also notes that the toxicological modeling is not designed to examine effects of chronic, low-dose exposure to an endocrine-disrupting chemical like BPA. Historically, these models have looked at specific cancers or fully manifested diseases. In contrast, BPA appears to produce health effects that set the stage for diseases often diagnosed many years after exposure.

"Chronic disease in human populations is not something traditional toxicology is designed to handle. It doesn't look for risk factors," Zoeller said.

In addition, the biologists say BPA, like other hormones, seems to have effects at low doses that don't occur at high doses. That doesn't happen with the other chemicals that toxicologists are accustomed to.

While they readily acknowledge data gaps, they maintain that existing evidence strongly suggests that BPA is capable of affecting health at exceptionally low levels of exposure.

"How long do we have to see the same things repeated in studies until we say these effects are real?" Zoeller asked.