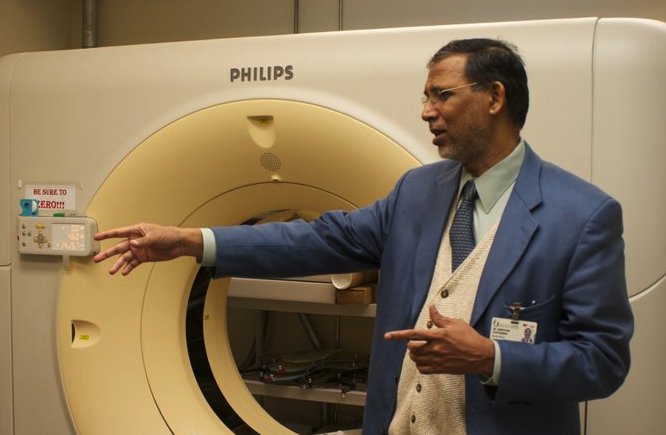 The University of Mississippi Medical Center's Cancer Institute has a new director, Dr. Srinivasan Vijayakumar, but you can just call him Dr. Vijay. UMMC named him director Dec. 2. Vijayakumar, 59, is also a professor and the chairman of the radiation oncology department.

He began as interim director in August but has been a valuable part of the Cancer Institute for six years, Dr. James E. Keeton, UMMC's vice chancellor for health affairs and dean of the School of Medicine, said in a press release.

"It's a mix of joy and responsibility," Vijayakumar said. "We need to accomplish a lot in the state of Mississippi."

Among the many things he hopes to accomplish as director is getting UMMC's Cancer Institute designated with the National Cancer Institute, which will enable it to do more research and give more cutting-edge treatments to cancer centers. Mississippi does not currently have any NCI-designated cancer centers. Vijayakumar hopes to accomplish that goal in the next five to 10 years.

"I always wanted to serve people with the most need," he said. "The cancer burden in Mississippi is very high. I thought it would be a challenge and opportunity for me."

Mississippi has one of the highest cancer death rates in the United States, making Vijayakumar's work all the more important.

"Defeating cancer takes teamwork," he said. "It takes a special group of teams working together."

Vijayakumar is married to the chief of nuclear medicine at the cancer institute, Dr. Vani Vijayakumar.