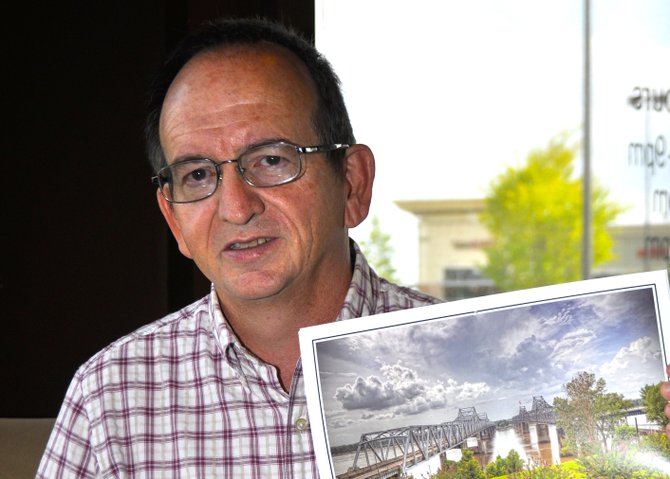 A split second is about the time it takes to snap a photo,. It's the same amount of time it took for Kim Hunt's life to change completely.

Hunt is a Jackson native, but chance took him all over the world, including to Romania where he met his wife, Tabita.

A former schoolteacher, Hunt now follows his passion as a photographer. He propelled his love for photography into a business after he won "Who Wants to be a Millionaire" in 2000. He was the fifth contestant to win the million-dollar prize.

To qualify for the hot seat on the show, Hunt had to win a preliminary competition called "fastest finger." The producers had contestants put certain items in order and whoever was fastest got to compete for the million.

"I knew I had it right, but the thing came up, and said nobody got it right, and I knew I got it right," Hunt says. "Then they came on and said, 'We had a computer glitch. We will run the tape back through and see who won.'"

After going on to win the big prize, Hunt decided to travel and pursue photography, a love his father instilled. "My father photographed everything when we were growing up," Hunt says. "He loved to travel and would capture any and everything for my family. That's where I think I got my camera bug."

He remembers his first experience with a camera, on a ninth-grade Spanish trip to Mexico. "My father let me use his Canon camera. Everything was handheld in those days, and you had to learn how to work with light, and what settings matched what light," he says. "It was a lot more complicated, but a great way to learn how the settings worked."

Hunt sells his work most weekends at the Mississippi Farmers Market and through his website, picturemississippi.com. He just finished a calendar of Mississippi photos and is excited to share it with the Jackson community at the Mississippi Craft Show Aug. 24 and 25. His future plans include a book, and spreading his work through the state and beyond.

"I want to share Mississippi with people," Hunt says.