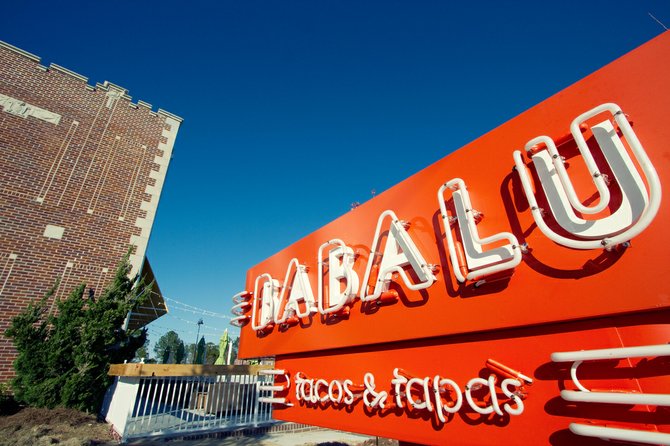 From November until the end of January every year, Jackson residents and businesses campaign, vote and then wait for the results of the annual Best of Jackson competition. The contest is so popular that we’re now doing mini-polls throughout the year from Best Redhead to Best Local Lunch places, which we announce below. Keep an eye on bestofjackson.com and the print edition for a new ballot in November, as well as fun monthly polls. To the best! 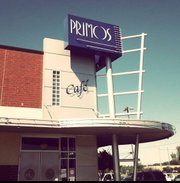 Angelo "Pop" Primos came to the United States with his wife, Mildred, from Greece and started a family bakery in 1929. Nearly a century later, Primos has two of the area's most popular restaurants.

The cream of Primos' crop is its blue-plate specials. The eatery offers chicken potpie, hamburger steak, fried chicken and fried catfish, along with other classics. Each blue-plate special includes a meat, two or three vegetables, and a cornbread muffin or roll. Everything is made in-house and, these days, as healthy as possible—balancing southern comfort food with a fresh, good-for-you approach. Primos is also known for its baked goods, especially its most popular cake flavor, caramel.

Char's lunch menu is top-notch, with two blue-plate specials Monday through Saturday that range from red beans and rice or beef brisket to fried catfish or roasted turkey from $8 to $12. Diners can top off lunch with pecan pie, pecan-caramel, butter-crunch, or triple-chocolate cake with raspberry coulis or peach cobbler bathed in vanilla ice cream.

Fans of Cajun cuisine owe themselves a trip to Froghead Grill, tucked away on Clinton Center Drive just off of Interstate 20 in Clinton.

Technically, Froghead is an American grill, but with dishes like crawfish quesadilla, etouffee, red beans and rice, and seafood gumbo, it's impossible for the three-year-old restaurant to hide its roots.

The best deals are the lunch specials, served from 11 a.m. to 2 p.m. weekdays. From Monday's dish of "Grandma's Poppy Seed Chicken Casserole" to Thursday's spicy chicken spaghetti, these Cajun-themed dishes are not to be missed. The Tadpole Menu offers traditional and Cajun-inspired choices like the "Cold-Cut Mini-Boy" and popcorn shrimp for the kids.

Bill Latham and Al Roberts of the Eat Here restaurant group started Babalu Tacos & Tapas in 2010, and it's become a destination for cocktails, tacos and Latin-inspired dishes.

Babalu serves a variety of tacos ranging from pork-belly carnitas to house-smoked chicken and fresh fish. The menu's tapas section has plenty to offer, too, such as braised beef short ribs with grits, lamb sliders and spice-seared rare tuna.

Few better places in Jackson exist than the porch at Babalu, with its hilltop view of Fondren. Soak up the sun (or moon) and atmosphere with a Baba-rita or two. Nearing its third birthday, Babalu may have lost its new restaurant glitter, but on any given night it still has a line out the door, and it's no wonder.

For a healthy lunch, try Bruno's Adobo on the ground level of the Standard Life Building. Adobo celebrated its one-year anniversary Aug. 20. Luis Bruno is executive chef of the Latin and Caribbean eatery.

City Grille opened its doors in February. On Aug. 15, the family-owned restaurant won "Best Overall" and "Best Taste" at Madison's Night Out at the Madison Square Center for the Arts.

The menu includes sandwiches, chicken dinners, salads, catfish plates, ribs and desserts. Choose the "Deli Meal" to include a s side and drink with a corned beef Reuben, Cajun, roast beef, ham, smoked turkey or tuna sandwich or Frisco Burger.

Frisco Deli is a hometown favorite in Pearl, with a 95 percent approval rating on Urbanspoon and comments like, "Love me some Frisco Deli!" and this: "Had a Reuben, and it was delicious. The staff was friendly and patient even though the place was packed. Great place to eat."

Fate. That is the meaning behind the name of Brandon's Kismet. The first owners, Lee and Kathy Kennedy, grew up together. When they were 5 or 6 years old, Kathy told Lee they were going to be married. And they did. They opened Kismet in 1991, later selling it to Jason Shepherd and Jackie Barnes.

Kismet offers entertainment throughout the year, including in-house mystery shows by The Detectives Mystery Dinner Theatre, including the special Halloween and New Year's Eve show.

Lee Harper and Alexis Spencer-Byers of Koinonia Coffee House open its doors each weekday morning for food and fellowship. The coffee house has a variety of selections to help keep the conversations rolling. Try an espresso to perk up or a Coco Mocha Nut frappuccino to cool down.

The lunch menu includes a roast-chicken sandwich and apple-cider chicken salad sandwich, both served with leafy greens on wheatberry or other choice of bread. Koinonia also offers garden and grilled-chicken salads. Treat your sweet-tooth with desserts such as chocolate-chunk cookies, peanut butter cookies, apple pie and cheesecake.

Koinonia is a Greek word meaning communion or joint participation, and the coffeehouse lives up to the name with public events such as Friday Forum each Friday at 9 a.m., featuring interesting and relevant speakers.

When Melanie Smith's son, Kyle, started college at Mississippi State University, Smith turned her passion for cooking into a thriving business. Kyle graduated in 2011 with a degree in business, but Melanie's is still going strong.

Walnut Hills Restaurant is quite possibly one of the best "unkept" secrets in historic Vicksburg. Southern hospitality is well known throughout South, and Walnut Hills captures everything you think you may know about southern cooking and turns it up a notch.

Walnut Hills Restaurant and its three generations of cooks have been causing visitors and locals to loosen their belts since opening in 1980.

Many people eat here because someone recommended it. Even though it has undergone a renovation, this more than 130-year-old house maintained its southern charm, with a wrap-around porch, eclectic rocking chairs and a perfected menu to take visitors to another time.

While it is completely acceptable to eat its well-known and well-loved fried chicken or baby-back ribs with your bare fingers, it is not OK to so with the hand-cut steaks, wild-caught salmon or the always popular pond-raised catfish—no matter how much you may want to.

Any day, good or bad, is better with a little southern cooking. Jacksonians say Pearl's Southern Cooking serves some of the best in town.

Michael Carter and his wife, Virginia, opened the restaurant in October 2012, and they named it after his mother, Pearl.

The restaurant serves buffet-style southern food with everything from cornbread dressing, greens, and fried chicken to banana pudding and peach cobbler. Customer favorites are the rutabagas, peach cobbler, and of course their famous macaroni and cheese.