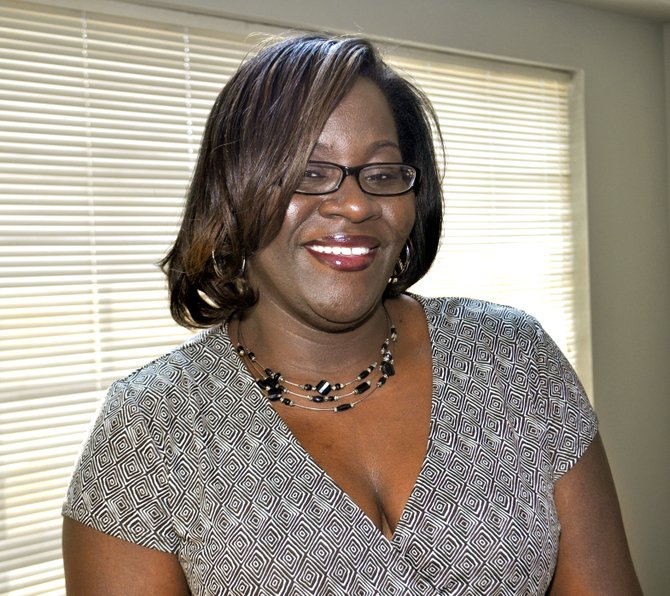 Even with her smooth, tenor-like voice, smart pinstriped suit, and soaring stature of at least 6 feet in heels, Paheadra Robinson is not as intimidating as some attorneys can be. She is poised, humble and compassionate. The combination makes her magnetic and captivating, even to an audience of one.

Jackson native Robinson, 41, is well-suited for her work at the Mississippi Center for Justice, where she is the director of consumer protection. She gushes when she talks about the work the MCJ does, from foreclosure-prevention cases to health-care-confidentiality cases for HIV/AIDS patients.

"It is the best legal work I've ever done," she says. She calls it "walking in her purpose."

With elevated passion, but no less grace, she charges into her pet concern—payday lending. These companies charge more than 10 times the annual interest allowed by banks and credit unions if the loans are not paid off in the short term, Robinson says. Less than 2 percent of their consumers are able to meet the terms of the two-week repayment period. Individuals in a temporary cash crunch become trapped in payments for months later.

For Robinson, it's personal. She relates to the stories of payday-lending victims. Raised by a single mother, her own family sometimes relied on finance companies to meet expenses. When she was in college, she followed suit, until she educated herself and shared her understanding with her family.

Fast forward through college at Tougaloo, law school at Ole Miss, a stint in private practice and some pro bono work, and you find Robinson in her element—using her legal expertise to help people who lack resources to make better choices about consuming credit. She drafts legislation and lobbies policymakers as expected of a legal professional. But she also spends time traveling the state, educating the economically vulnerable.

A servant to the core, her service work extends far beyond the MCJ's offices on the eastern edge of Jackson. She co-founded the Fresh Start Foundation with a friend from Biloxi to benefit Hurricane Katrina victims. She has been a mentor at her alma mater, Lanier High School, and has advocated for better public schools as a parent leader for Parents for Public Schools Greater Jackson. She has three children in JPS.

For Robinson, giving herself away is an expectation instilled through her upbringing. At home she learned to share what small means she had with whomever it would help. She believes that, for herself and for the people she helps, it's not the start, but the finish  that counts.